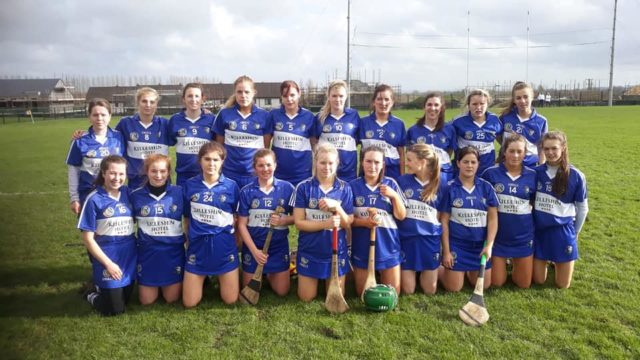 Laois camogie will have their sights set on securing their first win of 2019 as they take on the Dublin intermediate side this weekend.

Camross is the chosen destination for their first home game of the year, having played both Kilkenny and Derry away.

Two losses to these teams means that Laois is now bottom of the group with Dublin – who have played one match so far.

This weekend’s game takes place in Camross on Saturday, March 2 at 2pm.

Laois were hit with two hard knocks already this year – with both Niamh Dollard and Olga Parkinson picking up injuries. Their experience is a great boost for this young side and hopefully we see both return for this meeting with Dublin.

What have Dublin been like so far this season?

So far, this Dublin intermediate side have played, and lost, one game in the league.

Last weekend the Dublin senior team avoided a relegation battle from Division 1 as they defeated Clare, 1-7 to 0-7.

Last Laois met this Dublin side in the league in April of 2018. Here they lost 1-8 to 0-5 away and Dublin dashed Laois’s hopes of making it to the knockout stages.

What other Division 2 Group 3 games are on this weekend?

Also taking to the pitch this weekend are Derry and Kilkenny. Kilkenny are currently on top of the group on six points, while Derry are on three.

The sides meet in Swatragh, Derry, where the Oak Leaft county will hope to go level on points with their Kilkenny rivals.