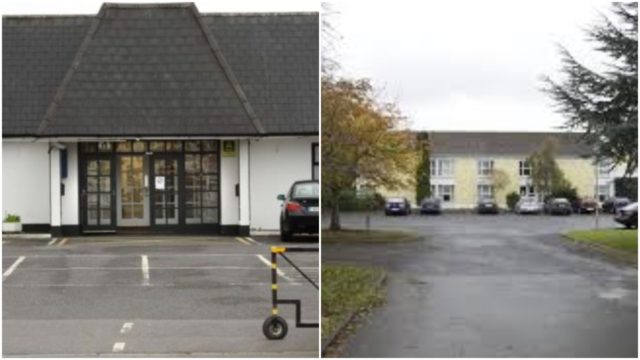 The Department of Justice have confirmed that both the Montague and Hazel Hotel are to be retained for use as Direct Provision Centres for the foreseeable future.

The Montague at Emo and the Hazel in Monasterevin have been utilised on a contract basis by the Department of Justice to accommodate asylum seekers and refugee integration centres.

Contracts to operate the direct provision centres at these locations have been secured for another two years. There is an option to have it extended for a further year.

The direct provision system has come in for much criticism for the lengthy duration of time it takes to process asylum applications, often years; the lack of privacy for families and young children and the restrictive nature of the facilities.

Up until recently asylum seekers were not legally entitled to work. Permission to work has now been granted and in addition the Department has committed to expediting the asylum process as well as improving facilities at the direct provision centres.

The direct provision system operates separately and independently of the UN and EU sanctioned and vetted refugees whose status is resolved before they arrive in Ireland.

They are then afforded a level of other supports in place such as housing, education and integration services in place to assist families arriving from war torn regions such as Syria.

Laois County Council was recently informed that it would be accommodating and assisting about 100 such refugees during 2019.

There are currently 125 people residing in the Hazel accommodation centre, which includes 29 children.

There are 204 people living in the Montague accommodation centre, which includes 37 children.

A regional public procurement process is underway this year for the provision of accommodation and related services to people in the international protection asylum process.

It is a condition of the tender to provide cooking facilities for residents, dedicated living areas for families and dedicated teenagers’ rooms.

A mobilisation period for the successful bidders to carry out any works required to deliver on their proposals is now underway.

Contracts will be commenced upon completion of these works for an initial 2-year period with two potential extensions of one year each.

While the capacity of the centres concerned has not been increased during this round of the competition process, enhanced living conditions are being provided to ensure greater autonomy and independence for residents in line with the Justice McMahon recommendations and the commitment in the Programme for a Partnership Government.

The Department will continue to roll out the regional public procurement process this year and competitions for the Midlands and Mid-West regions are currently ongoing.

Other centres within the Midlands catchment are expected to secure contracts for direct provision services as the procurement process is advanced in the coming weeks.

Almost 6,300 asylum seekers are housed in 38 direct provision centres throughout the country.