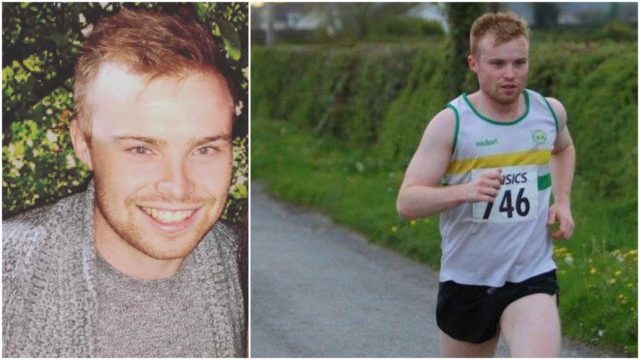 There is deep sadness and shock this morning with the news that a former Knockbeg College student and teacher has passed away suddenly.

James Griffin, from Tullow in Carlow who was just 26-yeas-old, died in Dubai in the United Arab Emirates at the weekend.

A former Knockbeg College student, James went on to work in the school in which he sat his Leaving Cert as a teacher in the ASD Unit.

He emigrated to the Middle East two years ago with his girlfriend Emma and had been teaching out there.

James is survived by his mother and father Theresa and Gay and his twin sister Hilary.

A keen athlete, James was part of the Knockbeg Intermediate Cross Country Team who won an All-Ireland silver medal at the national championships in 2009.

In 2011, he was on the Knockbeg team that won Leinster Senior Cross Country gold.

They said: “St Abbans Ac wishes to send its deepest condolences to the family of James Griffin.

“James always gave everything for the club over the last number of years.

“James was a wonderful character and athlete earning numerous accolades with his club mates, through school, college and beyond.

“Never a dull moment when he was around he will be truly missed by all.”

Funeral details have yet to be announced.

May James Rest in Peace.