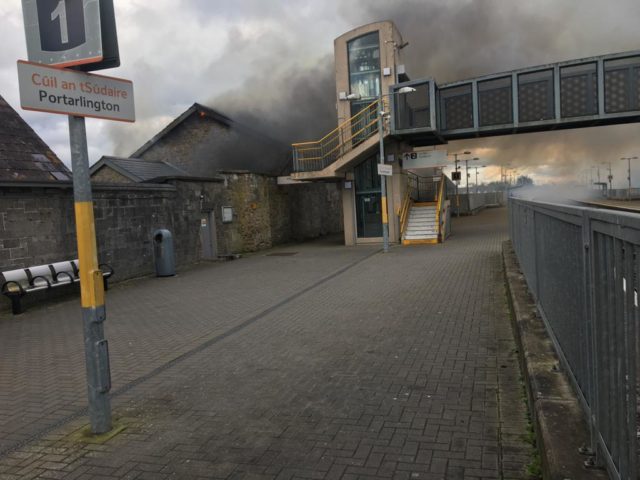 Yesterday a fire broke out in a building adjacent to Portarlington railway station, causing extensive disruption for commuters and damage to part of the station.

Emergency services including ambulances, three fire brigades and Gardaí were called to the scene at Station Road in the town on March 19.

Bus transfers operated from Portlaoise to Portarlington while delays of up to 50 minutes to services out of Heuston were expected as a result of the blaze.

Irish Rail have since issued an update on the fire at one of the busiest commuter stations in the Midlands.

They said: “Portarlington is now fully reopened following the earlier fire adjacent to the station building.

“Trains to and from Dublin have resumed.”

There is now significant damage to the maintenance building as a result of the fire.

“It turned out to be a maintenance wagon on the maintenance building on the train station premises.

“Passengers were evacuated from the station and then we commenced tackling the blaze.”