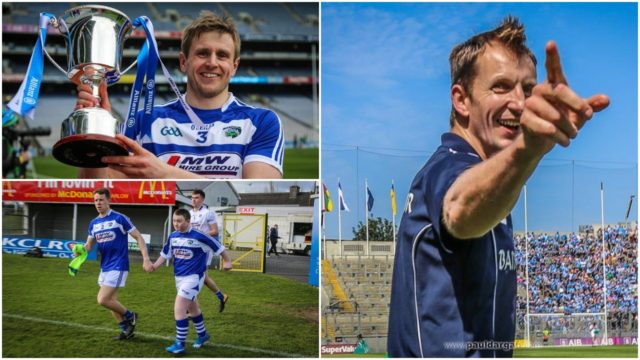 The Laois senior footballers face Carlow on Sunday in the final round of the National Football League.

With relegation and promotion potentially at stake for both of the teams, it is set to be a very exciting afternoon in O’Moore Park.

There are multiple permutations and we have done our best to explain them in an article we posted yesterday.

But ahead of Sunday’s big game, we have decided to look back on the three clashes between Turlough O’Brien and John Sugrue’s men.

Laois won all three encounters but between Twitter/Instagram spats, horrific injuries and dramatic endings – the games were far from boring. 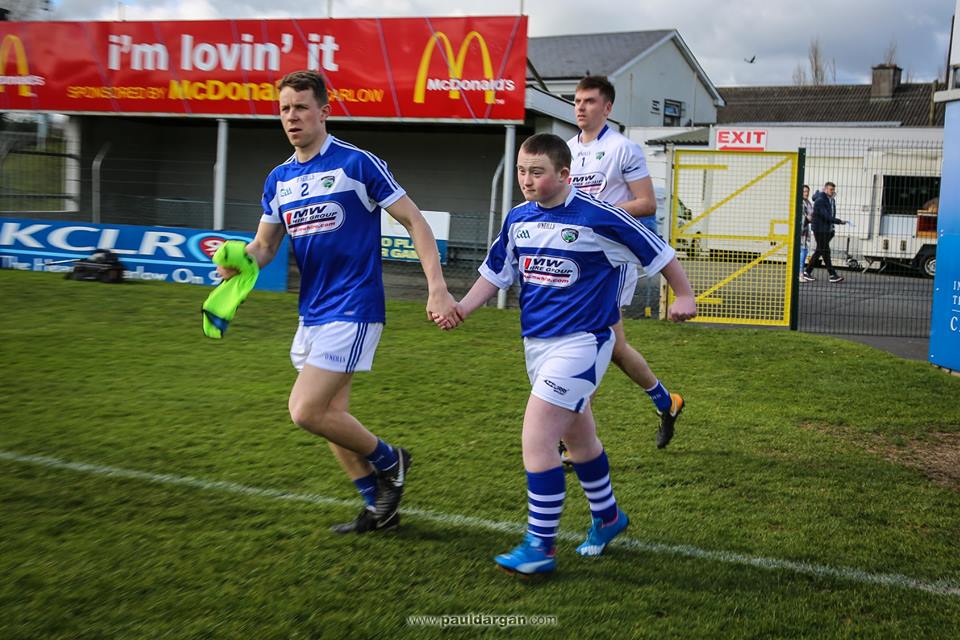 Laois’s game the previous week against Antrim had been postponed due to bad weather while Carlow’s had gone ahead and they had won meaning they were already in the league final regardless of the result of this game.

If they had beaten Laois, John Sugrue’s men would have had to play Antrim the following week in order to reach the final but a Gary Walsh goal straight from the throw in gave Laois an early cushion that they would need.

Carlow funneled men behind the ball and it made for a game that was more like chess than football at times.

Laois led 1-5 to 0-5 at the break and although they only scored one more point in the second half, it was enough to hang on.

They also managed to survive the dismissal of Kieran Lillis after 58 minutes and a late goal-line scramble to win 1-6 to 0-8 in the end. 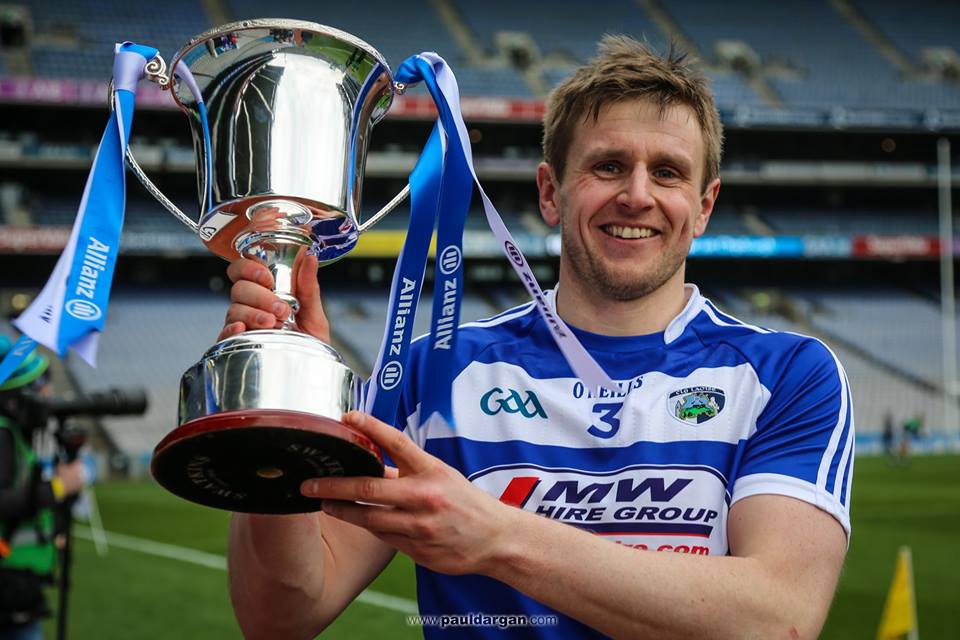 Six days later, the Laois and Carlow met again in the Division 4 final in Croke Park.

The build-up to the game had been over-shadowed by the dropping of Gary Walsh, who was the top scoring forward in the country at the time, following a Tweet he had made about the Belfast Rape Trial.

Evan O’Carroll also missed the game through injury so Eoin Lowry and Ross Munnelly came into the side in their place.

After a dour affair in Carlow the previous week, the open space of Croke Park provided for a far more entertaining affair with Laois once again making a good start and leading 0-10 to 0-5 at half time.

Carlow did come back at them in the second half but Laois had enough of a cushion built up and Stephen Attride became the first Laois captain since Ian Fitzgerald in 2003 to climb the steps of the Hogan Stand to accept the cup.

The win came at a cost though as in the celebrations that followed, Laois footballer Daniel O’Reilly was assaulted on a night out and sustained a serious head injury that would rule him out for the remainder of the season.

There was also a clash between Robbie Pigott and Brendan Murphy on Twitter/Instagram – but both men would subsequently emigrate to the USA for the summer and didn’t meet again. 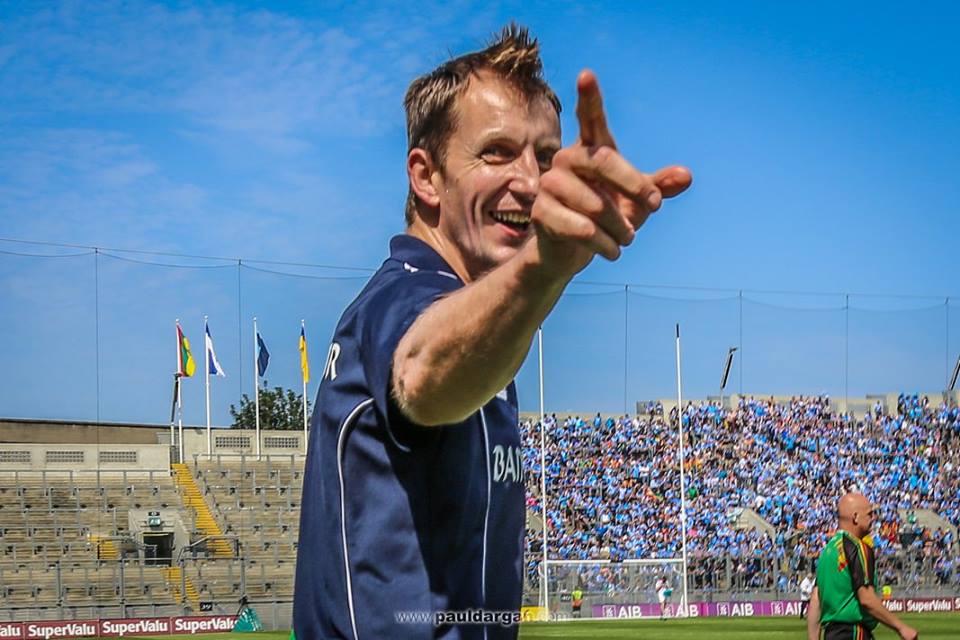 Two and a half months passed before Laois and Carlow clashed for the third and final time in 2018 – in the Leinster championship semi final.

Laois reached this stage after wins over Wexford and Westmeath and were looking to reach their first Leinster final since 2007.

In a tight, tense, low scoring game, Laois got the better of their neighbours once again to bring John Sugrue’s winning streak as Laois manager to ten games.

Reminiscent of Donegal against Dublin in 2011, Carlow packed their defence from the start, 14 men in their own ’45 with only Paul Broderick left up front.

But as in the two previous meetings, Laois got ahead on the scoreboard early and led by 0-6 to 0-3 at half time.

Carlow narrowed the deficit to the minimum after 50 minutes but Laois kicked on again and won by 0-12 to 0-8 in the end.

The only downside from the game for Laois was the loss of their captain Stephen Attride to an horrific head injury.

The Killeshin man put, in the words of Midlands 103’s Jack Nolan, his head ‘in where you wouldn’t put a shovel’.

He collided with Ciaran Moran’s shin and was left unconscious for several minutes on the Croke Park pitch. It subsequently ruled him out for the remainder of the year.

Coronavirus: No new deaths but 18 new cases as video of street drinking emerges