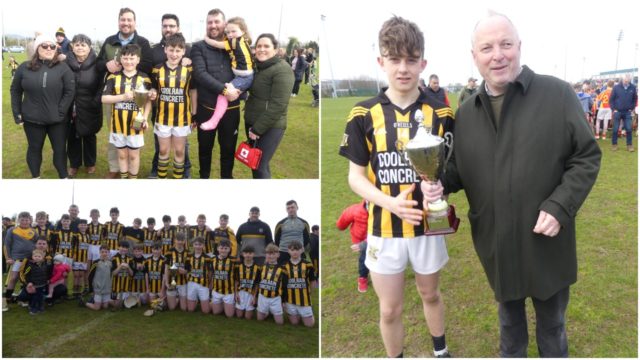 Ben Deegan accuracy from frees was crucial as Camross claimed Feile hurling ‘A’ glory in the LOETB Centre of Excellence this evening.

Deegan hit six unanswered second half scores from placed balls and they proved the difference in the end as that was the margin of victory.

The Harps were very competitive in this game but it was their failure to score enough when they had the wind advantage in the first half that proved to be their ultimate downfall.

Camross made the perfect start to the game when a high ball towards The Harps goal was stopped on the line by keeper Martin Drennan but corner forward Scott Holmes was on hand to tap the ball into the net for what turned out to be the game’s opening score.

Camross did have plenty of possession in the first half but they didn’t score again and that was largely down to the exploits of The Harps full back Ciaran Flynn who really caught the eye with a series of impressive interceptions, tackles and blocks over the course of the game.

The Harps opened their account towards the end of the half through full forward Lochlan Curran and this seemed to settled them down.

Points from Ross Deegan and Liam Kirby brought the half to a close and the sides were level at 1-0 to 0-3.

Camross turned with the wind at their backs and the imperious Deegan regained the lead for Camross with the first of his frees.

The Harps then had a great chance to regain the advantage when Liam Kirby broke through but his low shot just went wide of the post where Eoghan Murphy was trying desperately to get what would have been a crucial touch to the sliotar.

Camross steadied again though and Deegan showed remarkable composure to slot over five more frees from varying angles and distances to ensure the title would be heading back to Camross. 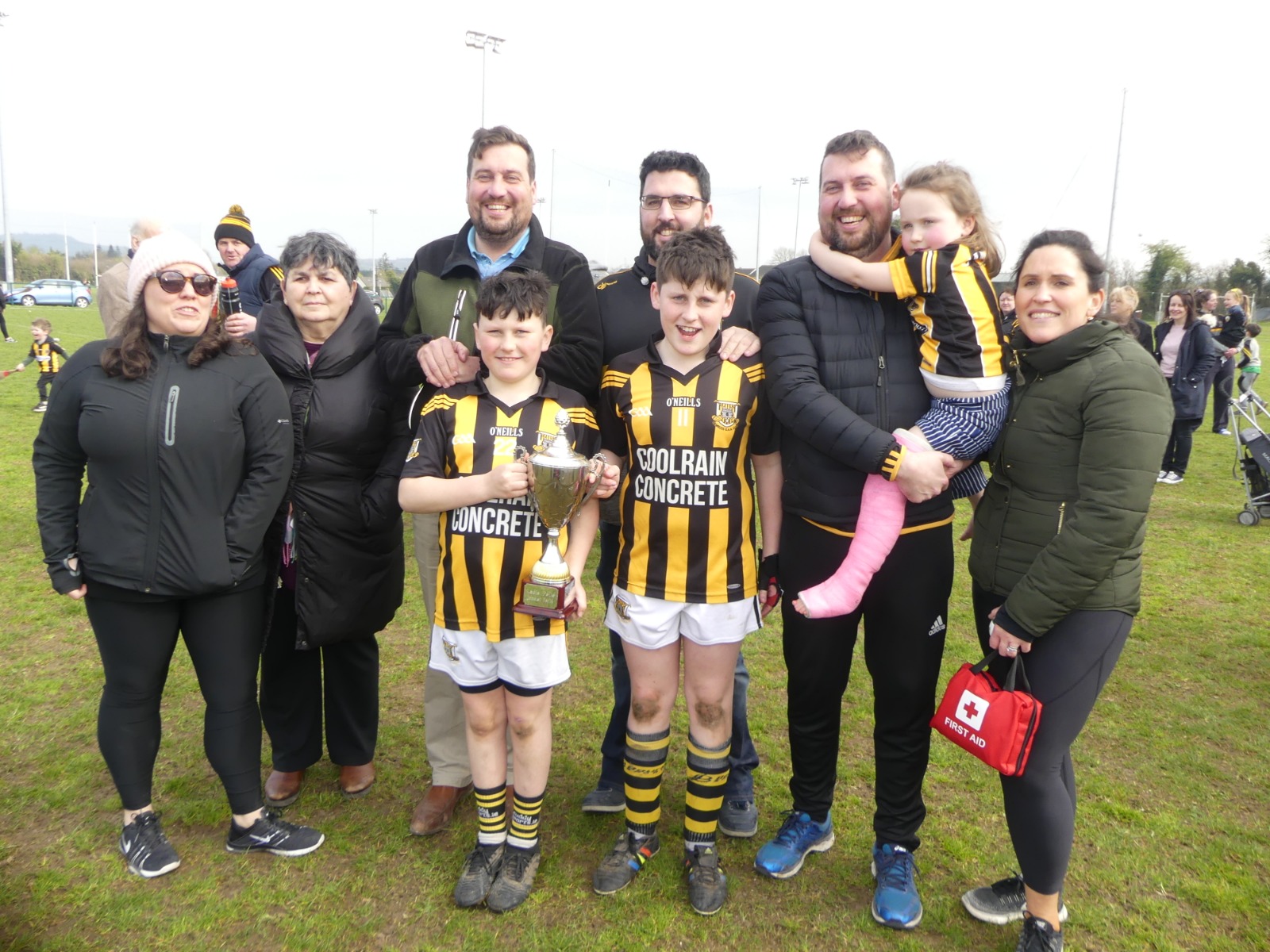 Camross will now go forward to represent Laois at the All-Ireland Feile competition in the summer.