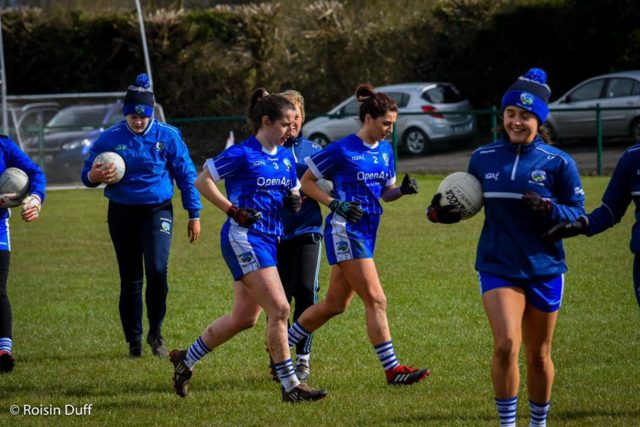 This weekend sees Laois travel to their last game of the league, playing Cavan.

Here is all you need to know before the game:

This round seven fixture takes place in Crosserlough, Cavan, on Sunday April 7 at 2pm.

Cavan are currently fifth on the leaderboard behind Armagh, Waterford, Kerry and Clare. They’ve recorded three wins and two losses so far, and have yet to play two games – Laois and a rescheduled fixture against Kerry.

They defeated Tyrone in the opening round – 13 points to 3-4 – but lost heavily to Armagh in their second game of the league.

They bounced back to defeat Clare 2-11 to 2-8 but lost to Waterford by a single point a week later. Clare came out on top of their latest fixture, defeating Wexford 3-13 to 2-9.

Who’s managing Cavan and what players should we watch out for?

Armagh man James Daly is over the Cavan side. Aisling Maguire and Sheridan sisters Mona and Aisling from Mullahoran are ones to watch out for in this battle.

In 2017, Cavan were the team which sent Laois out of the All-Ireland qualifiers. The Breffni county need to make it three wins from three to have a chance at a spot in the league semi-finals.

What have Cavan been like in the last couple of seasons?

Cavan are operating at senior level in ladies football. Last year, they came bottom of group four between themselves and Dublin and Mayo.

They avoided relegation from the senior championship thanks to superb second half comeback, with Aisling Maguire playing a stellar role that day.

The Breffni county have reached the last two league finals, missing out on the top spot each time.

Des McEnery referees this final league game for Laois. The Westmeath native is a familiar face for the Laois ladies, having refereed their first round meeting with Armagh this February and their clash with Wexford on St Patrick’s Day.

He was also the man in the middle at last year’s intermediate Leinster final between Laois and Wicklow.

There are three other division 2 games being played this Sunday. These are:

It’s €10 to get in for adults and €5 for students and senior citizens.