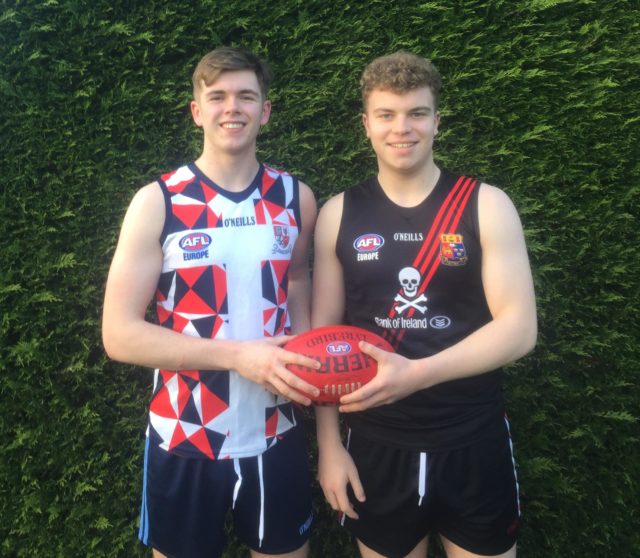 Two Laois men have been selected on the first ever Irish Universities AFL squad.

Oisin Fitzpatrick from the Spink and Donal Sinnott from Shanahoe were chosen as part of Brian Currane’s squad for the first ever Irish Universities team.

The two Laois men have been named in the side that will play against England Universities on Easter Saturday, April 20 in Dublin.

“It is a great honor for the lads as they are the first students to represent their country in Aussie Rules, and play in the first ever Full International Universities Match to be played anywhere in world wide Aussie Rules,” said Currane.

Both a men’s game and a women’s game will take place at the National Sports Campus this Saturday.

Below is a full list of the Irish squad and colleges:

The following players are named as an Emergency Reserve list: