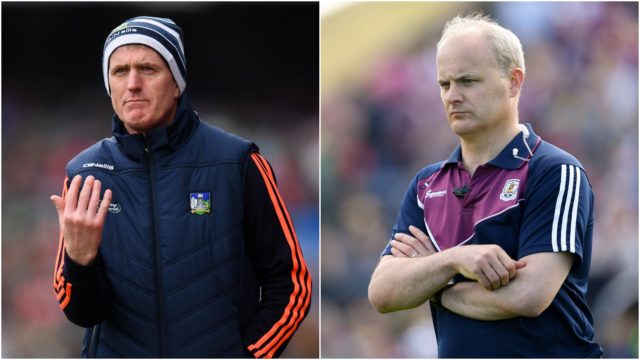 The last two All Ireland hurling winning managers will speak at breakfast event in the Killeshin Hotel and Leisure Club in Portlaoise next week.

John Kiely and Micheál Donoghue are are the last two winning managers of the All Ireland and will offer their insights into what was required to win an All Ireland after several barren years for both Limerick and Galway.

Laois manager, Eddie Brennan, who has eight All Ireland medals to his name and 11 Leinster titles is also part of the panel.

There will also be a preview of the upcoming hurling championship, which promises to be one of the most exciting in years.

The breakfast starts at 7.30am sharp and will be finished by 9am.

The Killeshin Hotel has a long association with GAA events in Laois over the year and is a popular venue for Dinner Dances and club functions.

Killeshin Hotel owner Pat McDonagh of Supermac’s fame is the sponsor of the Galway GAA teams while manager Michael Murphy is well connected in GAA circles too.

Proceeds from the event will go to The Harps GAA Club. Tickets are available at The Killeshin Hotel by calling 057 8631200