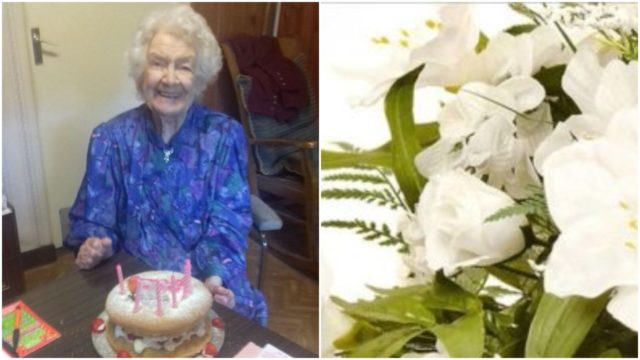 Barrowhouse GAA club have paid their respects after the passing of May Gibson on Friday April 19.

May lived to the age of 101 year and was fondly remembered by all those who knew her.

May’s son Ger is involved in Barrowhouse GAA club and the club paid their respects to May last night, Friday April 19.

“Our sincere condolences to Ger Gibson and family on the passing of their beloved mother May Gibson.

“May was such a inspiration to us all in her 101 years in this life, and we will all miss her dearly in the community of Barrowhouse and will always cherish the memory’s of May. She will always be remembered in our prayers,” said club member Keith Langton.

The club was originally founded in May’s homeplace, ‘The Forge’ back in 1919, and Whelan and Gibson family have a proud tradition and history within the Barrowhouse community.

May passed away in the loving care of the staff of Cloverlodge Nursing Home, Athy. Wife of the late Thomas.

Reposing at Rigney’s Funeral Home, Athy from 6pm on Saturday evening with Rosary at 8pm. Removal at 6.30pm on Sunday evening to arrive at St. Mary’s Church, Barrowhouse for 7pm.

Requiem Mass on Monday morning at 11am followed by burial in the adjoining cemetery.