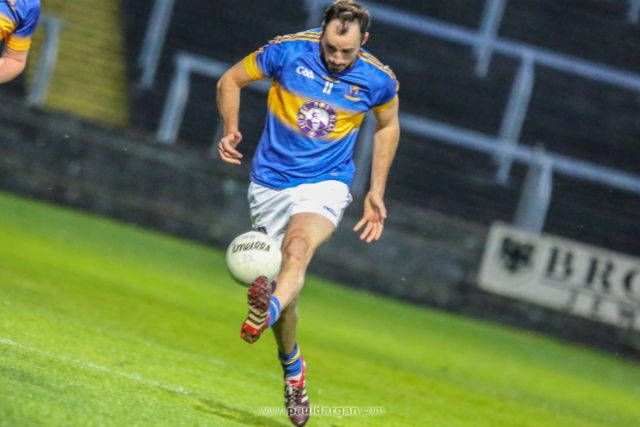 Reigning league champions O’Dempsey’s are up to second place in ACFL Division 1A thanks to a six-point win over The Heath this evening.

The Killenard men have won the last two league titles and appeared the county final last year for the first time in 35 years.

And they’ve made a good start to this campaign too, their third win in four games moving them second behind Portlaoise – the only side they’ve lost so far.

O’Dempsey’s, now back under the management of club legend Eddie Kelly, got off to a dream start and raced into a 1-4 to 0-0 lead early on, the goal coming from Mark Barry after a fine move.

The Heath found their rhythm, however, and goals from Andrew and Ciaran Booth got them back into contention.

At half time O’Dempsey’s led 1-8 to 2-3. Jimmy Nerney and Chris Bergin were to the fore early in the second half as The Heath took the lead for the first time but O’Dempsey’s settled and a goal from Shane Nerney swung the game decisively in their favour and they had six points to spare in the end.

O’Dempsey’s play St Joseph’s next week while The Heath are away to Portarlington.