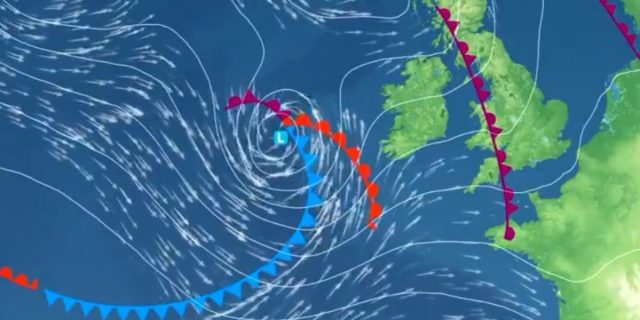 Warnings have been issued for people to take care as Storm Hannah approaches Ireland from the Athlantic, bringing with it gusts of up to 130 kilometres per hour.

A status yellow wind warning is in place for Laois and 15 other counties from 11pm tonight until 9am tomorrow morning.

However Midlands Weather Channel have warned of a ‘possible red weather warning’ – the highest level possible – for some parts of the country.

“Disruption to power services is highly likely across a large swathe of Munster and South Leinster. Damaging winds are also likely to lead to fallen trees, especially considering that trees are well leafed at this stage.

“Dangerous driving conditions are likely in many parts of Munster and South Leinster between 15:00 and 23:00 with all unnecessary journeys to be avoided where possible,” Cathal added.

The Road Safety Authority has asked road users to exercise caution during the weather.

Road users are asked to be aware of objects being blown out onto the road and to expect the unexpected.

Those cycling are asked to be cautious also, and drivers should allow extra space between themselves and other road users such as cyclists.

Met Éireann has warned people in Clare, Cork, Kerry and Limerick to be prepared for “possible disruption and power outages”.

Mostly cloudy with outbreaks of rain today but some dry periods also. Winds will increase over southern and western parts of the country from late afternoon, with severe and damaging gusts developing in the southwest of the country as Storm Hannah approaches. Highs of 8 to 12 C. pic.twitter.com/N2EZtCs7st

SEE ALSO – From being given a 50/50 chance at birth, little Evie Delaney is thriving thanks to community support