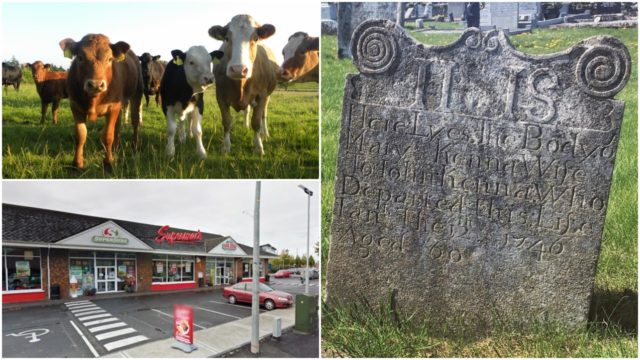 The Laois people on Twitter have come up trumps once again.

Walking into Mixer on a Friday pic.twitter.com/1DH3lUgHeM

The life of an international footballer

Cattle only break out on Sunday’s

Going for a walk in the woods around #emocourt in Laois. So peaceful and beautiful. pic.twitter.com/0N7Ub00dr8

Some nice spirals on this 18th century headstone at Oughaval graveyard, Co Laois. It’s dedicated to Mary Kenna who died in 1746 pic.twitter.com/3FI3XOBvxj