Stradbally Town have ended their 13 year wait for silverware as goals in either half saw them past the challenge of league champions Gentex in Leah Victoria Park this afternoon.

Derek Beale’s Stradbally scored goals in either half, through their two best players on the day Jody Dillon and Benny Lawlor, in a dramatic affair that saw them forced to play for almost 25 minutes with ten men.

Centre half Billy Murphy was given his marching orders after picking up a second yellow card with 67 minutes on the clock but Stradbally coped with the numerical disadvantage very well.

They led 1-0 at the time and actually scored a second while a man less before a late Gentex goal made them sweat through five minutes of injury time.

Stradbally began well with teenager Jack Langton down the left and his uncle Jimmy on the right causing Gentex problems with their pace.

However, the Athlone men, who claimed the Division 2 league title a few weeks ago, slowly grew into the game and they began to trouble the Stradbally defence with a series of high balls into the box which centre halfs Billy Murphy and Ray Mullally.

On the half hour mark a cross into the box fell at the feet of the Gentex striker but his shot was brilliant saved by keeper Wayne Comerford.

This stop would prove crucial as moments later, Stradbally had the ball in the Gentex net.

Jack Langton’s free kick was kept alive by Richie Ryan and he forced the ball out to Benny Lawlor who broke down the wing before crossing the ball into the path of Jody Dillon who cushioned it beautifully into the net.

Stradbally had a couple of half chances before half time with a free kick from Podge Fitzpatrick just whistling over the bar as the sides headed for the interval with the score at 1-0.

The early stages of the second half saw Stradbally soak up plenty of Gentex pressure and look to hit them on the counter attack with the pace of their front four.

This tactic almost paid off on the hour mark when Benny Lawlor got through but the Gentex keeper denied him from a narrow angle.

Stradbally were then reduced to 10 men but despite having the majority of the possession, Gentex failed to trouble keeper Wayne Comerford.

And with two minutes of normal time remaining, substitute Damien Murphy set Jody Dillon clear and he showed incredible composure and unselfishness to pass the ball around the keeper into the path of Benny Lawlor who calmly stroked it into the empty net.

But Gentex refused to give up and they scored just as the game entered what would be six minutes of injury time.

However, Stradbally stood firm and claimed the cup – their first success since 2006.

Their season is not finished yet as they face Derry Rovers in the John Farrell Combined Counties Cup Semi Final next weekend. 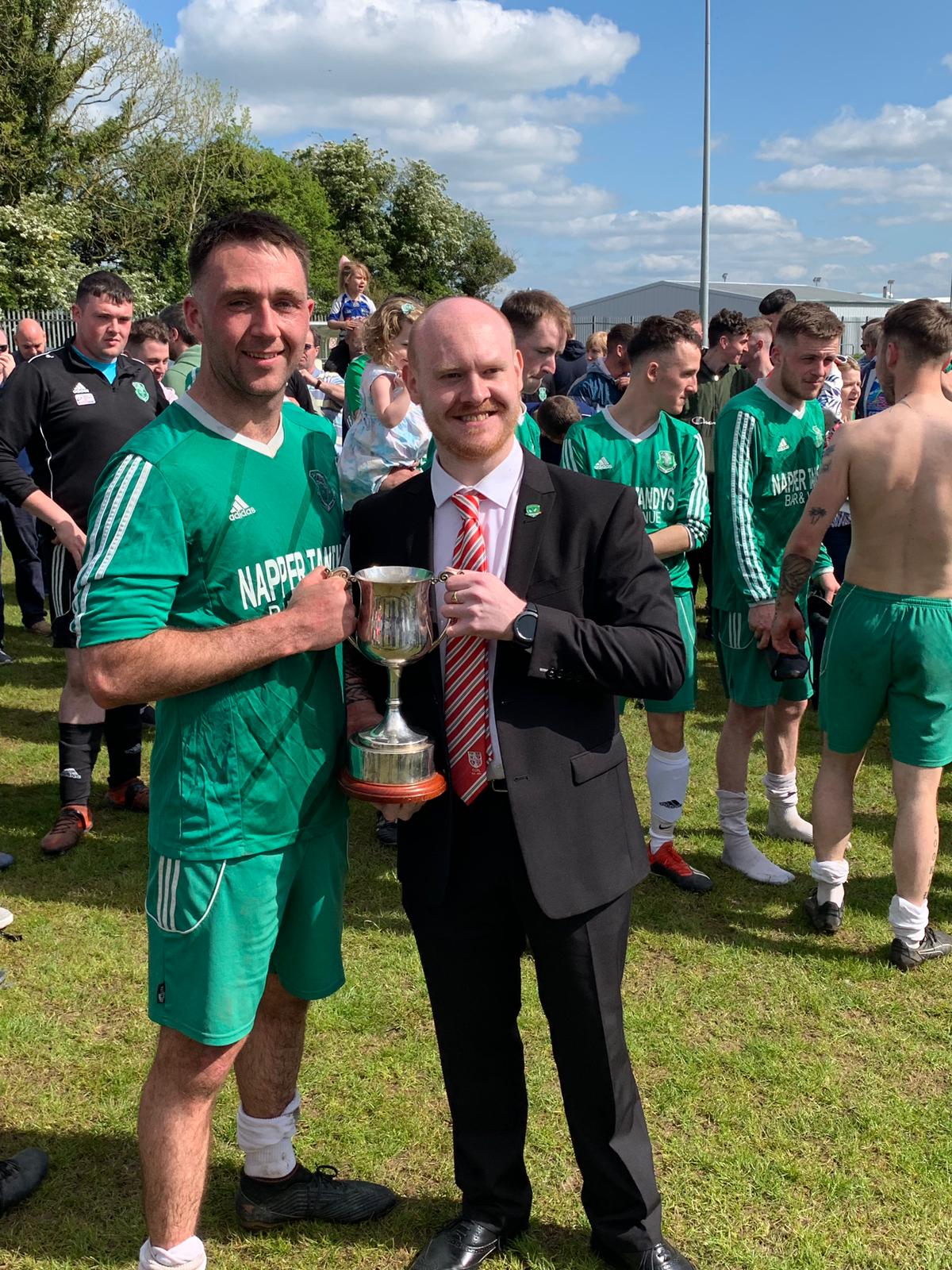 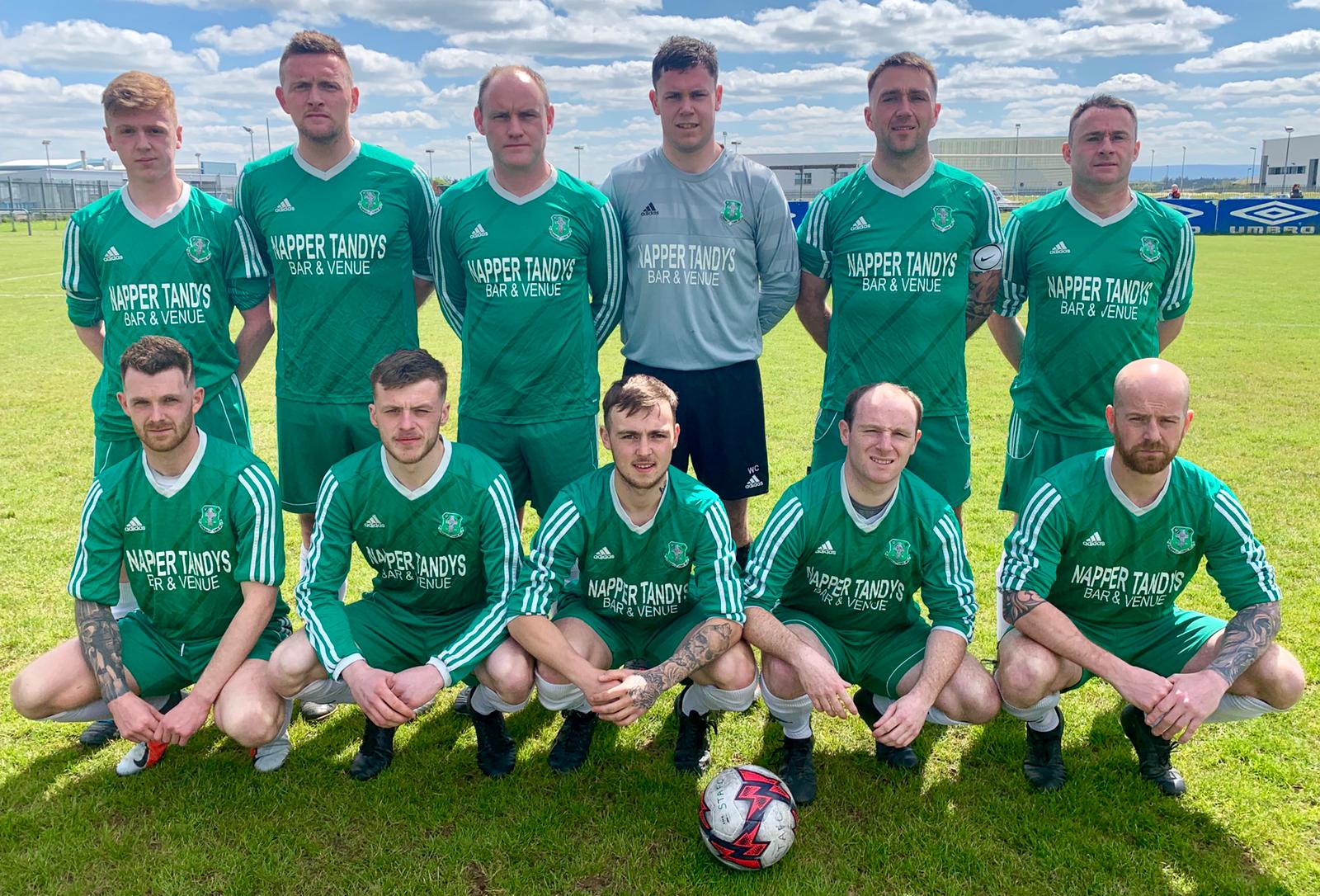 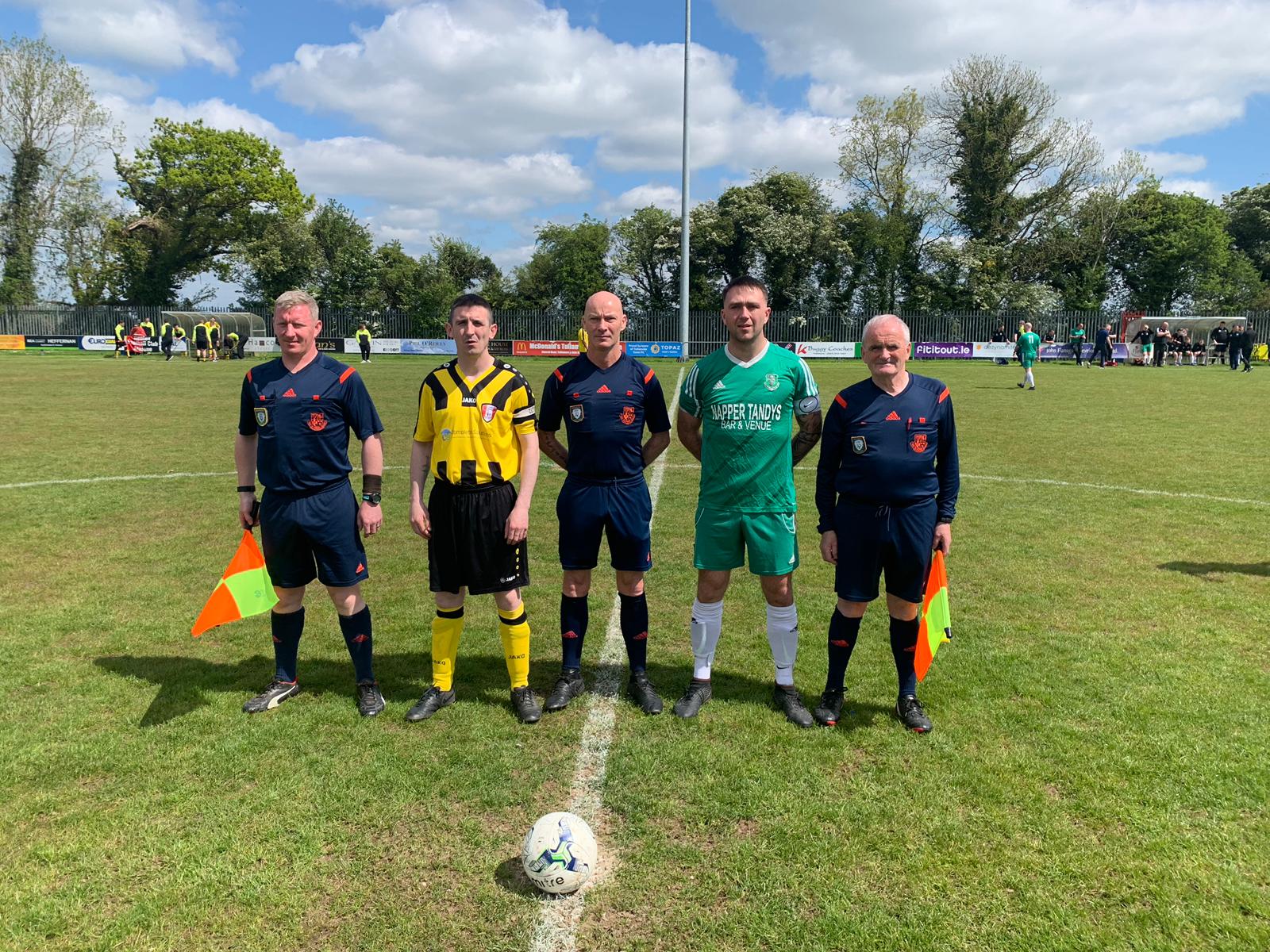 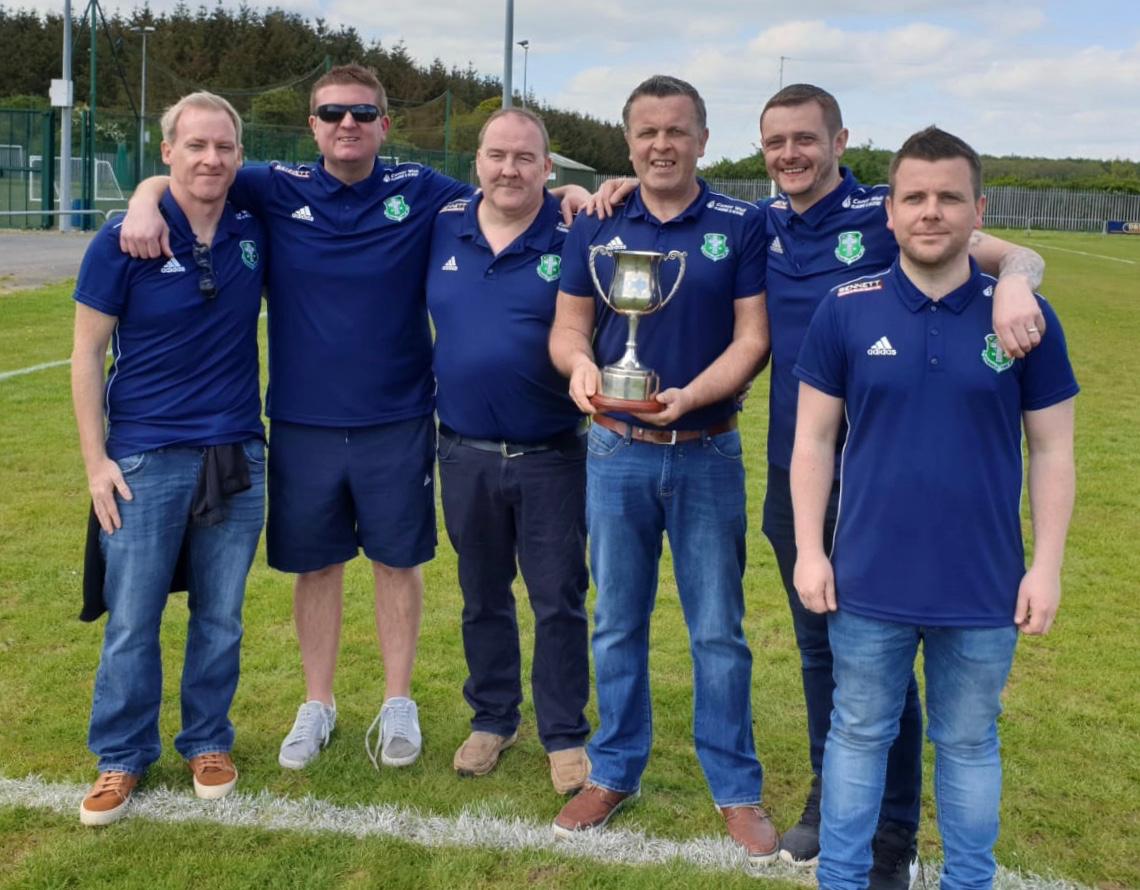 It was a very disappointing day for almost all of the other Laois teams involved in action today.

The game went all the way to penalties but it was the men from Offaly who claimed victory with a 5-4 shoot-out win.

Rosenallis’ Division 1 league title hopes were also ended as they went down 3-1 to Walsh Island Shamrocks in a league playoff.

Meanwhile, Clonaslee United’s Division 1 cup semi final ended in a 3-2 defeat to Coolraine in a game played on Saturday.

The only other Laois winners on the day were Mountmellick Celtic as they kept themselves in the hunt for Division 4 glory with a 4-0 win over Clara United.

In Carlow, Crettyard’s cup campaign has been ended at the quarter final stage as they went down to fellow Laois side St Patrick’s Boys 2-0.