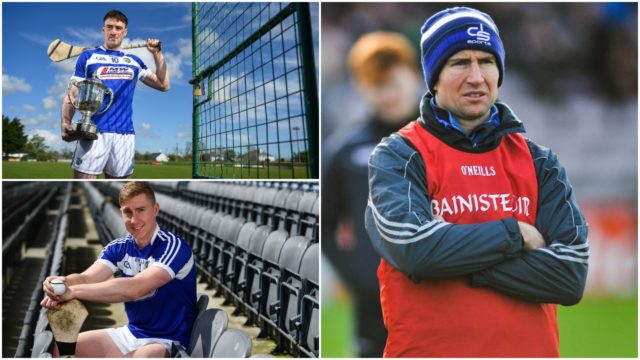 Last month, the Laois senior hurlers were handed a huge boost with the news that forward and former captain Ross King had returned to the panel.

The Rathdowney-Errill man, who was named on the Joe McDonagh team of the year in 2018, decided to step away from the panel at the end of last year and missed all of the 2019 league campaign as a result.

However, he returned to training at the start of April and is now firmly in the frame to make an appearance against Offaly in Round 1 this weekend.

Speaking ahead of that game in Tullamore on Saturday, captain Paddy Purcell, who succeeded King in that role,

He said: “It has been a massive boost. Ross was captain for the last two years and he has been around the scene for the last five or six years so he brings real experience with him.

“He is absolutely flying it in training and I’m sure he’s giving Eddie and the selectors a real headache.”

Manager Eddie Brennan echoed Purcell’s comments and says that Ross has hit the ground running since his return.

He said: “It was just a matter of timing to a degree and I think he is an addition to the panel.

“That is the key to it really – if somebody is going to come into a panel, they have to add to it.

“He is another cog in the wheel of the squad. Ross is in good shape and he has hit the ground running since he came in and shown a good attitude.

“It has been seamless and it is all building to the squad and the team getting the result this weekend.”

Laois face Offaly in O’Connor Park in Round 1 of the Joe McDonagh Cup on Saturday May 11 at 7pm.