History has been made in Energia Park in Dublin this afternoon as Mountrath Community School claimed their first ever rugby title.

This is an absolutely remarkable achievement for a side who were competing in this competition for the first time ever.

The side, coached by Colm O’Toole and Stephen O’Sullivan, breezed through to today’s decider with Ballymakenny following a strong of fine wins.

And while today’s final was undoubtedly a tougher affair, Mountrath dug deep to pull off a five point victory.

One of those was converted by captain Joseph O’Toole who would later climb the steps in Energia Park for the second time in the last couple of days.

O’Toole, along with Eli Heffernan and Michael O’Brien, were part of the Portlaoise team that defeated Tullow to claim the Leinster U-16 Plate in Dublin on Monday.

They and their teammates celebrated a brilliant victory which heralds the start of something new and exciting for all in Mountrath CS. 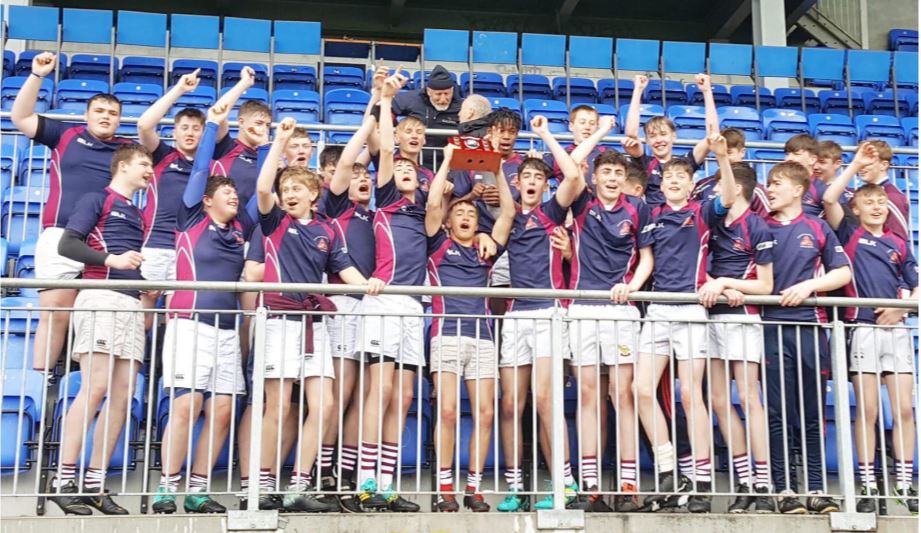 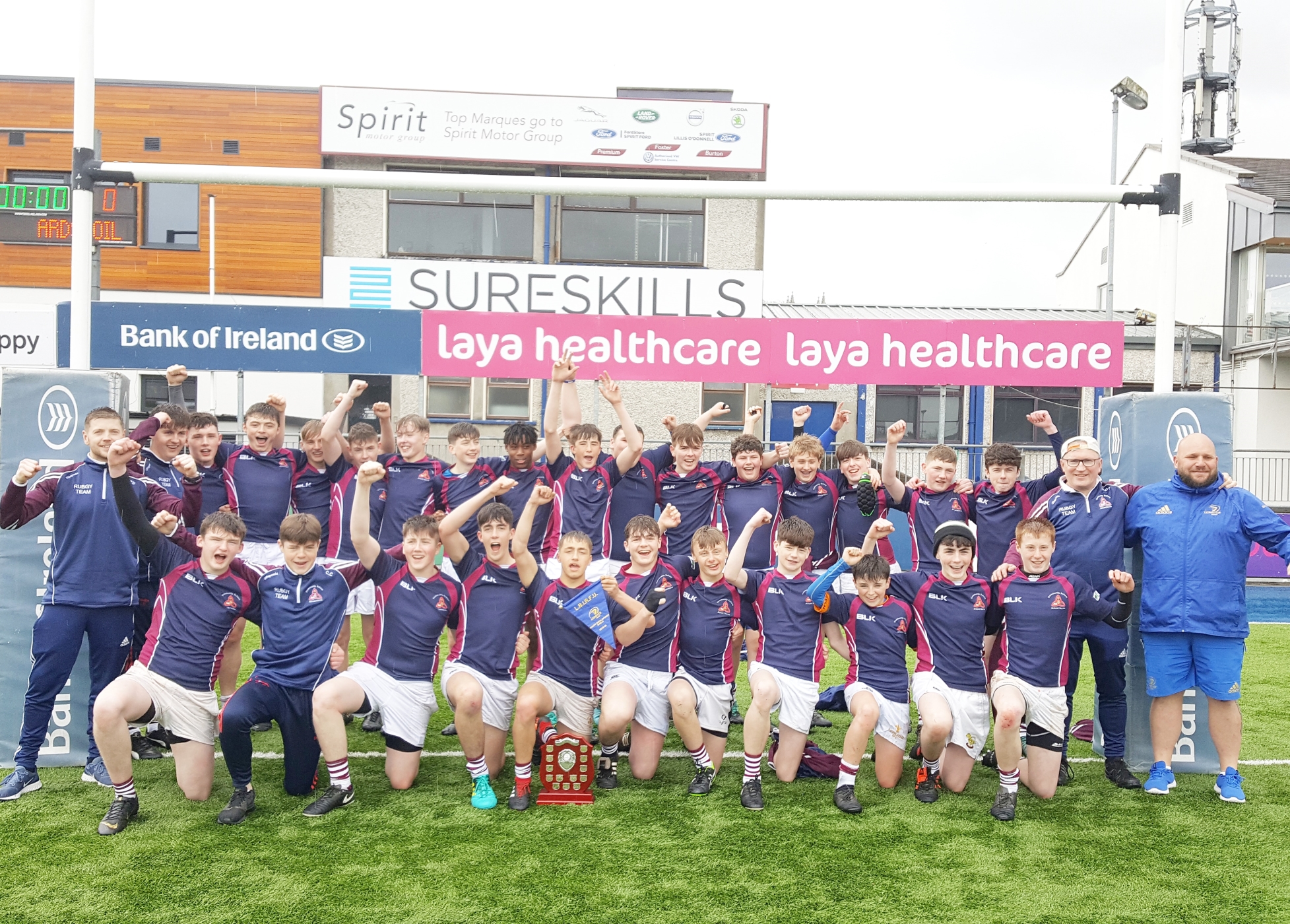 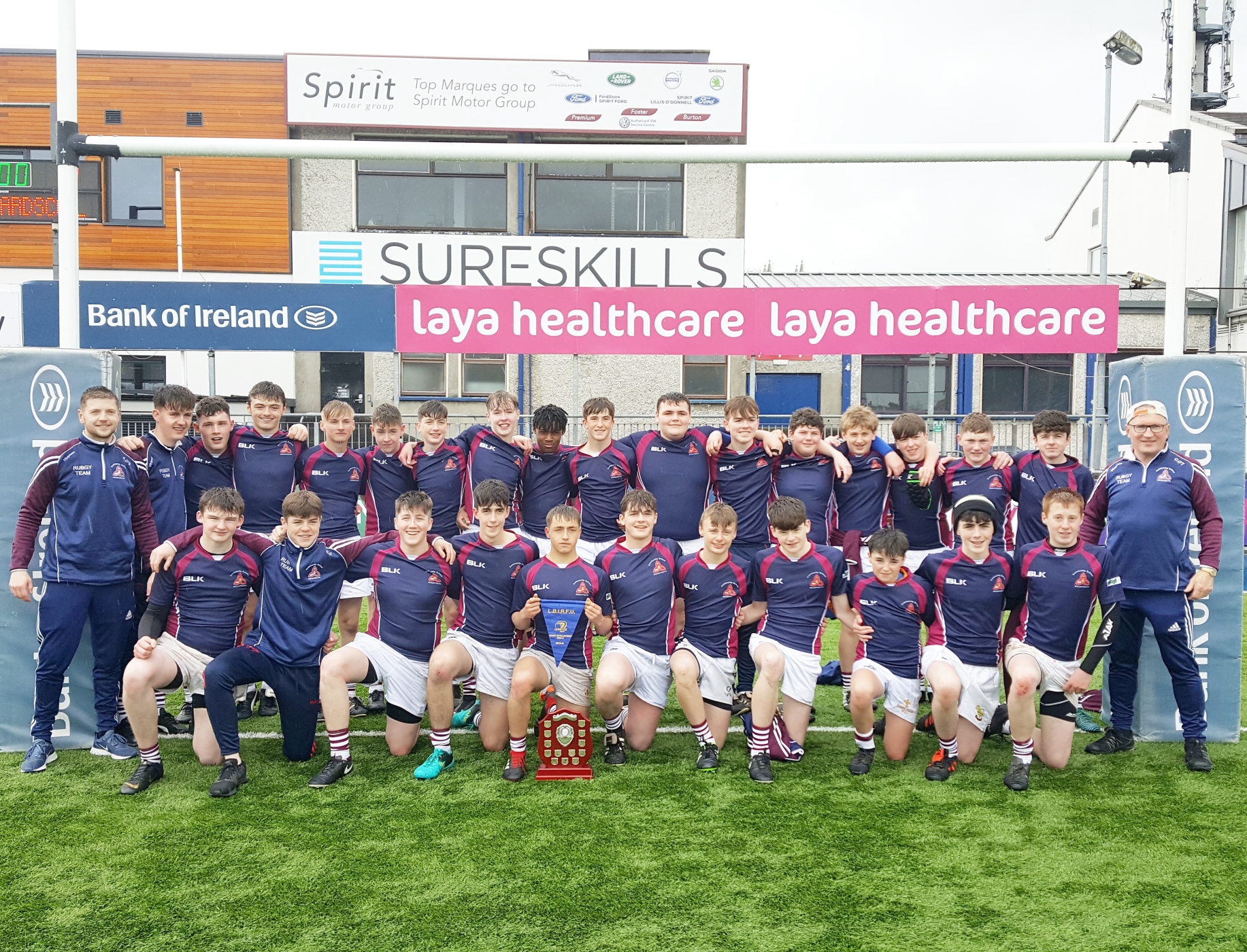