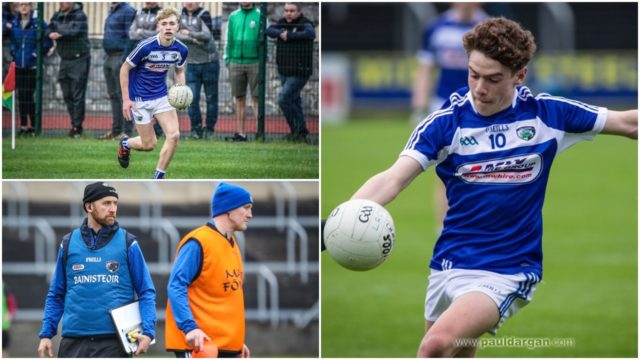 The Laois minors defeated Westmeath and went top of Group 1 in the Leinster minor football championship in one of the most crazy games of football to have ever taken place in O’Moore Park last night.

Donncha Phelan’s charges looked dead and buried at half time as they trailed by seven points but they somehow managed to come back and win by one.

It was such an action packed hour of football that Talking Points are required in order to get a full picture of exactly what happened.

Every team needs a good captain and by God have the Laois minors got one in Sean Greene.

When Laois were under the cosh in the first half, he was the only back to routinely win possession of the football and try to calm things down. Westmeath forward Dan Leech kicked three points in the first two minutes but barely touched the ball after that when Greene was moved on to mark him instead.

He stepped that up in the second half with a string of fine interceptions before his defining moment came in the sixth minute of injury time.

Westmeath wing back John Gahan unleashed a shot which would almost certainly have went over and snatched a draw for his side but Greene threw his whole body at the ball and remarkably blocked down the shot. 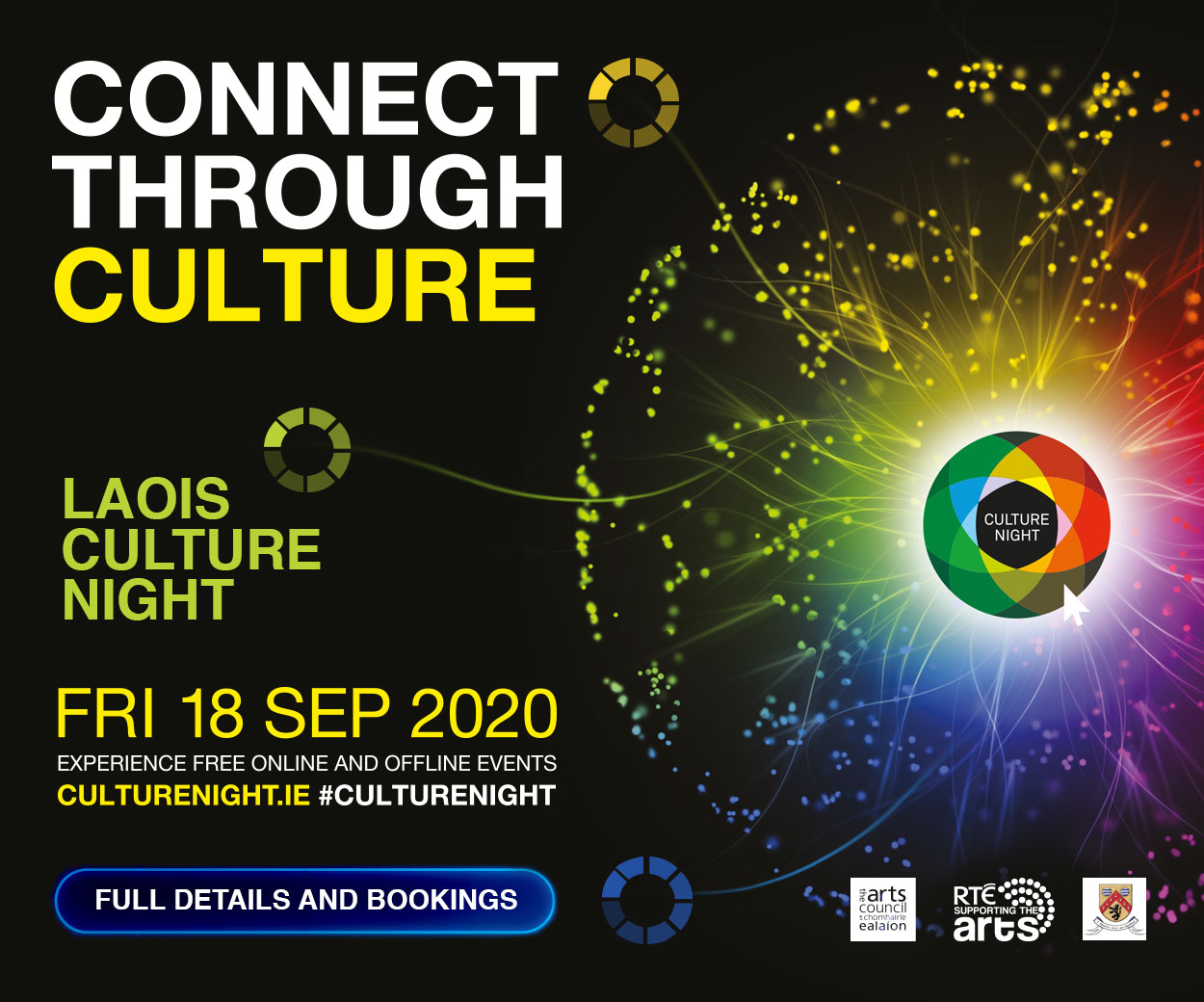 It was an incredible act of bravery that sees Laois sitting top of the group today. 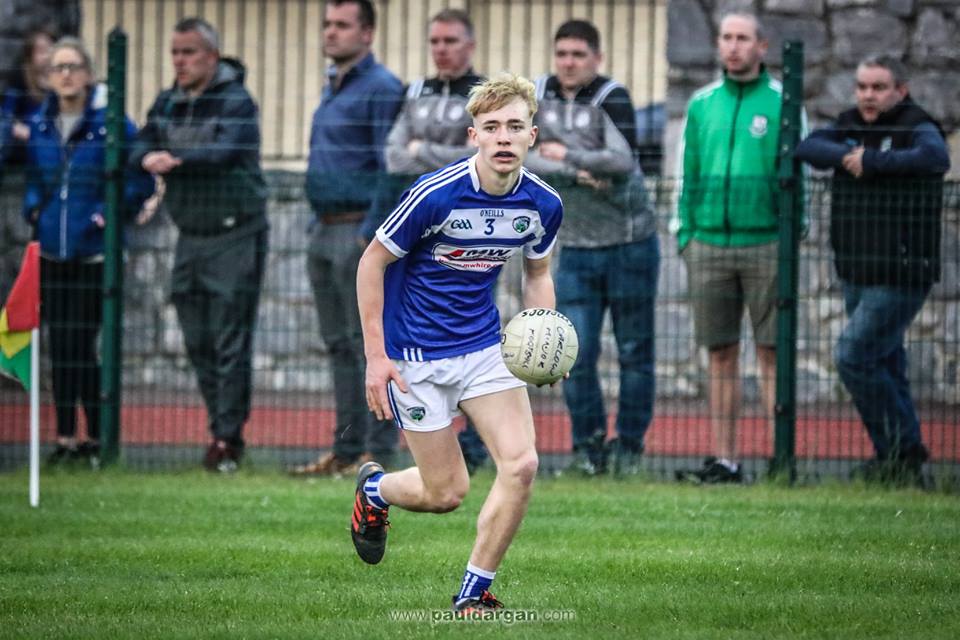 2 – The life of a goalkeeper summed up in 60 minutes

Two weeks ago, Laois keeper Michael O’Connell endured a difficult opening half against Carlow. He misjudged a high ball and was saved by midfielder Ben Brennan who got back to claw the ball off the line.

But tonight a mistake in the first half proved costly as he misplaced a handpass and Westmeath pounced with Devin Hill tapping the ball into an empty net.

However, the Portlaoise man more than atoned for that error. Westmeath had the chance to put the game to bed at the start of the second half when Ben McGauran got through on goal and unleashed a thunderbolt but O’Connell saved it.

And then right at the death, Eamon Martin launched a high ball towards the goal and O’Connell plucked it from under the crossbar to save the day. 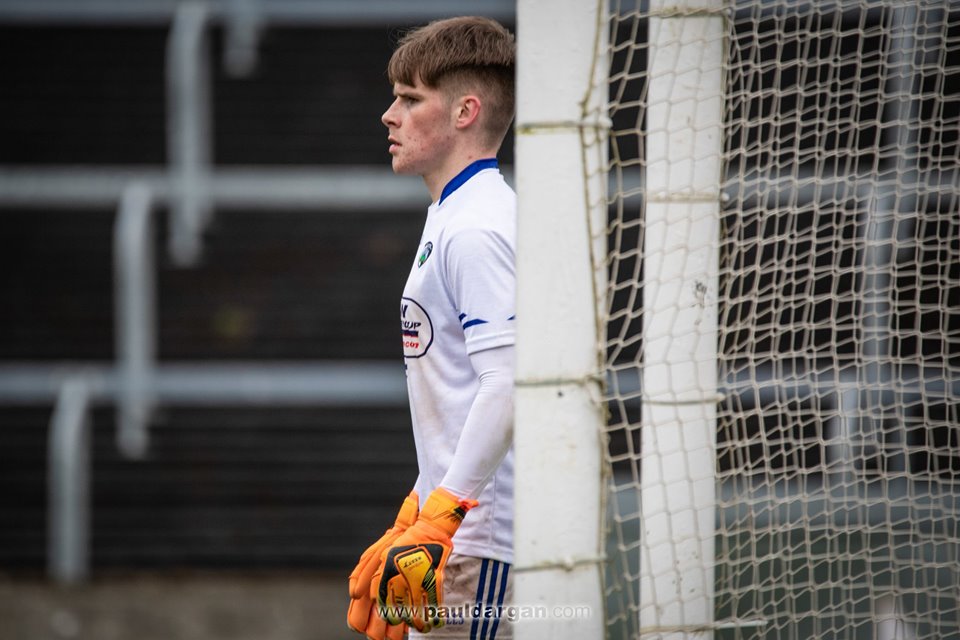 3 – A tale of three square balls

The ball hit the back of the net five times in the second half but only three of them were allowed to stand by referee Fintan Pierce.

Westmeath had the ball in the Laois net twice in the second half after long range frees were diverted into the goals but both times the efforts were ruled out – much to the displeasure of their supporters.

A 45 also produced an effort that was flicked over the bar but that too was ruled out and each of these decisions would prove crucial for Laois. 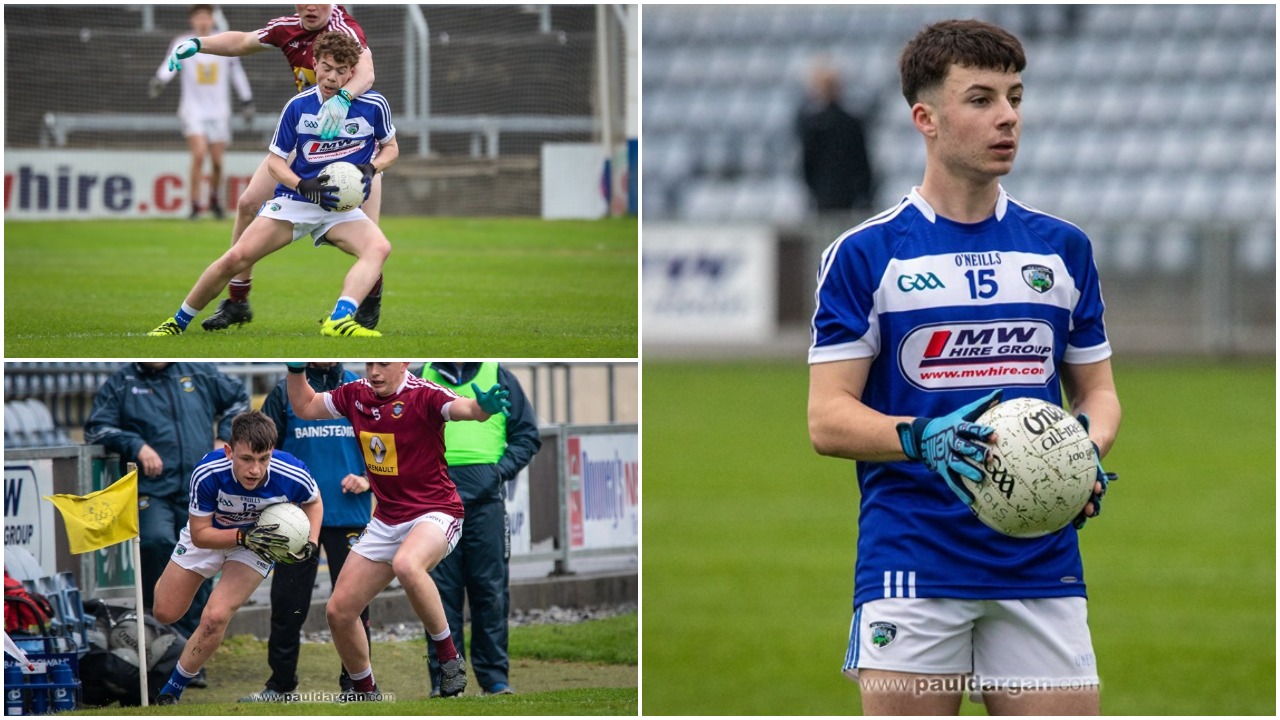 Laois trailed by seven points at half time and that margin quickly went out to eight at the start of the second half as Westmeath added another point.

It was going to take something special to turn things around and three wonderful strikes of the football did the trick for Laois.

The first was a completely individual effort. Portarlington’s PJ Ward won a Westmeath kick-out a beat the challenges of five different players before somehow getting a shot away which flew into the far corner.

The second came from a move involving Conor Goode and Rioghan Murphy with the latter laying the ball off to Oisin Hooney just outside the 21. Everyone thought the St Joseph’s youngster would take a point but he had other ideas and cracked an unstoppable shot into the top corner of the net.

While the winning goal arrived six minutes from the end. Just like two weeks ago against Carlow, Eddie Critchley went on a run which resulted in him being fouled but this time the infraction happened inside the penalty area. Up stepped Brian Whelan who calmly sent Sean Hynes the wrong way with a delightful finish into the bottom corner.

5 – Impact from the bench 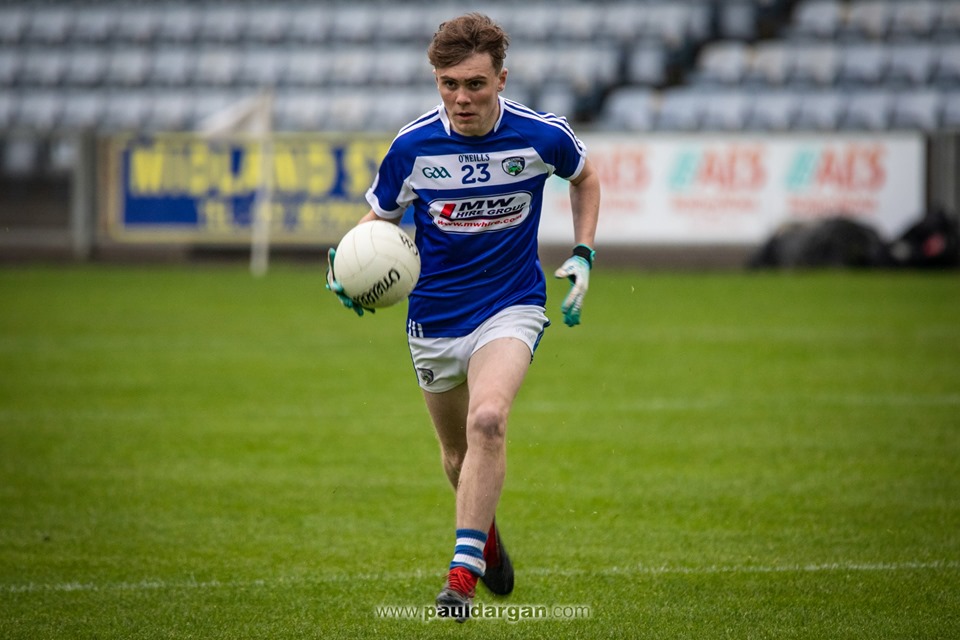 Midfielder Kevin Swayne left the field on crutches after going over on his ankle while wing back Mark Kehoe was forced off at half time with a calf problem.

Laois first went for Courtwood’s Paul O’Flynn who marked his introduction with a point while Ballyroan-Abbey’s Shaun Fitzpatrick was then given his debut as a half time sub and he made a serious difference with his athleticism that saw him heavily involved in the build up to Oisin Hooney and Brian Whelan’s goals.

Darragh Carolan, Nathan Little and Paddy Hosey all came on in the second half and played their parts in what really was a remarkable comeback.

The other result last night saw Longford defeat Carlow by 1-8 to 0-9 and they are now in third place on head-to-head with Westmeath just above them.

If Laois avoid defeat against Longford on May 18 they will go straight through to the Leinster semi finals as group winners.

Laois face Longford away in Pearse Park on Saturday May 18 in their final group game at 7pm.

The other game between Westmeath and Carlow is scheduled to take place on Wednesday May 15. So that means Laois will know the outcome of that game in advance of their own and will know exactly what they need to do to advance to the knock-out stages.