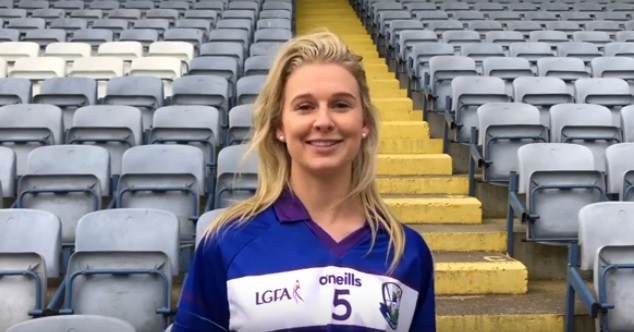 St Conleth’s embark on a historic final encounter as they take on Sarsfields for the grand finale of the division 1 football this weekend.

The side got their division 1 campaign off to a six-goal winning start as they defeated Portlaoise 6-10 to 1-15.

They came away with a narrow defeat after losing to Timahoe by a single point in round two while round three saw they see off St Brigid’s 4-14 to 1-6.

The club – which takes in Portarlington, Courtwood, O’Dempsey’s and surrounding areas –  has made huge progession from the underage ranks up – shown most recently by their Feile division 1 win which sees them represent Laois at the All-Ireland competition for the second year in a row.

Young sharpshooter Alannah Havill suffered a cruciate injury after the Portlaoise game but Aoife Kirrane has been making strides in her own cruciate injury recovery from last year’s knock.

Ahead of the game, we conducted a short video interview with St Conleth’s back Nicole Byrne, where she talked about her favourite pitch, biggest messer on the team and toughest opponent.

St Conleth’s play Sarsfields on Sunday, May 12 in Annanough GAA at 6pm.