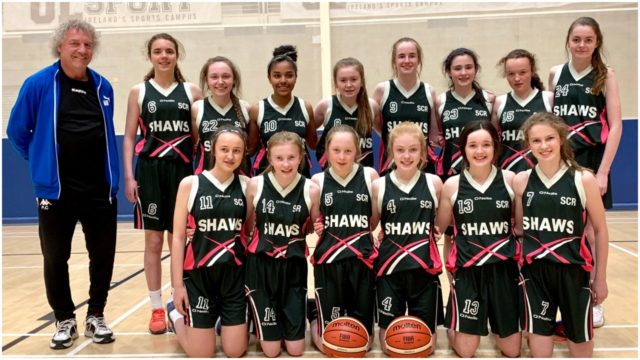 Scoil Chríost Rí 1st Year A won five of their six games in UL at the weekend at the All Ireland Championships.

They had to settle for Silver medals as they were beaten by a very strong Presentation Castleisland team from Kerry after a valiant effort.

On Sunday Scoil Chríost Rí combined skillful basketball with courage and battling qualities to beat Milltown in the Quarter and Pres Killarney in the Semi both by 3 points.

Pres Castleisland also beat SCR in the U14 Cup All Ireland Final earlier in the year and these two teams will surely be seeing a lot of each other over the next few years.

The standard of basketball played by SCR over the weekend augurs well for the future and all are eagerly awaiting nest season.

It brings to an end a brilliant year for basketball in Scoil Chriost Ri and sport in general.

Their footballers claimed Leinster glory at U-16 and senior level with the seniors going on to claim a famous All-Ireland win.

While the senior basketball team also represented Ireland at an international tournament in Greece just a couple of a weeks ago.

Moment in Time: Huge turnout for the Festival of the Mountain in 2005

Two men charged following seizure of €280,000 worth of cocaine in Portlaoise and Kildare