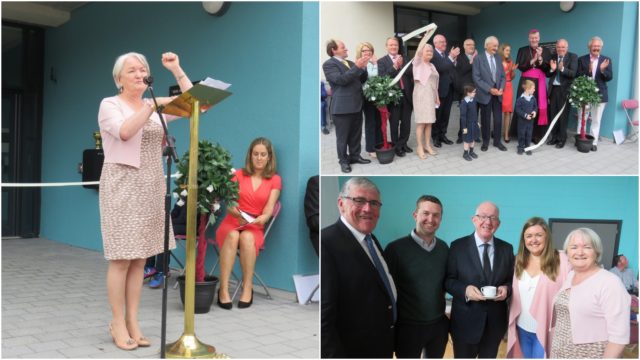 There were scenes of great happiness in Ballyroan on a June afternoon in 2017 as the new primary school in the village was officially opened.

A host of dignitaries were on hand for the momentous occasion including Bishop Denis Nulty, local priest Fr Gerard Ahern and Minister Charlie Flanagan – but it was a particularly big moment for local councillor Mary Sweeney.

She was proud as punch on her home turf on what was a truly joyous occasion. It was the culmination of years of hard work and campaigning to get the project off the ground and then over the line. 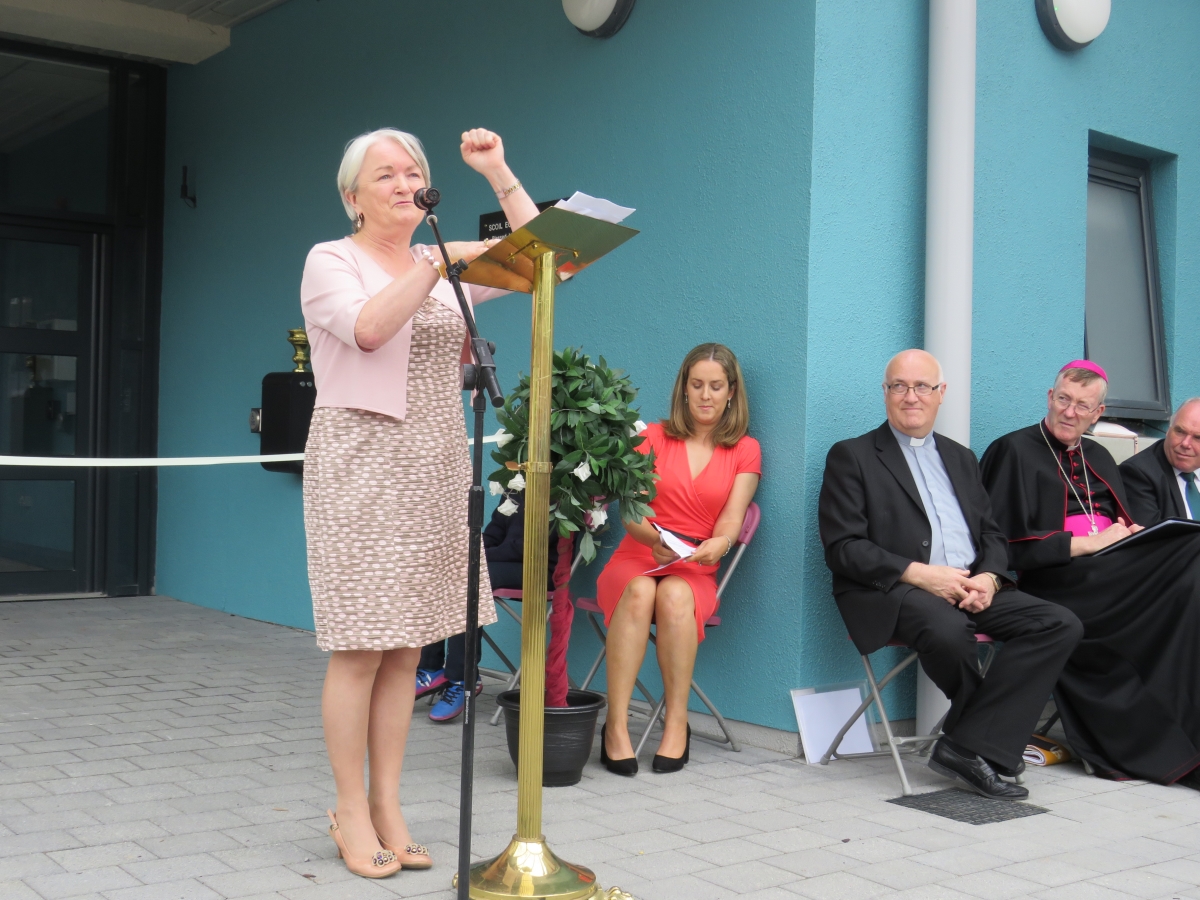 As well as a new building – which the students moved in to the previous December – there was the amalgamation of the boys and girls school in the village to become Scoil Eoin Pol Naofa II.

Indeed it was a case of double celebration – the official opening was also the day they got their school holidays. But it was a day with a difference. The presence of dignitaries, parents and an ice cream van in the school yard ensured it was no ordinary day.

“Yes, I’m delighted,” said Mary Sweeney enthusiastically in her speech. “Yes, we did it. 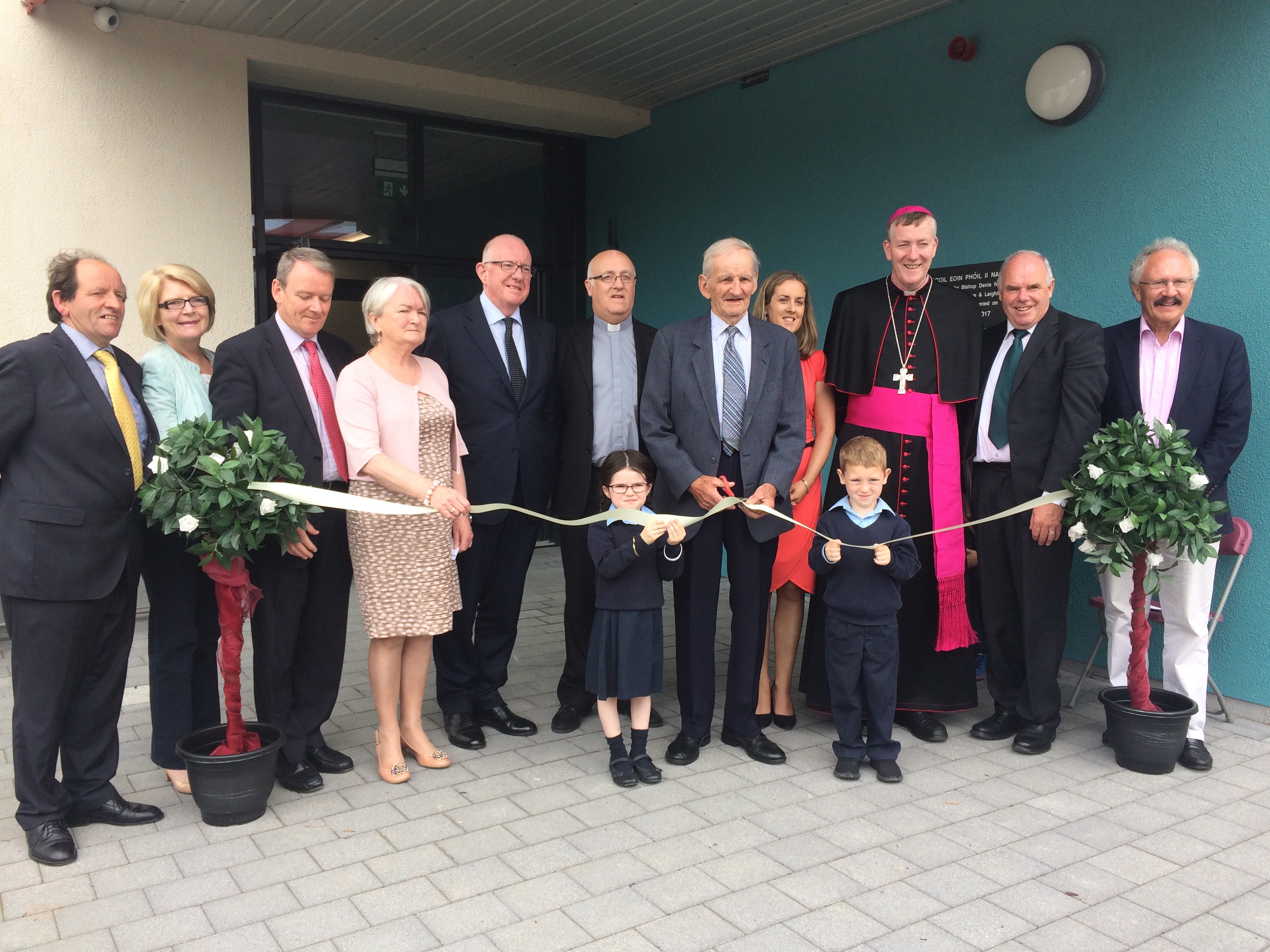 “This has been done by the community in Ballyroan and driven by the parents, the teachers and the Board of Management.

“There was a huge need for a new school. It was absolutely necessary. We have met seven different Ministers for Education since 1997. It’s a proud and historic day for Ballyroan.”

Cllr Sweeney thanked the nearby residents in the Glenbrook estate for being “patient and tolerant” and also the staff in Charlie Flanagan’s office as “they were the people I hounded”.

She also praised her colleagues in Laois County Council from the Portlaoise Electoral Area for their support and wished the children of the school “the very best wishes whatever way life may take you”. 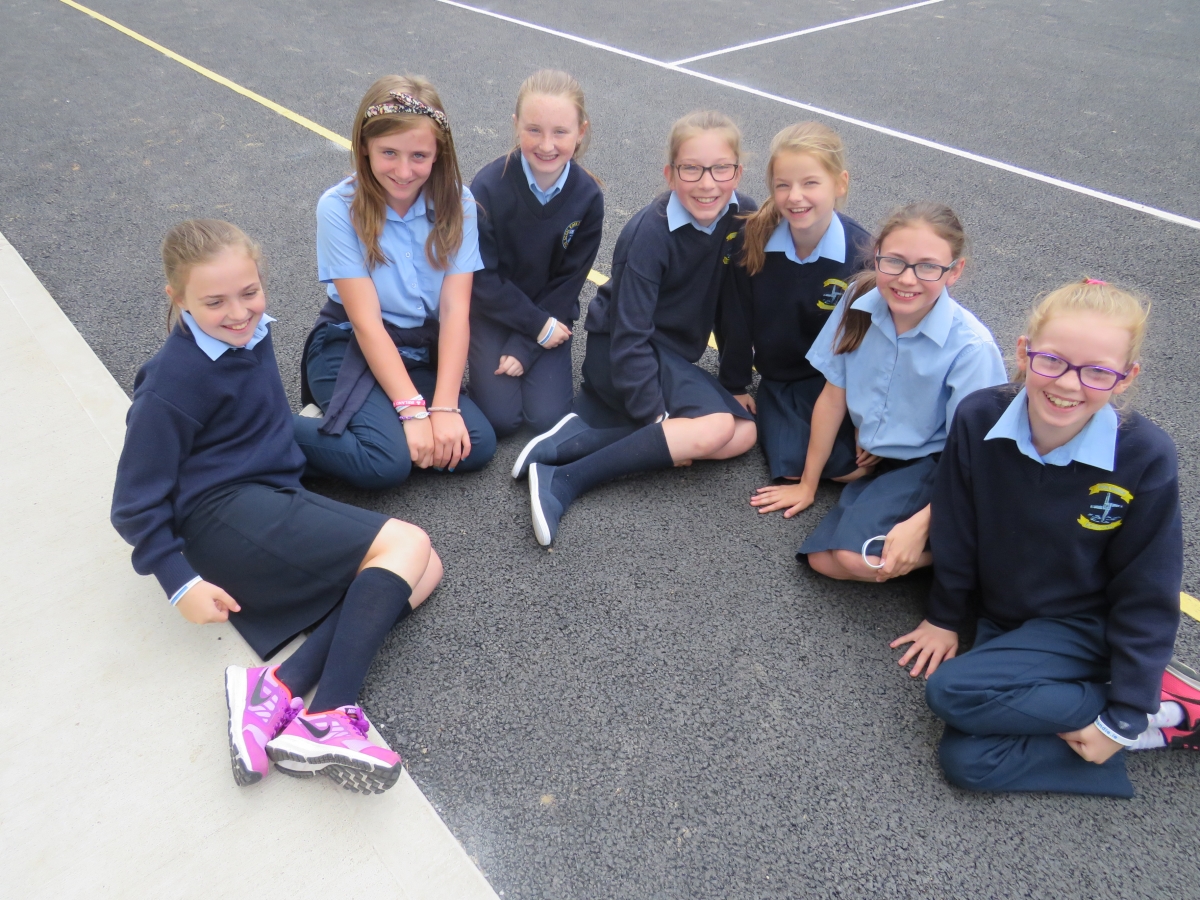 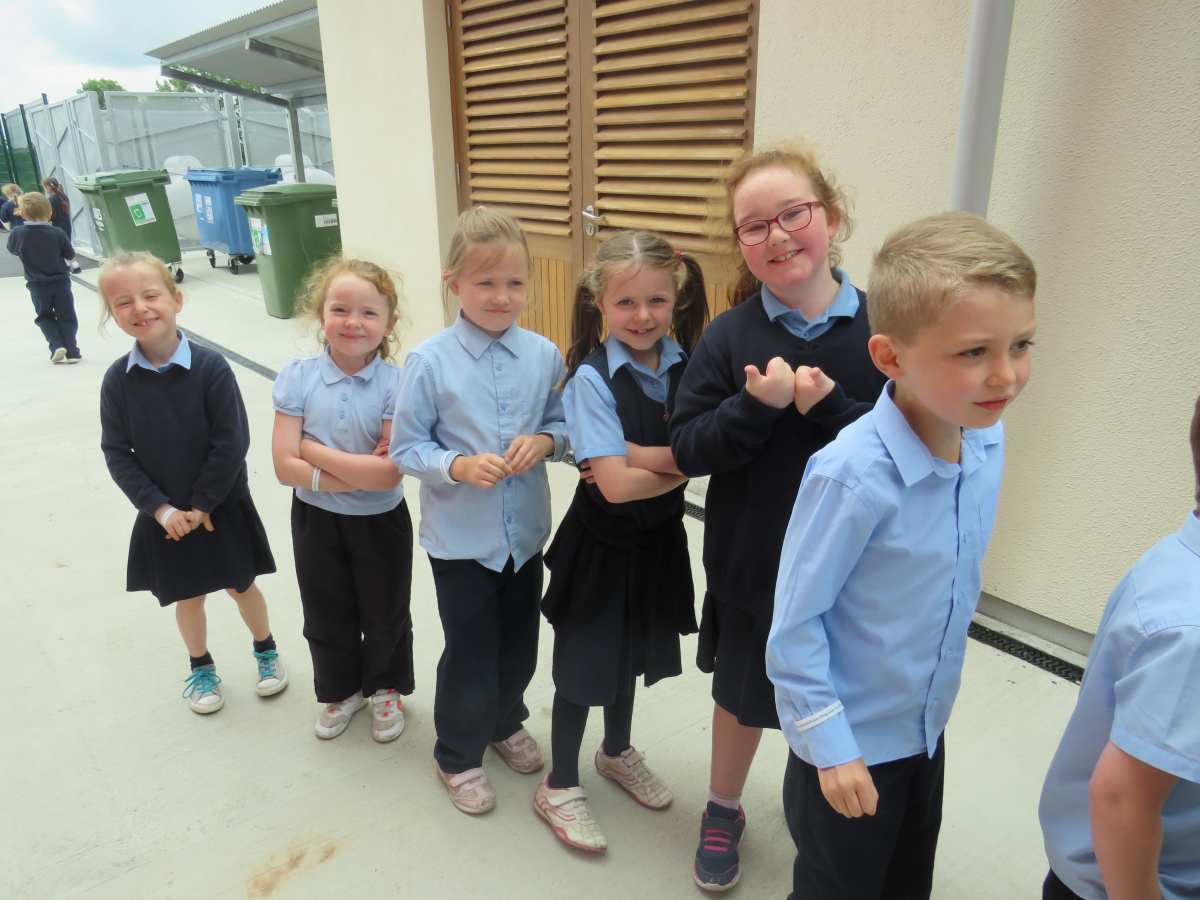 Jack Murphy, a local man in his 80s who was groundsman in the girl’s school for many years, was on hand to cut the ribbon, along with the two youngest students in the school at the moment.

“The evening we came into Government in 2011, Mary Sweeney was onto me straight away saying ‘I want a new school in Ballyroan’. Anyone who knows Mary Sweeney knows you don’t say No!” 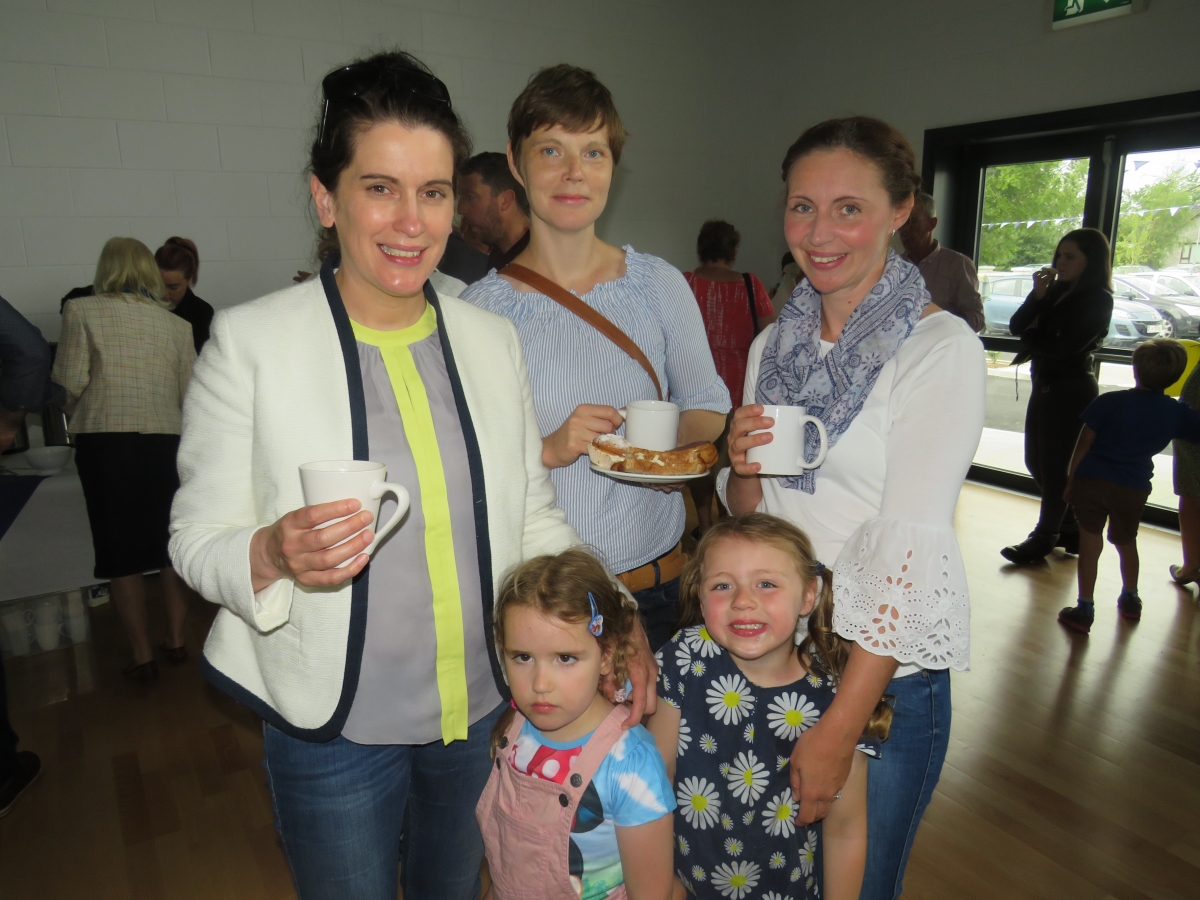 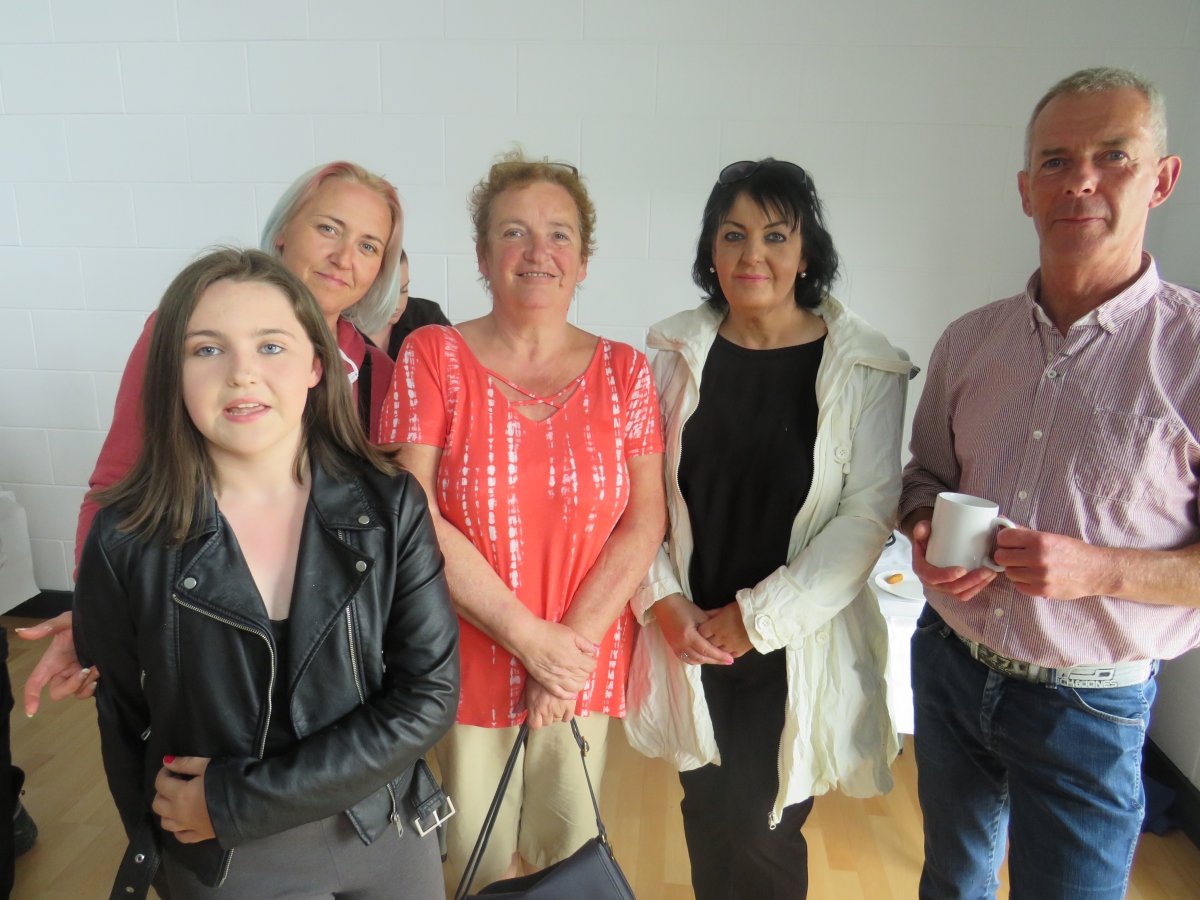 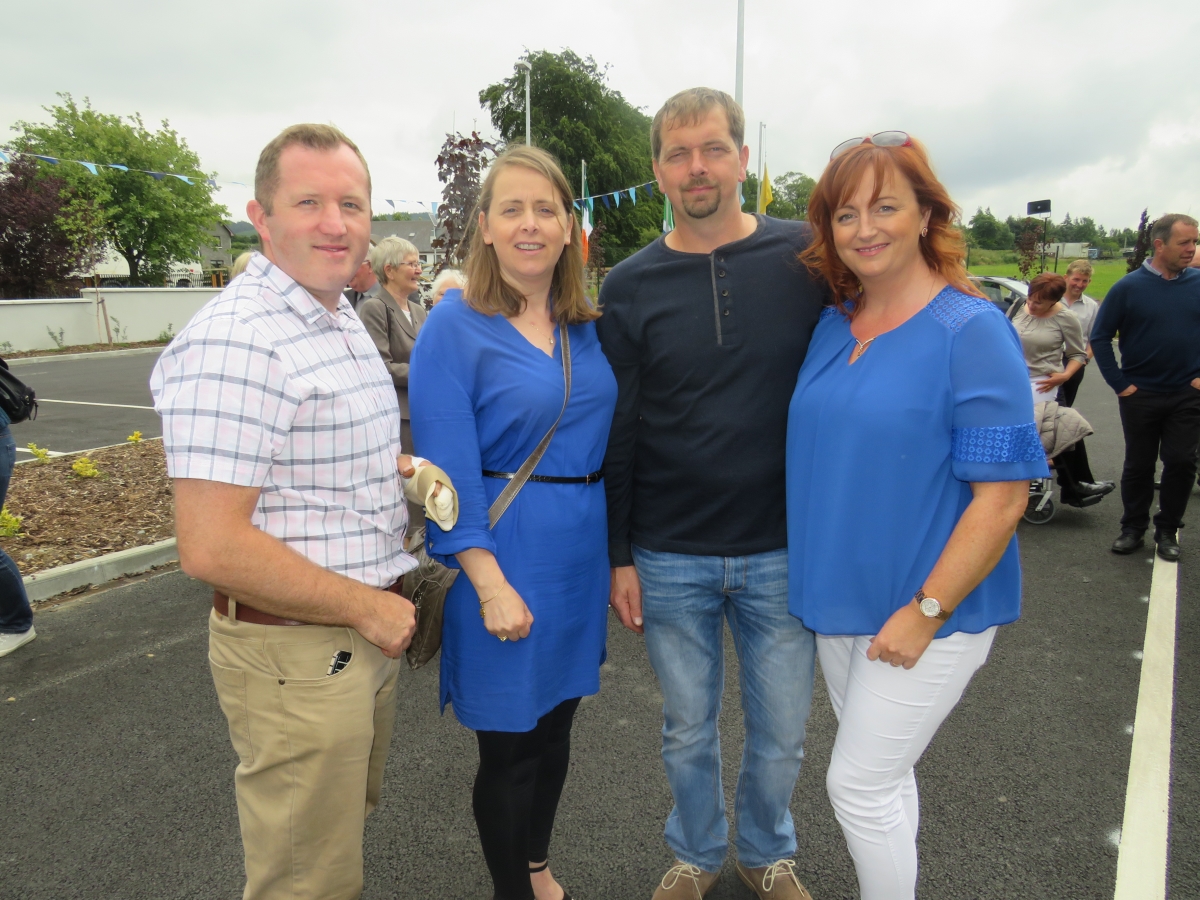 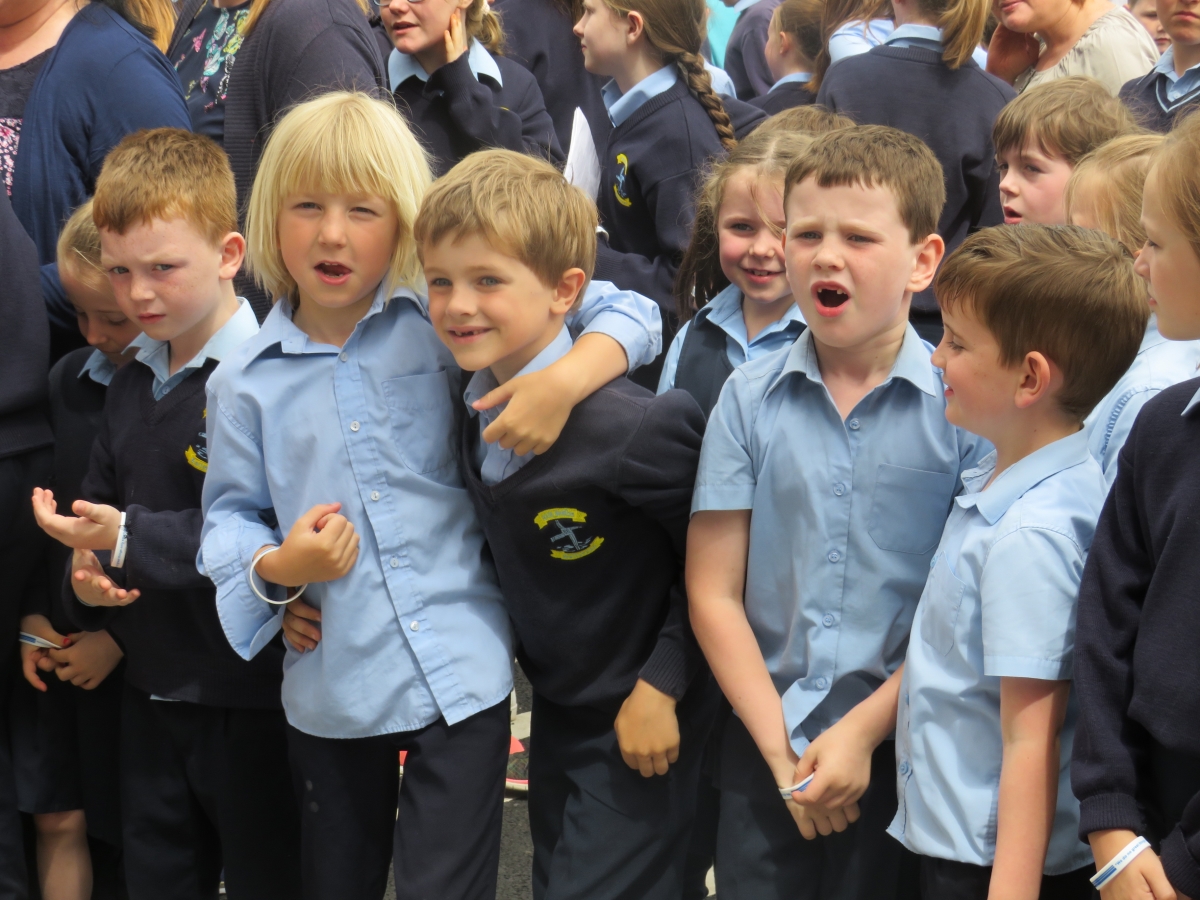 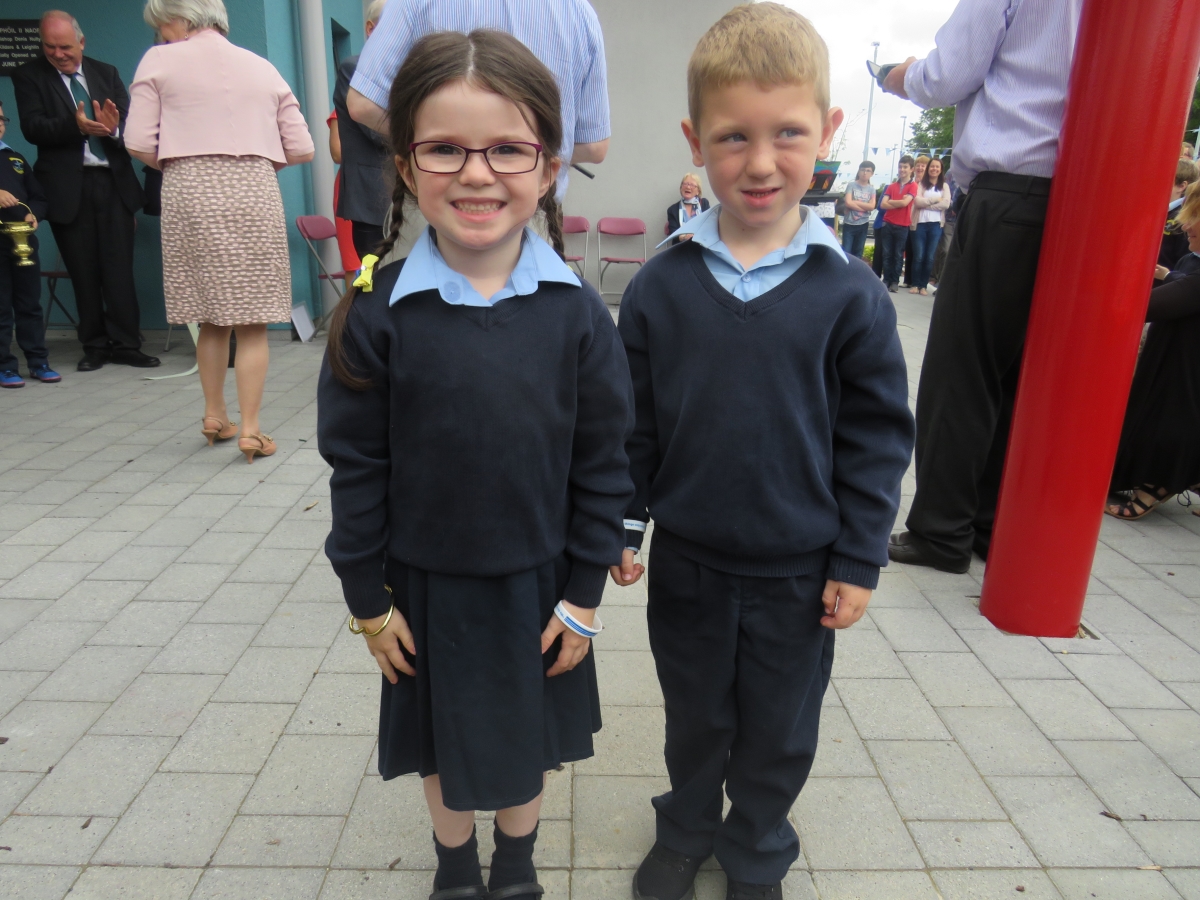 Wishing the students all the best in the future he said, “Some will stay in Ballyroan, some will go further afield. But you will never forget your schooldays.”

Niamh Kelly, principal of the school, thanked the parents, teachers and students for their support while Fr Gerard Ahern praised praised Ms Kelly for her “leadership and hard work”. “It wasn’t an easy task but your hard work has ensured this school has gotten off to a great start.”

Quoting from Pope John Paul 2’s visit to Ireland in 1979, Bishop Nulty told the pupils that “you will decide what Ireland will be” and “tomorrow as technicians or teachers, nurses or secretaries, farmers or tradesmen, doctors or engineers, priests or religious, tomorrow you will have the power to make dreams come true. Tomorrow Ireland will depend on you”.

He praised them for their coverage in amalgamating the schools. “Never be afraid of change – welcome it.” 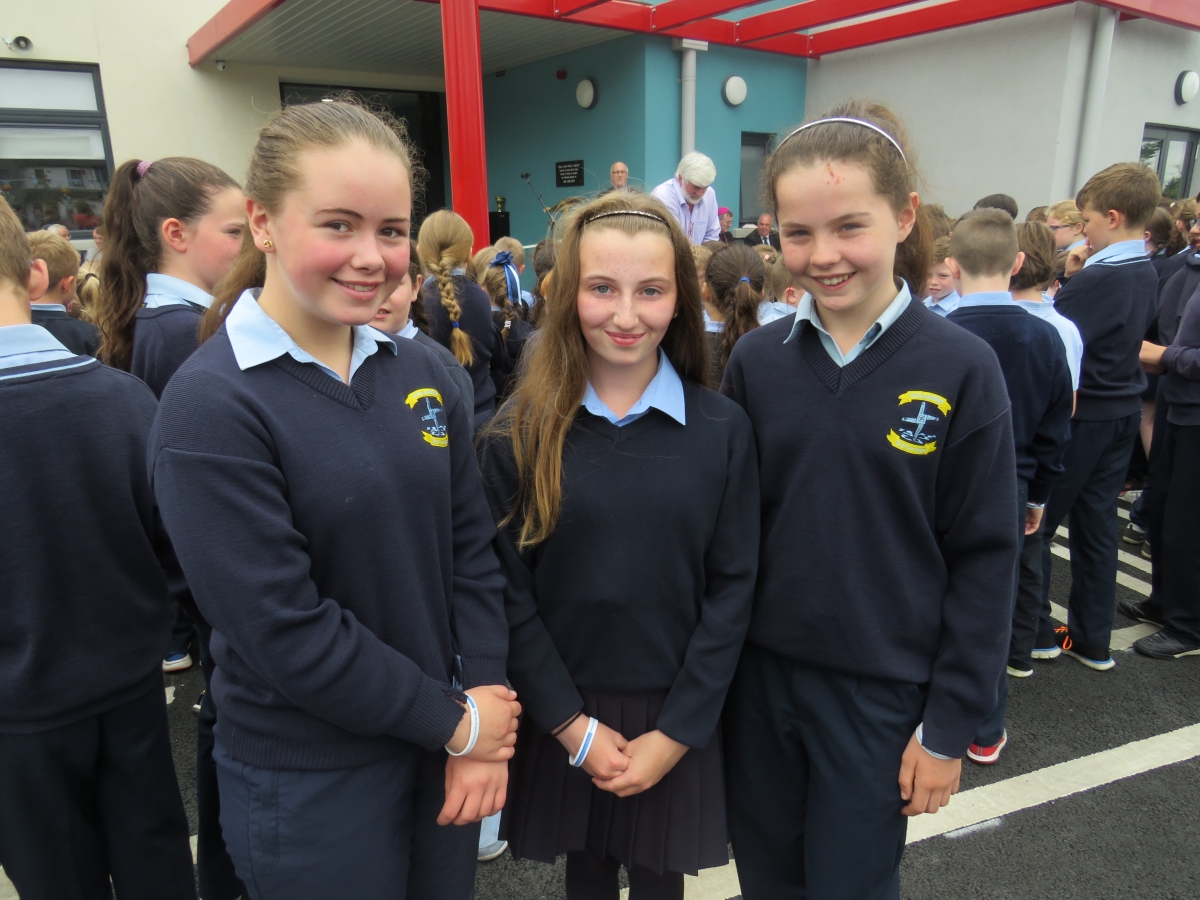 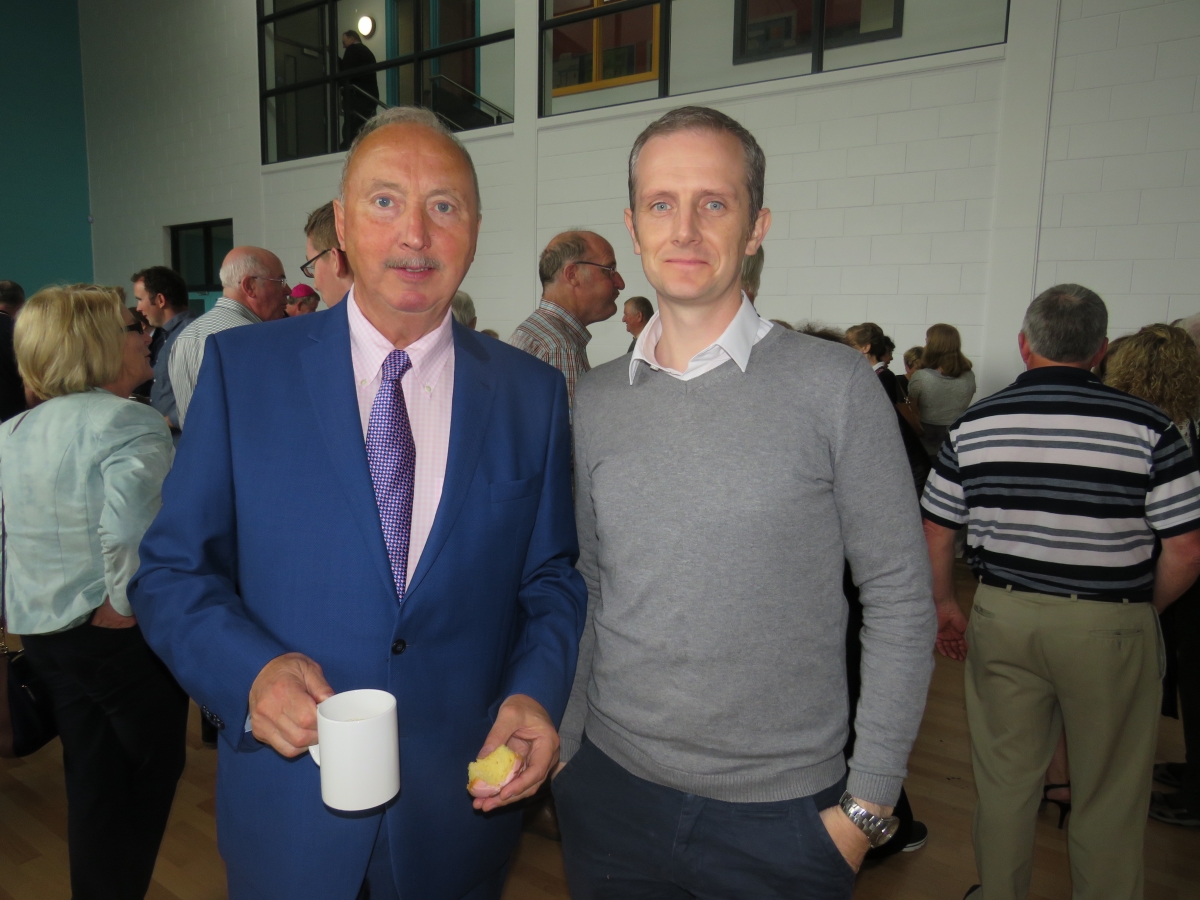 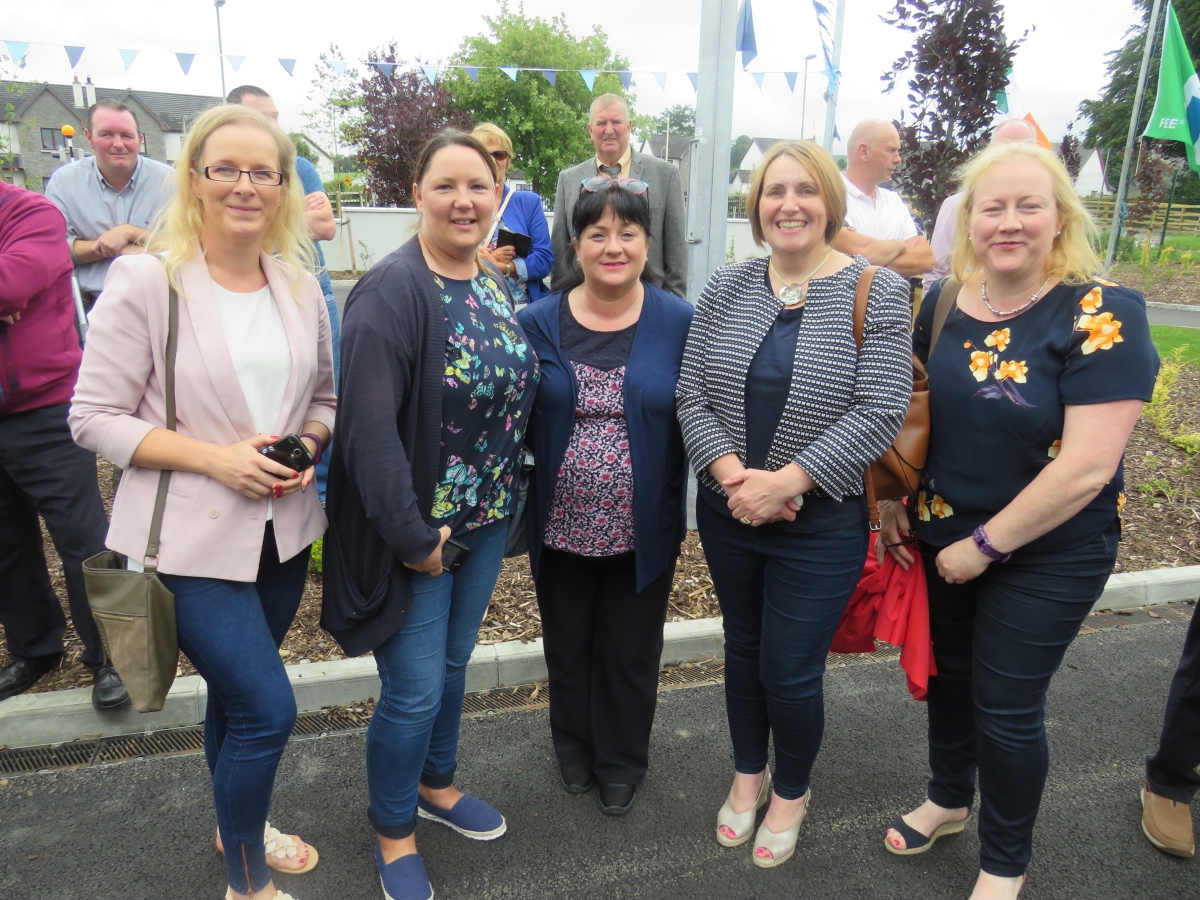 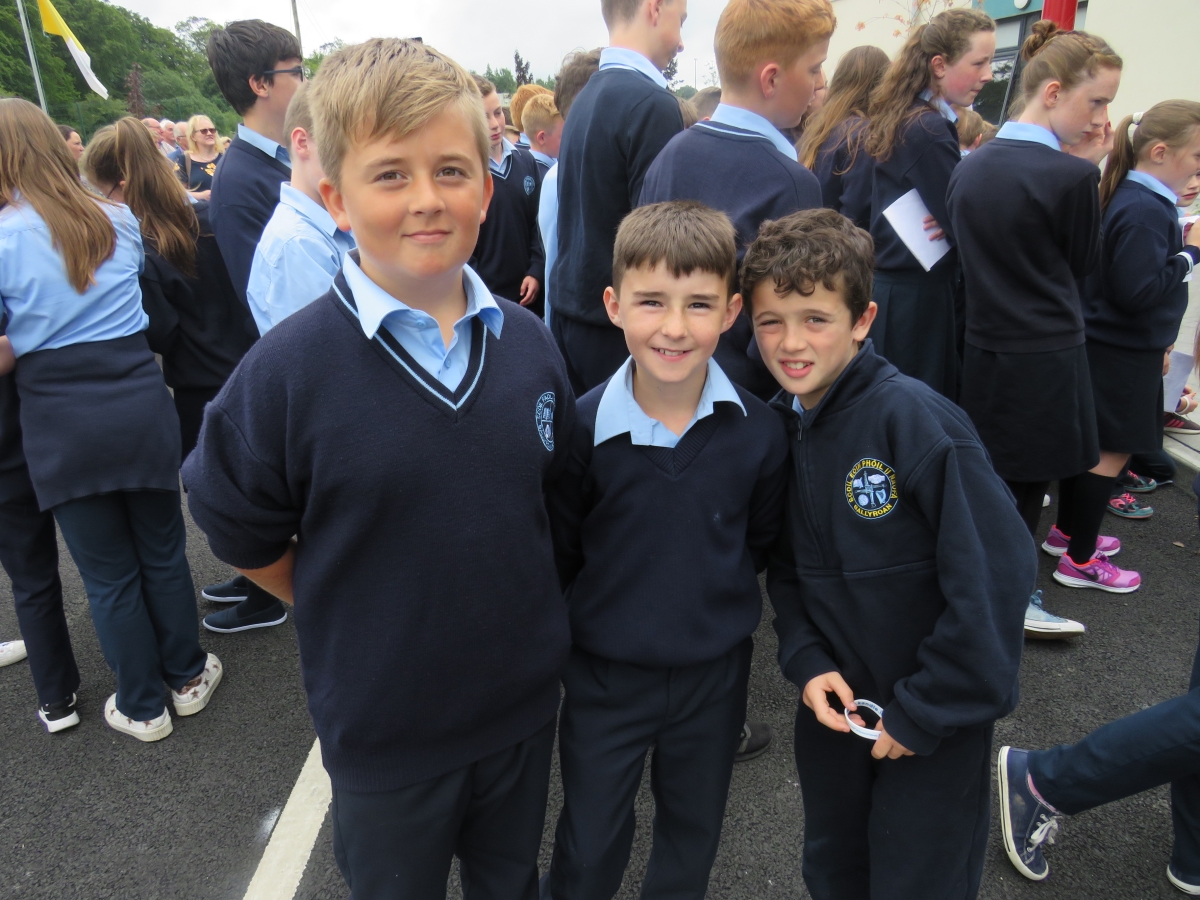 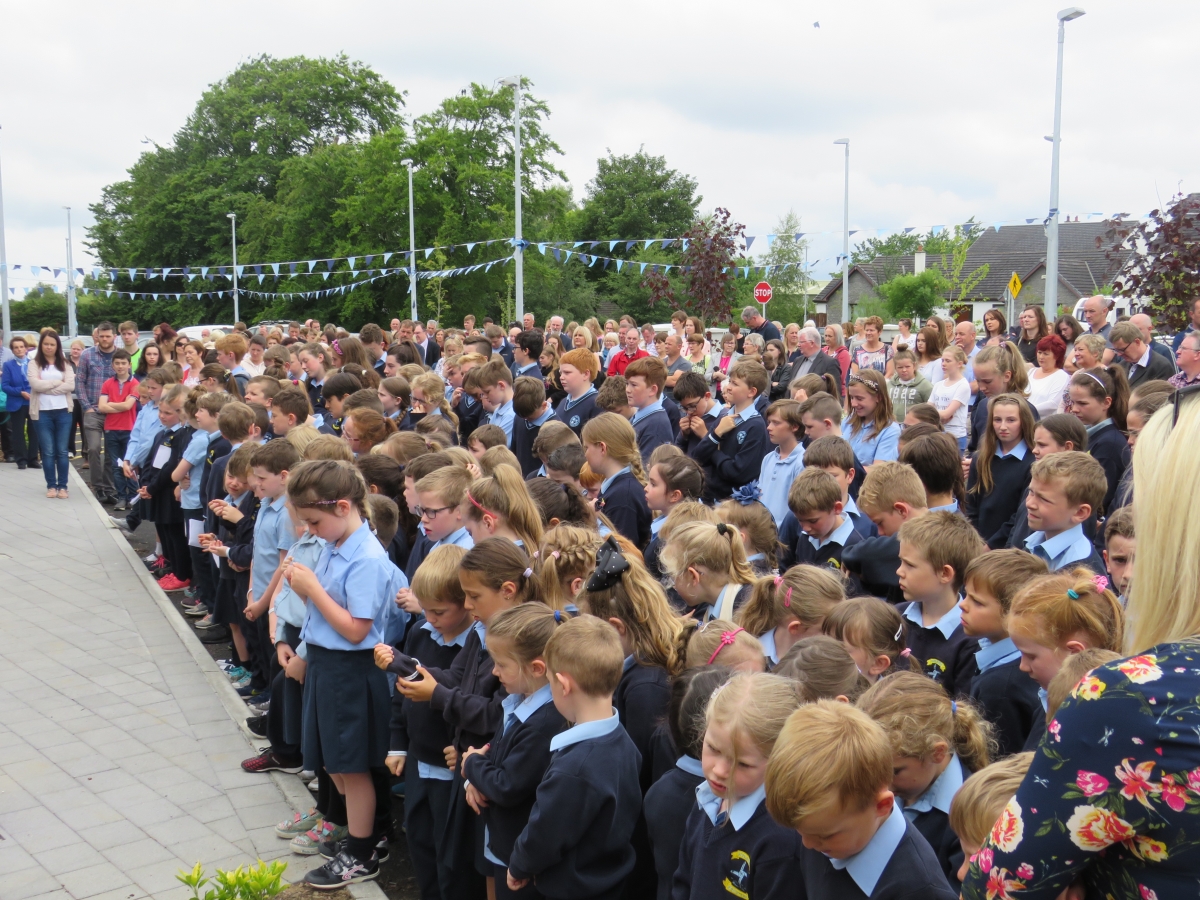 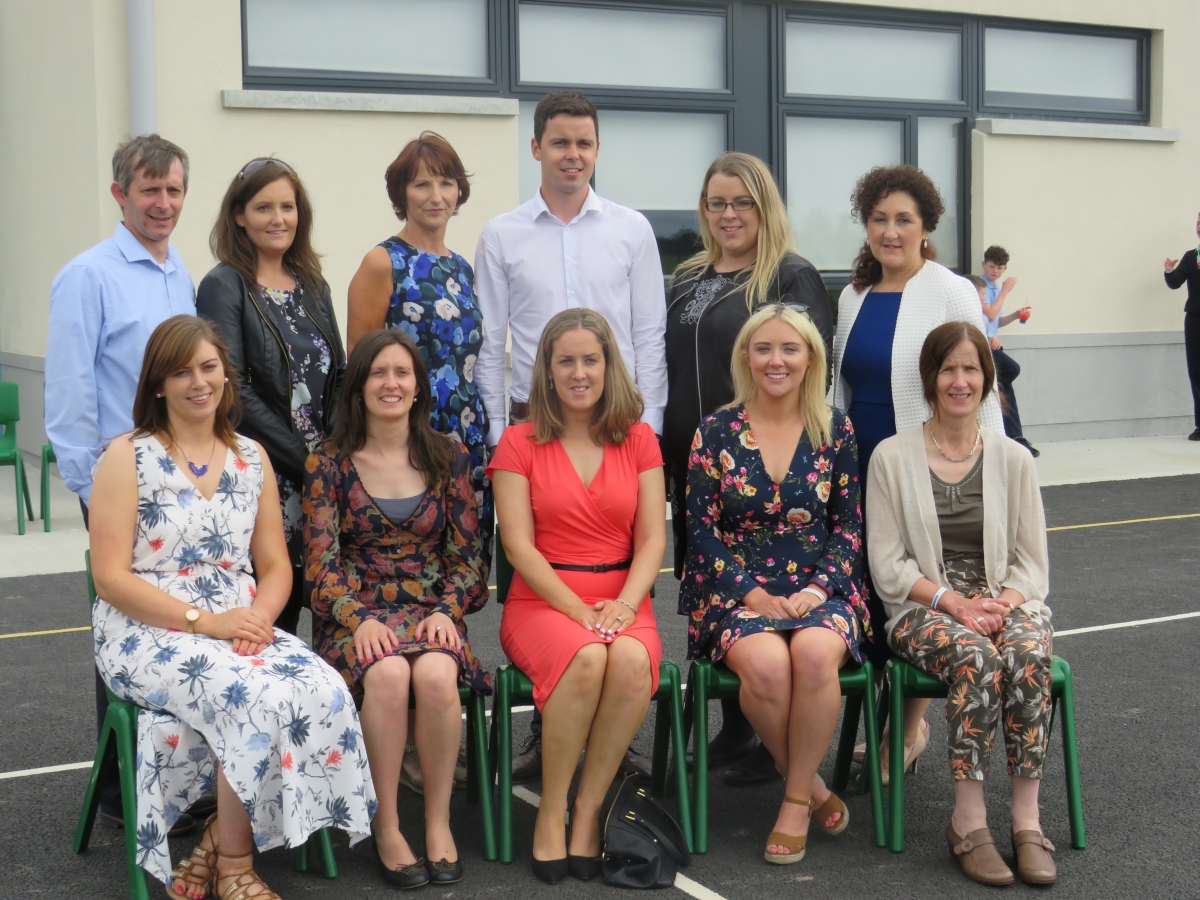 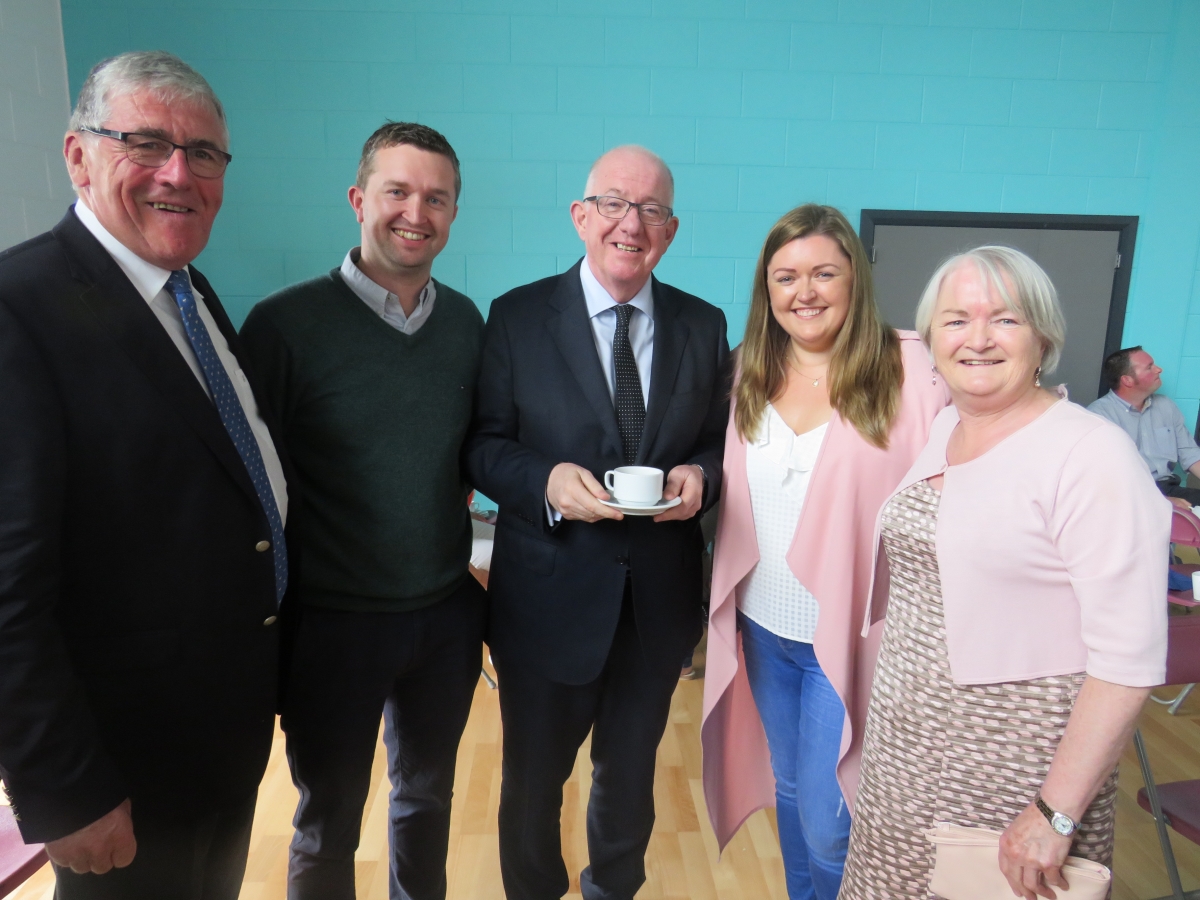 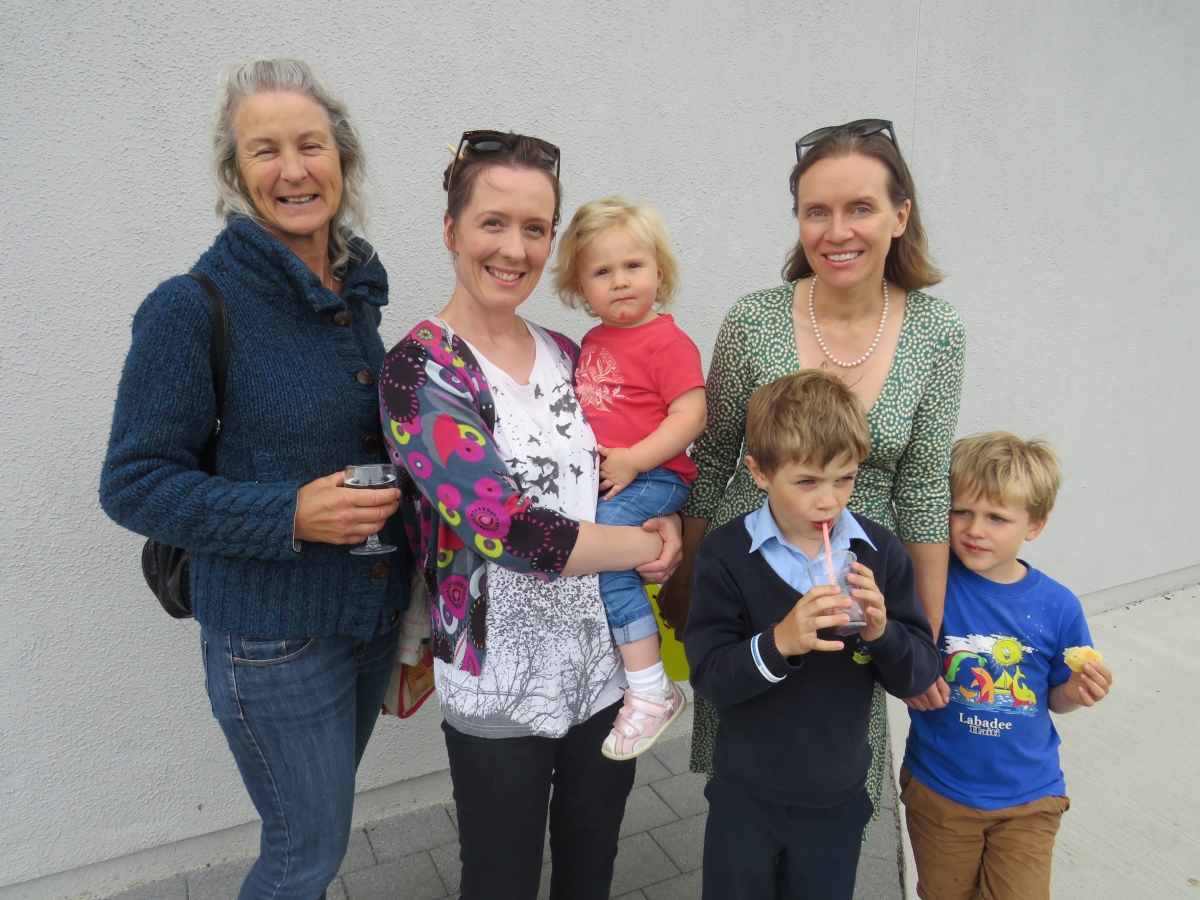 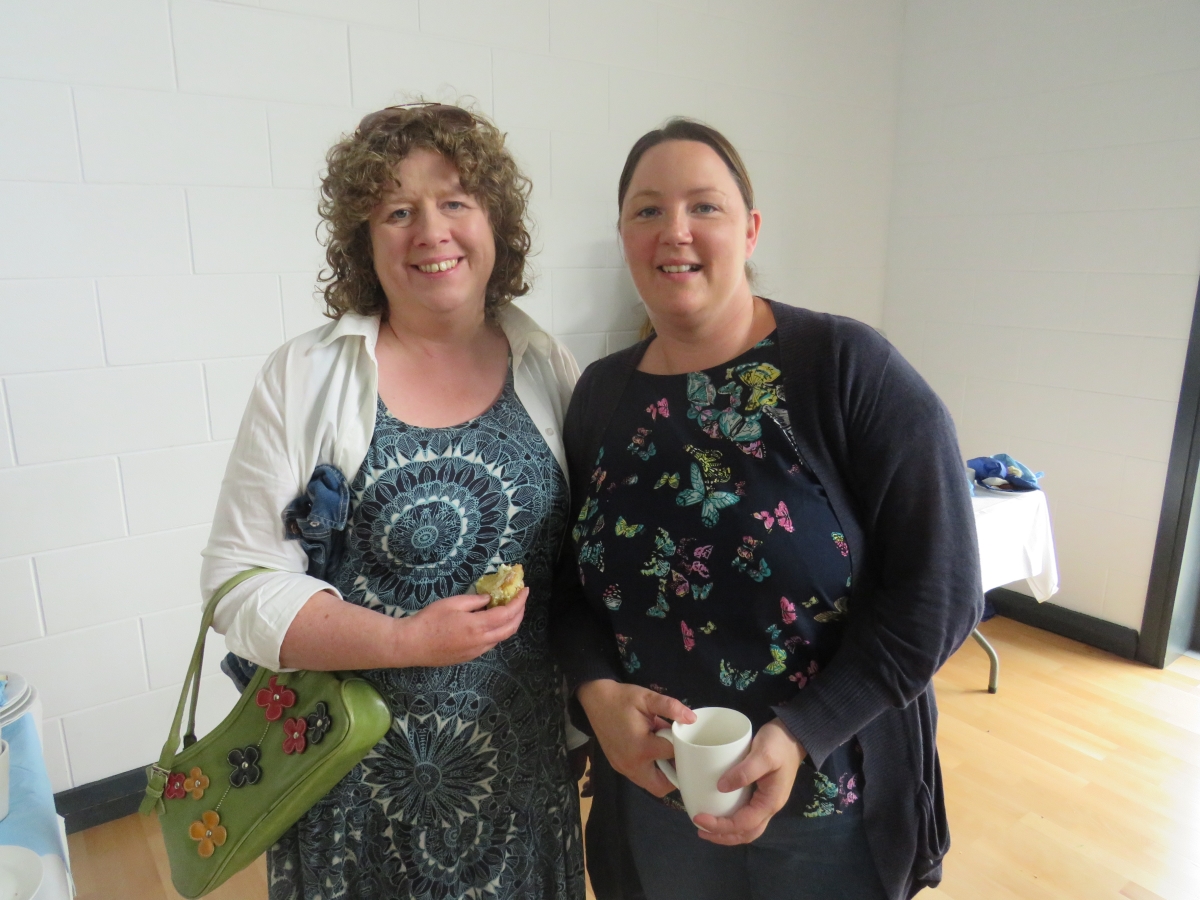 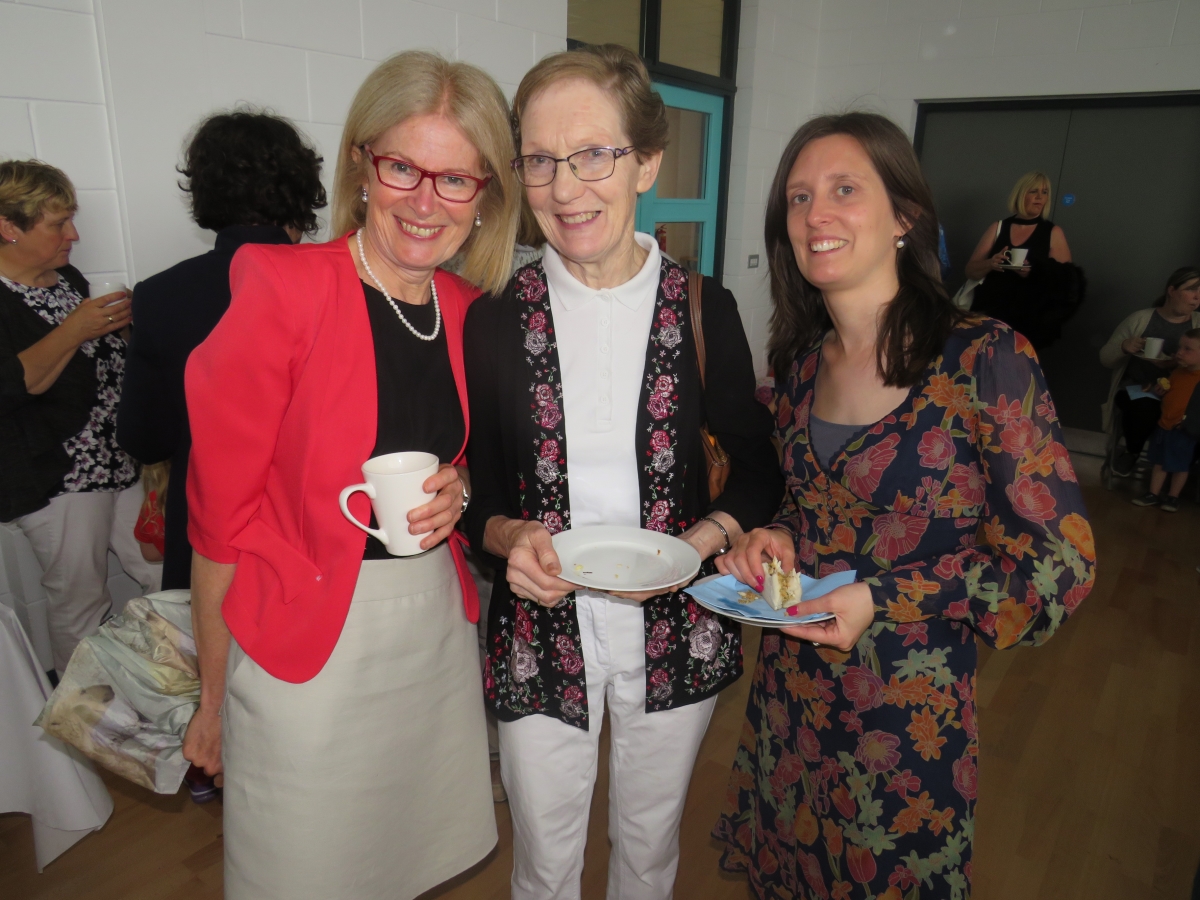