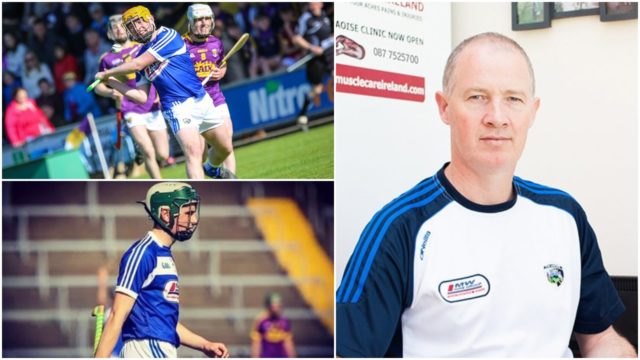 The Laois minor hurlers have named their team to face Westmeath in Round 2 of the Leinster championship.

Manager Enda Lyons has made three changes and a number of positional switches from the side which hammered Antrim last time.

Into the side come twins Cian and Cathal O’Shaughnessy along with Rathdowney-Errill’s Dylan Carroll.

They are in in place of Brian Bredin, Padraig Rafter and Dan Delaney with a number of positional changes.

Noah Quinlan reverts to the half back line with captain Tadhg Cuddy going to wing forward and his midfield place being taken by the aforementioned Carroll.

Cathal O’Shaugnessy forms part of an all new half forward line alongside Rosenallis’ Daviud Dooley and Cuddy.

While the ever-present Adam Kirwan is joined in the full forward line by James Duggan of The Harps and Ballinakill’s Cian O’Shaughnessy.

Laois already defeated Westmeath in Tier 2 and if they can repeat the trick on Friday night at 7.30pm in O’Moore Park, they will reach the quarter finals.

Here they will face either Wexford or Offaly.