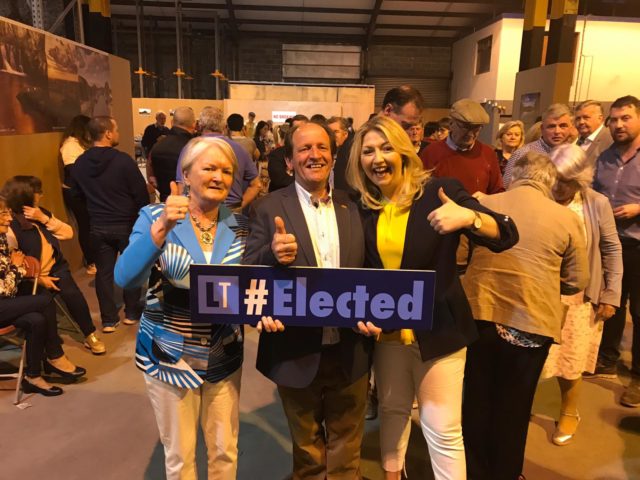 After three days of incredible drama, the 19 Laois County Councillors for the next five years are now known.

The marathon count came to a conclusion at about 11pm on Monday night when the final five seats were filled in an intense 30-minute spell of announcements with raucous scenes of jubilation and unbridled joy.

All the long spells of tedium were worth it for those moments of sheer exhilaration for the winning candidates and their friends, families and supporters.

There will be four new faces at the next Council election on June 7, changes in all three areas and a record five elected female councillors.

There will also be a significant changing of the guard. Fine Gael’s David Goodwin from Rosenallis, who was first elected in 1973, and whose father Bill was a councillor for 25 years prior to that has lost his seat to his 25-year-old first time party colleague Conor Bergin from Borris-in-Ossory.

Ollie Clooney, an independent from Durrow, has replaced another independent – Brendan Phelan from Rathdowney.

Phelan has been a councillor since 2003, his brother Kieran was before him going back to 1991 and their father Pat was a councillor in the 1970s and 80s.

And those changes are just in Borris-Mountmellick alone.

Aisling Moran has held on to the Fine Gael seat in Graiguecullen-Portarlington following the retirement of her father John while Thomasina Connell also won a seat for Fine Gael in Portlaoise, seeing off the challenge of Renua’s Dom Dunne following a marathon battle for the seventh and final seat.

It also means that Fine Gael are the most dominant party in the county – finishing with seven seats, one up on what they went in with.

Fianna Fail are down one, having returned their six established names but not Pauline Madigan, meaning the seat held by the party by the late Jerry Lodge has transferred to Connell and Fine Gael.