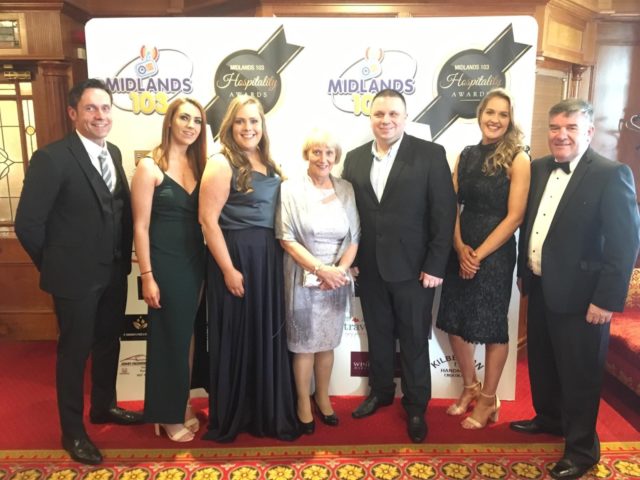 The Só Hotel group, with six properties around the country were represented last night by two hotels in the midlands at the Midlands 103.

The Athlone Springs Hotel and The Killeshin, Portlaoise, were both among the winners.

While Athlone Springs were delighted to take home the award for best family hotel, The Killeshin Hotel and its General Manager Micheal Murphy received a special judges commendation award for “Best Rising Star” Hotel and Manager.

On winning the award, Michael said, “We are absolutely delighted to receive this very special award, The Killeshin Hotel has come a long way in recent times, so we are really happy that the hard work is paying off”

Micheal joined the Só Hotel team at The Killeshin back in September 2018 bringing over 40 years of hospitality experience from the midlands with him.

The Killeshin Hotel originally opened back in the early 70s and soon became a fashionably popular social spot.

In 2005 the much-adored landmark building was torn down to make way for an all new and improved Killeshin, opening its doors in May 2007.

In late 2016 the hotel was acquired by Mr Pat McDonagh and cosmetic improvements and refurbishments are on going ever since.

SEE ALSO – Check out the dedicated jobs section in LaoisToday