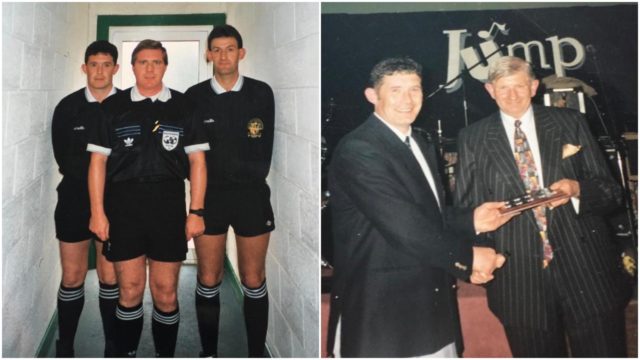 A local fundraiser has been organised for a Mountmellick man and the Tullamore Oncology Unit.

Sean Dowling, aged 59, has been battling terminal cancer since the beginning of 2018.

Due to Sean’s huge involvement in sport throughout his life from playing to coaching and refereeing, Mountmellick Soccer Club, his family, close friends and his beloved darts team are hosting a testimonial match for Sean on Saturday, June 15.

The match between Mountmellick and a guest team both comprising of club players, friends and family is in Conor Davis Park, Mountmellick, with kick-off at 3pm.

This will be followed with a BBQ, live music and refreshments in Moloney’s Bar for the evening.

Sean has spent a lot of time in Tullamore hospital over the last year and would like to make a donation to the Oncology Unit from funds raised.

Sean has been supported through his diagnosis by his wife Patricia, children Shane and Sandra and grandchildren Daniel and Conor, as well as friends, soccer club members and darts club members.

Tickets are €5 and are available from players, club members and Moloney’s Bar.

There has also been a donation page for anyone who cannot make it on the day and would like to purchase a ticket or make a contribution.

You can make a donation here.

All support is appreciated and a terrific day is in store on June 15.