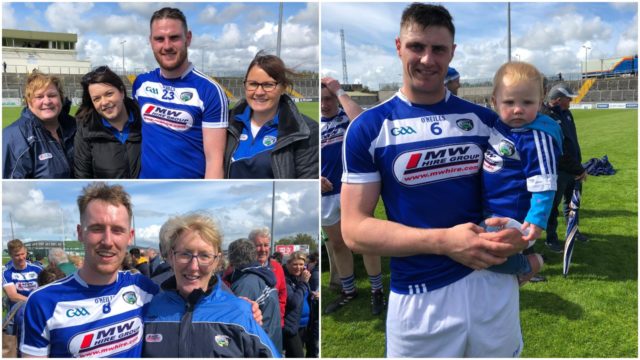 The Laois senior hurlers have won for the third straight game to reach the final of the Joe McDonagh Cup.

And here is a more in depth look at how they did it:

Plenty of contenders for this award and they were mainly all in the forwards but Ballinakill’s Cha Dwyer gets the nod.

After missing the majority of the league through injury, Dwyer is flying in the Joe McDonagh Cup and his goal was a thing of beauty. He set up Neil Foyle’s goal and was available to receive ball in good positions throughout the game.

He was guilty of a few wayward efforts towards the end of the game but we’ll forgive him that after a great display.

Foyle was introduced as a late change on the starting Laois team for Eanna Lyons and what a performance he put it to mark his 100th appearance for his county.

Foyle hit 1-2 today and set up Cha Dwyer and fellow Borris-Kilcotton man Aaron Dunphy for scores as he acted like a fulcrum, using the neat handpass outside with ease for his teammates to raise the white flag.

Today marks the first time that the Laois hurlers have made an appearance in the national stadium since they played Wexford in the Leinster semi-final in 2005.

It will also be the first time that many Laois hurlers, including captain Paddy Purcell, Ross King and Cha Dwyer will have ever played in Croke Park.

Ross King, Aaron Dunphy, Neil Foyle, Cha Dwyer and Paddy Purcell were the men behind the goals as Laois won for the third time on the bounce to reach the final of the Joe McDonagh Cup with one game to spare.

A strong breeze blew straight down the pitch from the town end and made its influence on the game. Laois played with the breeze in the first half but worked a short game of passes even with the wind.

These short passes continued during the second half while the wind caused shots from Enda Rowland and John Lennon to fall short. However one of these worked out as the sliotar fell into the square, with Purcell on the end of Lennon’s shot, winning the scramble and sailing the sliotar across the goal.

6 – Brennan backs up his promise

At the beginning of the year, Eddie Brennan set down his marker for his first season in charge of Laois. That was for Laois to get to at least the league quarter-final and to reach the Joe McDonagh final.

His side have now done that with a game to spare.

7 – Laois do Offaly a favour

If Laois had lost to Kerry today, Offaly would have been relegated to the Christy Ring Cup.

However, Laois’s win, coupled with Westmeath’s victory over Antrim, means that if Offaly defeat Kerry next weekend they will stay up and the Kingdom will drop down.

GAA Now promised live coverage of the game on their new streaming service but Laois fans who made the trip to Tralee were left disappointed when all they got was a blank screen.

The stream did get up and running for the last 15 minutes but luckily our Live Blog was on hand to keep everyone up to date. In fairness to the GAA, it is a good idea, and I’m sure in time it will become more reliable.

Laois face Westmeath in their final round robin game next Saturday in O’Moore Park at 3pm. Laois have nothing to play for and are safely through to the final in Croke Park on June 30.

Westmeath are on four points with plus 20 points difference while Kerry are on minus 19 – so a huge swing is required if Westmeath are not to reach the final.

Antrim are finished on four points with 0 points difference and the only way they can reach the final is if Westmeath lose by more than 19 points and Kerry defeat Offaly by less than 19 points – another extremely unlikely outcome.