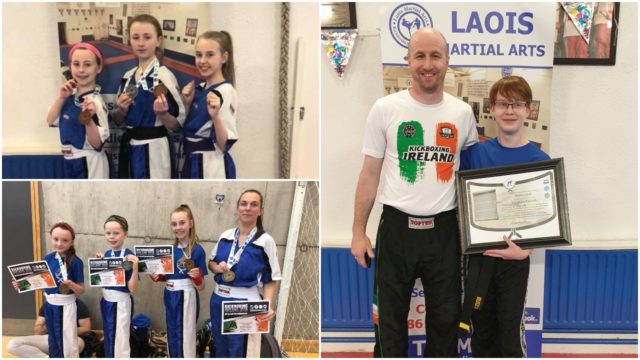 Laois Martial Arts had a busy few weeks taking part in the All Irelands over two separate weekends in April and May.

The event was scheduled over the two weekends, the first one in Monaghan and Dublin for the second weekend.

A team of seven fighters competed in Point Fighting and Light Contact over the two key weekends of the Kickboxing calender.

This event is always a huge event as it gives the fighters a chance to earn their place on the Irish team as well as their chance to fight in the European Championships in Hungary in September.

The team consisted of eight members who train over four times a week, competing in a National event at least once a month as well as other work outside of the club.

The first weekend in Monaghan yielded some great results. Edward Comerford was first up and secured a top place finish and came the club’s youngest All Ireland Champion at the age of eight.

Caitlin Knight, -28kg, followed Edward, coming away with a National Title in Pointfighting. This is Caitlin’s second All-Ireland title in two years.

Next up for the club was Shannon Conlon, -32kg, securing her second bronze in the last two years at the event.

Cian O’Brien got a well deserved bronze medal in his first All-Irelands to date.

Ciara McParttlan – 37kg, who was unlucky to come away with a medal on the day after a great fight.

Next up for the team was Hannah Reinhardt -42kg who won a bronze medal on the day.

Hannah was followed by her sister Amelia who also secured a bronze medal in Pointfighting and a silver in Light Contact.

Senior club member Jen Bracken also secured her place in the second round of the championships, which would follow later in May.

The second weekend of the All-Irelands took place in Tallaght, Co. Dublin.

Securing a well deserved silver medal was Shannon Conlon in the -32kg Light Contact. Followed closely by Caitlin Knight who came away with another All Ireland title in the -28kg Light Contact.

Ciara Mcpartlan secured her first all Ireland title in the -37kg section.

Followed closely by her mother, Jen winning a silver medal in Pointfighting and a gold medal in Light Contact. This is the first time in the club’s history that a parent and a child have won All Ireland titles at the same time.

Overall the club came away with 4 titles, 3 bronze and 3 silver.

Coach Shane Culleton commented that the fighters had all done so much preparation to be ready for the event.

“I am super proud of them all. What a great achievement for a small but great club from Laois,” he said.

Caitlin Knight, Edward Comerford and Amelia Reinhardt will now go on to the Irish team and get their chance to compete in the European Championships in Hungary in August.

The club would also like to congratulate Stephen Lynch on receiving his First Degree black belt in Kickboxing in May from Head Coach Shane Culleton. Stephen has been training at the club for the past eight years.

Next up the busy club is the White Tiger challenge followed by their own National Kickboxing event on July 14 in Laois. 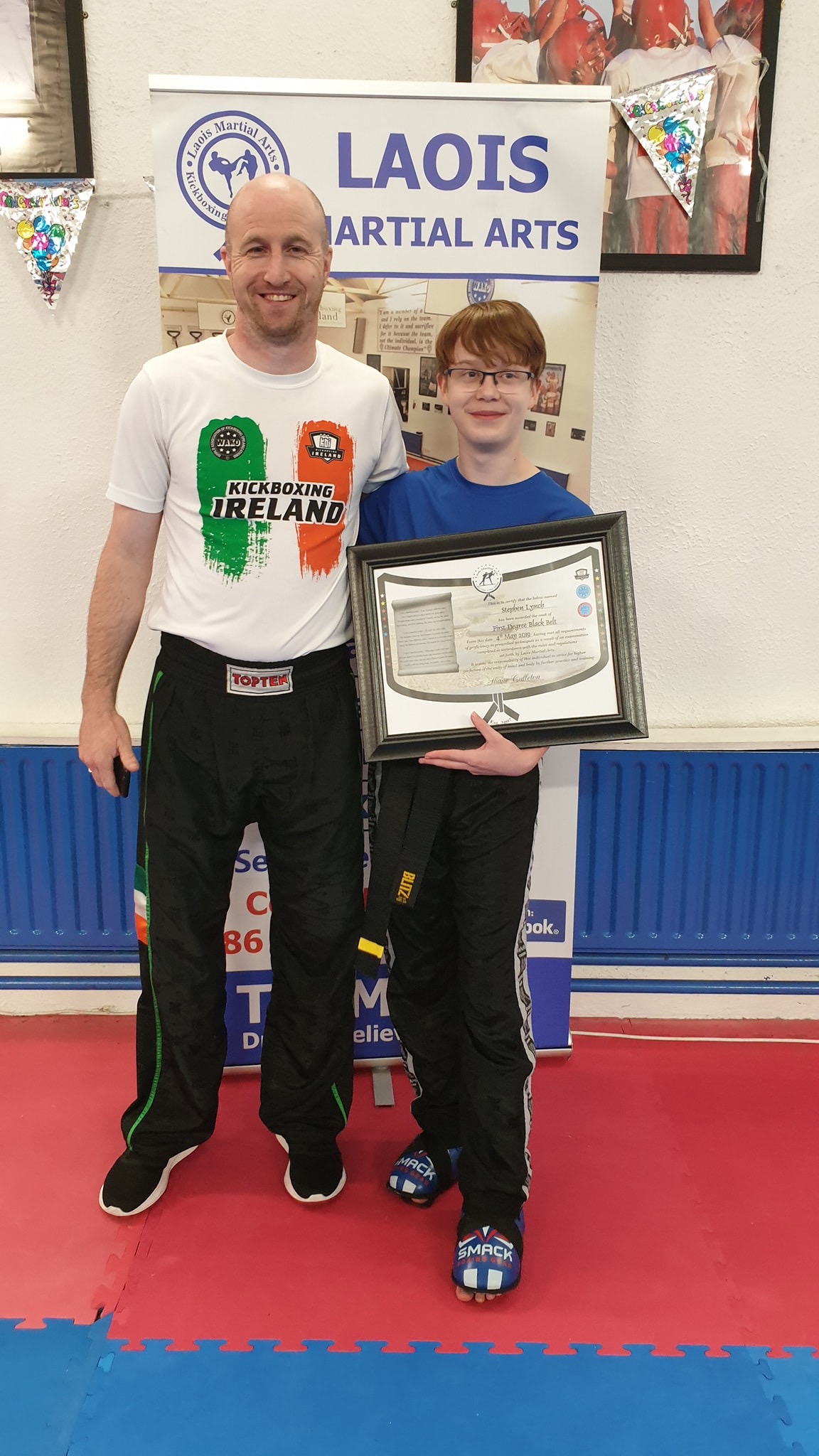