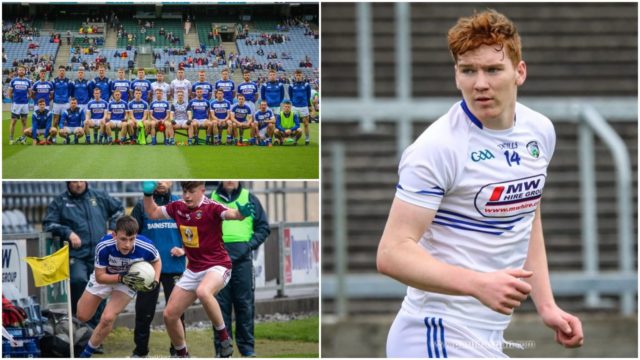 The senior, U-20 and minor footballers will all contest potentially season defining games in the coming weeks.

The Laois senior footballers were drawn against Derry in Round 2 of the All-Ireland Qualifiers following their Leinster semi final defeat against Meath and the GAA have just confirmed details of that game.

The CCC has decided that Laois will face Derry in Owenbeg at 5pm on Saturday June 22.

Up first of the three teams is the Laois minor footballers who will face Kildare in the Leinster championship semi final in O’Moore Park on Friday June 21 at 8pm.

Donncha Phelan’s men reached this stage of the competition last year where they lost out to Meath and they will hope to go one step further this time.

While the Laois U-20 footballers Leinster championship opener against All-Ireland champions Kildare, originally scheduled for June 22, has been moved.

Due to the busy schedule in both counties on that weekend, the game has been refixed by agreement to Tuesday June 25 at 7.30pm in St Conleths Park Newbridge.

Billy O’Loughlin’s men will go into that game as Andrew Corden Cup champions if they avoid defeat against Waterford this weekend.

Leinster U-20 Football Championship Round 1
Kildare v Laois in Newbridge on June 25 7.30pm