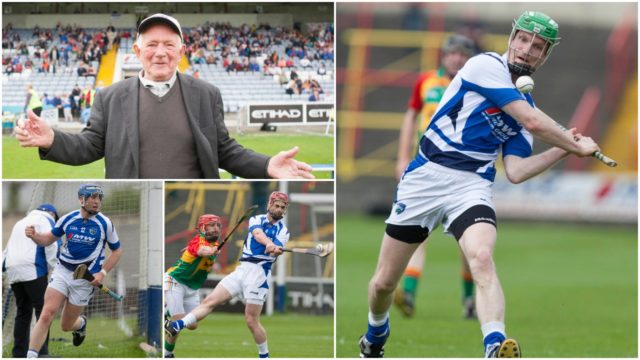 For this week’s Remember the Game, we are on the getting behind the Laois hurlers heading up to Croke Park and are featuring the 2013 meeting with Carlow which saw them appear in the Leinster SHC semi-final.

Another name appearing on the winning team of six years ago was Tommy Fitzgerald, who is now a selector on the Laois senior hurling setup.

Laois’s stellar second half performance in the 2013 meeting, paired with Carlow finishing with only 12 men on the field, meant they finished victors with 12 points to spare to reach the semi-final.

John Meyler’s men had been going well throughout the game, but Laois’s 10 unanswered points either side of half-time killed off the competition.

In addition to this, Carlow lost three players to red cards in the closing minutes, but the Laois victroy had nearly hit the press by those stages.

Laois struck eight wides in the first half, but upped their accuracy in the latter 35 minutes, with their two goals coming off the sticks of Willie Hyland and Zane Keenan.

Stephen Maher broke the initial deadlock for a score in the fourth minute as he raised the white flag from a free. Carlow’s response came from Edward Coady, who struck twice to put the visitors ahead after 11 minutes.

Maher and Nolan traded points before Willie Hyland took his flick on at an opportune moment in front of an empty goal, kicking it into the net to give Laois the lead.

Carlow brought it back to level terms with an impressive Hugh P O’Byrne point immediately afterwards, followed by two answered points from Martin Kavanagh, who was just in his Leaving Cert year that summer.

Maher and Cahir Healy gave Laois a 1-7 to seven point lead at the interval before Laois blitzed the Traffic Light men in the latter half.

Seven scores without reply for Laois deflated the Carlow men, but they made a return of sorts after sending over four unanswered points themselves.

However with roughly nine minutes to go the contest was ended, as Zane Keenan forced the sliotar into the net from a 21 yard free.

The contest may have been over but the drama certainly wasn’t as Carlow saw three men sent off to finish the game with just 12 men.