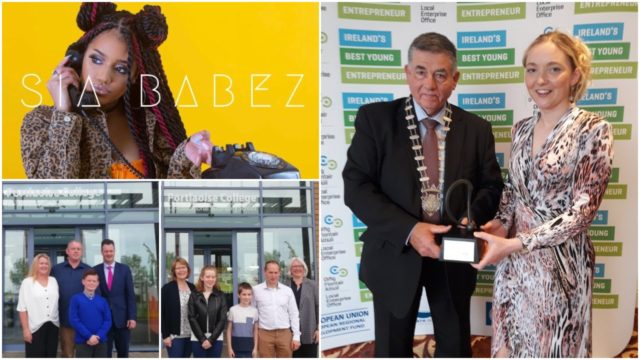 Oisin and Amy were the two lucky Laois students who won a  €1,000 scholarship each to secondary school

Seorsia Jack, who goes under the stage name of Sia Babez, is only 17 years old but is set to film a music video this weekend. The young singer from Portlaoise has been signed by a management company.

The Festival of the Mountain, which has taken place in Rosenallis every summer since 1962, will not go ahead this year with organisers citing a lack of interest.