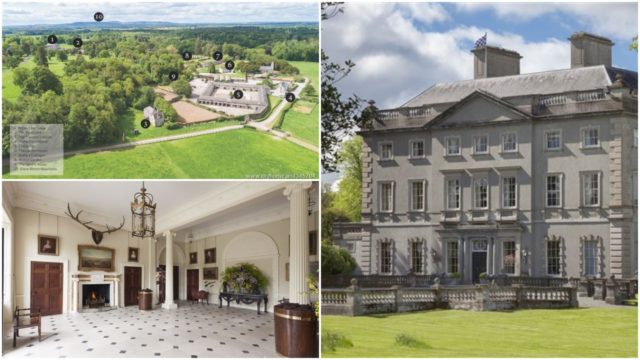 Anybody got a spare €20 million lying around? If so, this could be the property for you.

Abbey Leix Estate, in Abbeyleix, has officially gone on the market with a simple eye-watering price tag attached to it.

He was knighted for services to science and technology in the Queen’s 1994 New Year Honours List and is selling the massive site plus the mansion for an asking price of €20 million.

The mansion is augmented by 10 lodges and cottages on the estate and includes some of Ireland’s most notable ancient woodland as well as extensive frontage to the river Nore.

The history of Abbey Leix dates back to 1150 when some French Cistercian monks arrived and founded an abbey. The Reformation in 1550 spelled the end of their occupancy as the abbey was destroyed.

The De Vesci family took over a couple of centuries later, and in the early 1770s Thomas Vesey, the first Viscount de Vesci, commissioned a new house from a fashionable architect – James Wyatt.

According to MyHome.ie: “The house is an elegant three-storey Classical mansion of seven bays, the three central bays under a triangular pediment.

“The arrangement of rooms is elegant and simple, with three major rooms on the park front. There is a deep hall, with a screen of columns separating it from the east-west-running staircase hall and corridor.

“The music room at the south-eastern corner of the house retains the light, decorative plasterwork for which Wyatt was so admired. Plaster roundels framed by swags of husks were decorated with grisaille by the artist De Gree a few years after completion, probably about 1785.

“In the middle of the 19th-century the Italianate character was adopted and the great Classical library and a conservatory were added. At the same time the front of the house was enclosed within an Entrance Court with terraces added to the rear.” 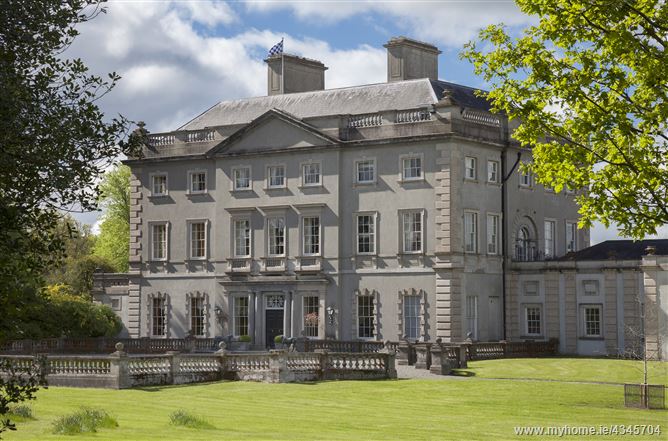 However, according to the Sunday Business Post, things had deteriorated dramatically by 1994.

They say: “The estate had incurred £1.5 million in death duties, and a further £250,000 was needed for essential repairs. 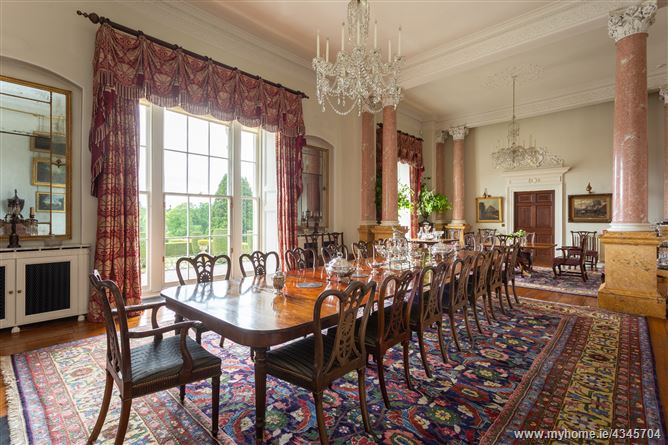 “It is believed that the cash-strapped family were using the hall as a living room – being smaller than the reception rooms, it was easier to heat.”

In stepped Sir David Davies, who at that stage lived in Hong Kong, and after receiving a phone call from the de Vesci’s who were looking to see if he knew anyone suitable who could purchase the land when they put it up for sale, decided to take a look himself. 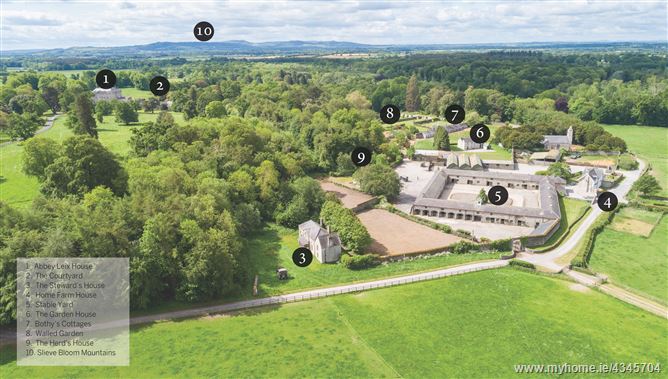 Instead of finding someone else, he bought it and carried out extensive renovation works.

MyHome.ie say: “A comprehensive and sympathetic restoration was undertaken in 1995. A new state dining room was created. 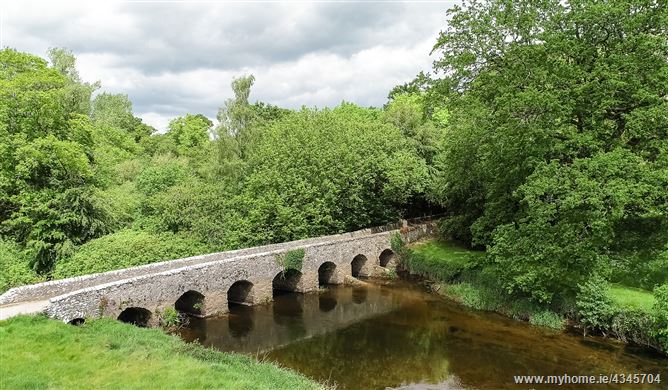 “The whole north-west corner of the accommodation was redesigned to provide a new family room, kitchen and butler’s pantry.

“A considerable programme of conservation of the major rooms followed. The works create a 21st-century family home with an appropriate balance between comfort and informality on the one hand and grandeur for entertaining and the display of art on the other.” 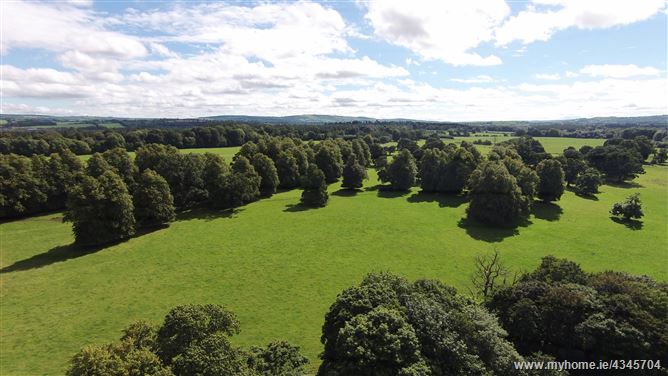 Abbey Leix is on the market with a guide price of in excess of €20 million. The sale being handled by Collier International in conjunction with Sothebys International Realty.