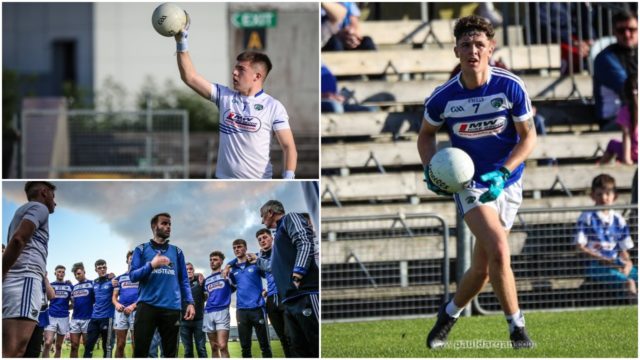 We’re back in O’Moore Park tonight as the Laois U-20 footballers take on Meath in the semi final of the Leinster championship.

The game throws in at 7.30pm in O’Moore Park, Portlaoise.

Like last year in the case of Finbarr Crowley, the rule prohibiting those who play senior from playing U-20 struck Laois again for the first two rounds as Courtwood’s Sean O’Flynn and O’Dempsey’s Mark Barry were unavailable.

However, with Laois eliminated from the competition on Saturday against Cork, the two lads are available for the first time and they come straight into the team from the start in place of Jack Lacey and Niall Dunne.

Meanwhile, Meath have named an unchanged team from the one that defeated Offaly to face Laois.

Meath received a bye to the quarter final where they took on a fancied Offaly side and won 1-12 to 0-12.

When did Meath and Laois last meet at this level?

Laois last faced Meath at this level in 2001 in a Round 1 clash which Meath won 1-7 to 0-8 on their way to Leinster glory – the last time they have tasted provincial success at this level.

Before that, you have to go back 22 years for the next meeting.

It was a Leinster quarter final in Portlaoise in 1997 where Meath, then Leinster champions, were given an almighty scare by Laois.

Chris Conway and Ian Fitzgerald were two of Laois’s main players on that night and their scores had them ahead with five minutes to play when Meath were awarded a penalty.

Ray McGee scored it and Meath advanced by 1-10 to 0-12 where they would go on to lift the title.

What do we know about this Meath team?

Players on this Meath team are very familiar to Laois as we have encountered them in 2017 and 2018 at minor level.

If Laois win, they will face either Dublin or Wexford in the final on Saturday July 19.

The bookies are struggling to split the pair but Meath are slight favourites at 10/11 while Laois are 7/5. The draw is 15/2.