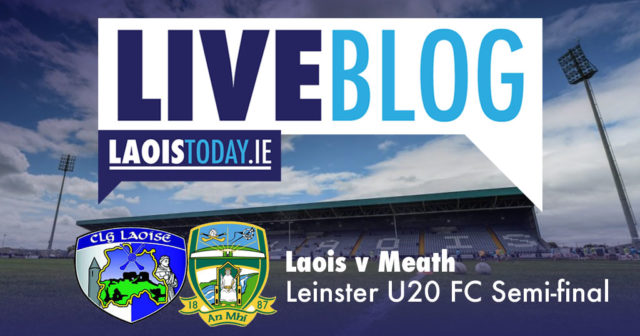 The big day has arrived for these young men.

We’re back in O’Moore Park tonight as the Laois U-20 footballers take on Meath in the semi final of the Leinster championship.

To get here, Laois had to take part in a preliminary round where they face All-Ireland and Leinster champions Kildare in Newbridge two weeks ago.

They had to play both of those games without senior players Sean O’Flynn and Mark Barry but after Laois’s defeat to Cork on Saturday, the pair are both now available.

Meath received a bye to the quarter final where they took on a fancied Offaly side and won 1-12 to 0-12.

Players on this Meath team are very familiar to Laois as we have encountered them in 2017 and 2018 at minor level.

The form book would suggest this will be close and the winner will face Dublin or Wexford in the final on July 19.