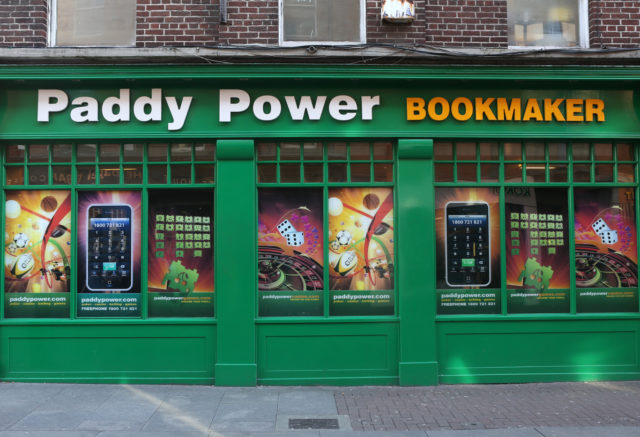 Hundreds of Laois GAA supporters received a windfall this morning by way of apology from Irish bookmaker Paddy Power.

The betting firm caused outrage among diehard fans in advance of the county’s shock win against odds on favourites Dublin at O’Moore Park last Sunday.

Believers in Eddie Brennan’s capabilities took to social media ahead of the match to brand the company ‘disrespectful’ after they priced up Tipp V Dublin to meet in this weekend’s All-Ireland hurling quarter final – ignoring the possibility that Laois could feature.

When they beat Dublin 1-22 to 0-23, fans took their opportunity to stick it to Paddy Power.

“We’re happy to pay the price for underestimating Eddie Brennan’s boys so we are giving a free €10 bet to our online customers who were brave enough to back them last weekend,” a spokesperson for Paddy Power said.

“Given that there’s a 98.9% probability that Tipp will beat them in Croke Park this Sunday, I wouldn’t back them with someone else’s money – so we decided to give loyal Laois fans that option,” they added.

Laois are currently 20/1 to beat Tipperary on Sunday so perhaps that free €10 bet could be put to this use.

Laois face Tipperary in Croke Park on Sunday at 4pm.

It is the second of the All-Ireland Hurling Quarter finals which will be played on the day with Cork and Kilkenny meeting first.

The winner of the Laois and Tipp game will face Wexford in the All-Ireland semi final.