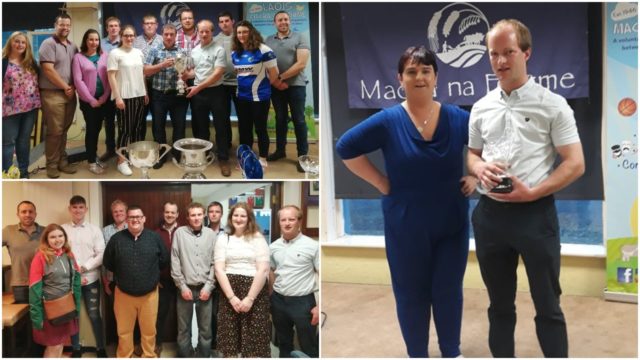 Last weekend, the Macra Na Feirme clubs in Laois celebrated their success over the last year.

Portlaoise Macra won club of the year followed by Durrow/Abbeyleix Macra who finished in second place.

The Club of the Year competition encourages clubs to be active and rewards their achievements and contributions at both local and national level.

Both clubs will now go on to the national semi-finals and will hope to progress to the Club of the Year Finals.

Overall all clubs did very well over the last year in individual and team competitions.

If anoyone would like to find out more about joining a club in Laois Macra na Feirme, private message Laois Macra Na Feirme Facebook Page.

Laois Macra na Feirme would like to Portlaoise Rugby Club for facilitated the event.

Check out some great pictures from Diane Seale from the night below: