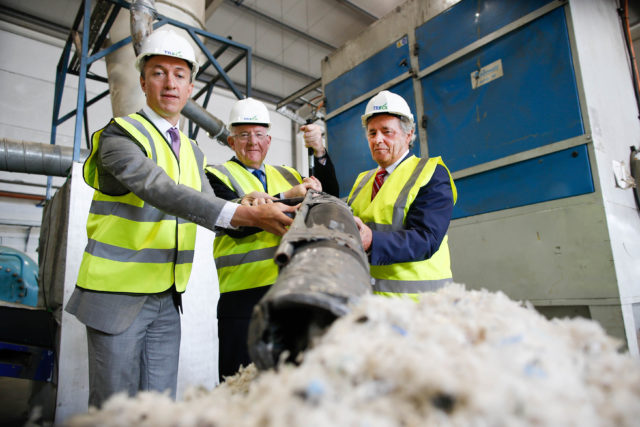 The world’s first commercial plastic ‘plastic waste to wax’ plant was opened today in Clonminam in Portlaoise by Charlie Flanagan, Minister for Justice and Equality.

The plant represents a total investment of some €12m and will employ 16 people initially, with significant expansion plans to export the technologies to the UK, European and US markets.

Trifol produces eco-friendly and value added ‘EnviroWax’ from 100% plastic waste. Wax is widely used in a variety of industries from personal cosmetics to candles, and from crayons to chewing gum.

Global demand for wax is growing four times faster than supply.  The global wax market is currently valued at some $8.1bn and is growing at 4.6% per annum.

Each tonne of EnviroWax produced  removes 1.5 to 2.0 tonnes of plastic waste from our environment. Additionally, Trifol can also produce wax ingredients for the production of synthetic lubricants – the new lubricants of the world.

Plastic waste is an environmental scandal worldwide, with 350 million tonnes being produced yearly, yet only 9% being recycled.

The Trifol plant is the first of its kind in the world. This Irish technology company has developed a novel, innovative and patented method for transforming plastic waste into waxes which have many uses in our day to day lives.

This new product is called ‘EnviroWax’. The company has been awarded three patents by the UK patent office for its unique and innovative process. Patents have been filed and are awaiting grant approval by the EU and USA patent offices.

Speaking at the launch Minister Flanagan stated:“Plastic Waste is polluting our oceans and causing enormous damage to land and sea life.

“It is a very topical and emotive issue. We are presented regularly with the stark visual evidence of what plastic waste is doing to our planet, and in particular our oceans. It is also now becoming a serious threat to public health.

“I am delighted that an Irish company is taking the lead in turning this environmental disaster into a commercial opportunity – and being able to create 30 jobs and, at the same time providing a great boost for Portlaoise and the Midlands.

“The company has chosen Portlaoise as a central location to convert plastic waste into waxes. Most significantly Portlaoise will be a reference site to showcase this Irish technology, with a view to exporting the technology.

“I welcome this project and congratulate Pat and Daire and the entire team at Trifol in their achievements to date and wish them well for the future.”

“We are delighted to open our first plant today, and are honoured that Minister Flanagan is here as a guest of honour. I also want to pay tribute to our team for having taken the technology from a concept, to where we will commence commercial production.

“We could not have achieved this without the support of our shareholders, and board, and indeed the close collaboration of Queen’s University, and more recently the University of Limerick.

“We welcome the publication of the Government Climate Action Plan. It is a potential game changer which we believe will bring about a very positive structural change in our approach to environmental concerns.

“Government based schemes are used globally to support nascent environmental technology businesses like Trifol and we hope the Irish Government will put in place the required supports to fund this environmentally critical and developing Irish sector. 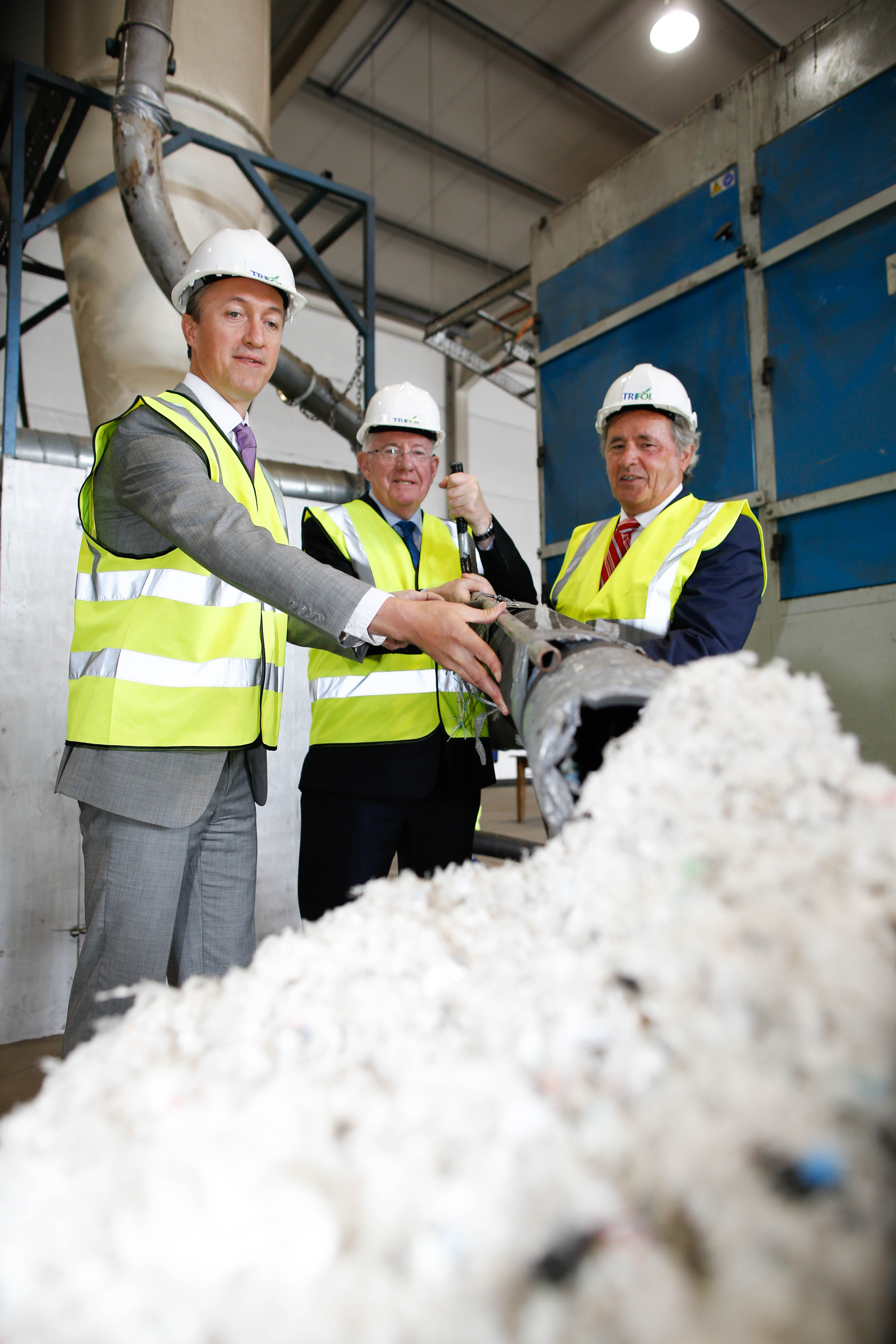 “It would help establish Portlaoise globally as a centre of excellence for our technologies.

“We are already in discussions with potential strategic partners in the waste industry in the UK, Europe and US to advance the next stages of our plans.”

Daire Gilmore CEO of Trifoladded: “Today is just a first step for our business. Our plan is to expand on our site in Ireland, and several more in export markets over the next five years. We are now embarking on a new round of fundraising to finance the next phase of our development.

“We have had detailed discussions with potential customers and have already produced finished products to their specifications.

“We are delighted to be associated with such an innovative high tech company like Trifol, and we are excited that they chose SparkCrowdFunding as their partner for their first retail funding venture.

“It is a great opportunity for the public to make a modest investment in this new Irish developed technology company, that will turn the tide on plastic waste.”