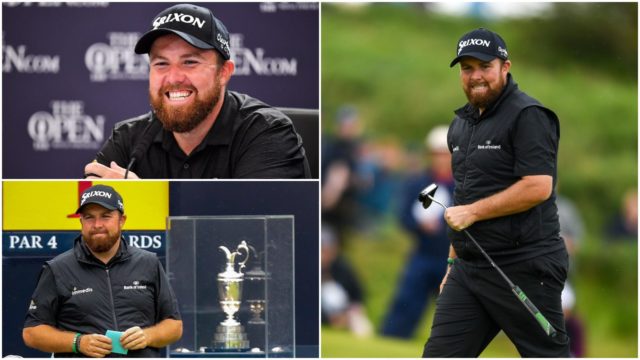 There will be serious celebrations in the Pike of Rushall and across the border in Offaly tonight!

Shane Lowry is a Major champion after he claimed Claret Jug in some style in Royal Portrush this afternoon.

The Clara native took a four shot lead into the final round and the chasing pack could never get within touching distance of him.

After missing the cut for the last four years at this tournament, Lowry looked right at home and managed to keep himself well clear of his nearest challenger Tommy Fleetwood.

Lowry looked right at home as the huge crowd cheered him from hole to hole on his way to a six shot victory.

Shane is married to Wendy Honner who comes from the Pike of Rushall in Laois.

Wendy is a nurse and the couple have one daughter – Iris.

And his sporting heritage was evident before he ever swung a golf club as his father Brendan was part of the Offaly senior football team that won the All-Ireland in 1992.

Congratulations Shane – enjoy every moment of it!

Laois Football Memory: Micko, Paidí and over 10,000 in Mullingar – when Laois last won the O’Byrne Cup