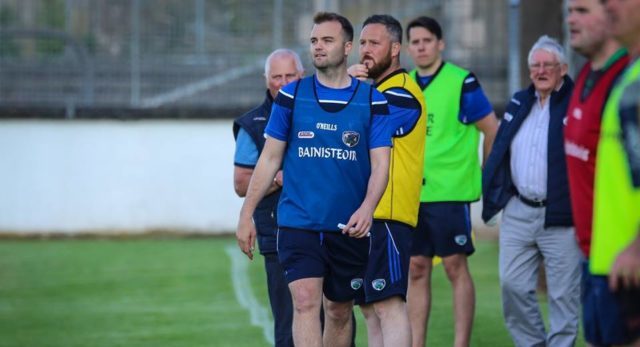 Laois U-20 football manager Billy O’Loughlin says that unless the GAA changes the rule which prevents players who play senior championship for their county from playing at this age grade, he will not continue as boss for a third season.

The former Arles-Killeen player was without the services of Sean O’Flynn and Mark Barry for the first two games of the Leinster championship against Kildare and Westmeath as both players had played for the Laois seniors.

O’Flynn started games against Westmeath and Meath for John Sugrue’s side while Barry played for just 11 minutes against Derry in an All-Ireland Qualifier which came two days before Laois’s U-20 opener against Kildare.

Both players were free to play once Laois were knocked out of the senior championship by Cork and returned to the fold to face Meath in the semi final and then Dublin in the final on Friday night.

Speaking to Midlands 103’s Jack Nolan, O’Loughlin says the rule disproportionately affects smaller counties over bigger ones as they are more likely to have younger players in their senior squads.

He said: “Unless they change the rule, I wouldn’t be in a position to hold this job again next year.

“Some of the U-20s next year, the likes of Dean Brophy, Mark Barry, Sean O’Flynn, they are all underage and the rule that the GAA made (would most likely see them unavailable if they play senior).

“If we are to have proper preparation, you need to have your players playing in your league games and your championship games.

“We can’t be going out against the likes of Dublin next year in the championship and be in a situation where you are missing three or four players because they play senior.

“That is not John Sugrue’s fault, he is picking the best players in Laois and some of those happen to be U-20.

“But the rule is absolutely killing the U-20 championship.”

O’Loughlin also pointed out the farcical system which sees this rule only be in place for football and not hurling.

Podge Delaney and Eoin Gaughan were free to hurl for the U-20s this year despite playing senior championship for Eddie Brennan also.

He said: “Different rules exist for both codes. The likes of the two Comerfords (Ciaran and Daniel) could have played senior hurling with Eddie Brennan and then played U-20 football with us.

“It doesn’t help the likes of Laois who don’t have the numbers, we are picking from a tiny pool which gets smaller if lads are good enough for senior.

“It is unfair on Laois, Carlow, Offaly, Longford, Wicklow – so these are the things they have to iron out or it makes your position as a manager (difficult) because you are not playing with your best players.”