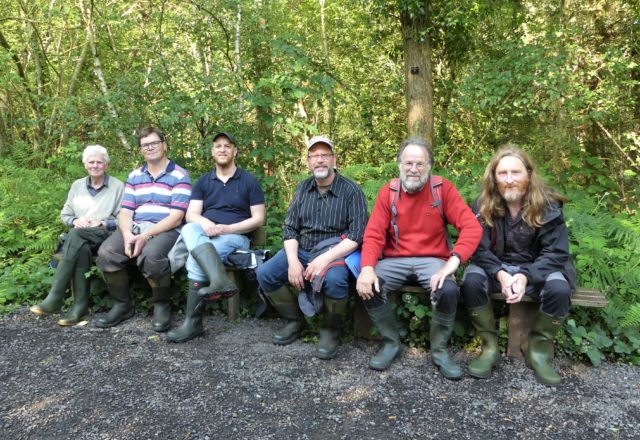 The Abbeyleix Bog project has been approved for the next phase of surveys and research, which will continue to monitor its progress and shape and inform its future development.

Abbeyleix Bog is regarded internationally as a leading light in terms of peatland restoration with particular emphasis on community involvement.

The Laois bog is one of 13 such entities across the country which received further funding and the green light from the Department of Culture and Heritage to support further detailed research.

As well as local community hands-on involvement, which is a hallmark of the Abbeyleix success story, other qualified ecologists and personnel from Bord na Móna will be involved in what has proved a highly beneficial collaborative approach.

One of the primary movers and driving forces behind the ongoing work at Abbeyleix Bog, Koos Uys explains: “Basically the reasons for this latest round of research is not so much to establish the numbers and nature of the species we have at Abbeyleix but rather to measure, project and assess the impact of our restoration works and proposed strategies on any important species.

“We want to make sure that all our data and information is correct and verified so as to ensure that we avoid any negative unintended consequences on important species from our restoration plan which is ongoing.”

A number of new detailed surveys will be conducted by ecologists and Bord na Móna personnel as part of this process. The work is being conducted under the Peatland Community Engagement Scheme.

In the Proposed Restoration Plan, drafted in 2017 by the Technical Advisory Group of the Abbeyleix Bog, the project site is divided in 9 hydrological zones, each with short, medium and long term (4-5 years) actions.

As part of the short term actions for all zones, this project proposes to commission ecological surveys for 7 hydrological zones.

In 2008 Bord na Móna agreed to hand over the management of the 500 acres Killamuck, Abbeyleix Bog to the local community.

A Technical Advisory Group was formed to help steer the transition, as well as looking at the interim conservation issues.

A draft conservation management plan was drawn up by November 2008. Based on this draft plan the NPWS made funds available to block the 64 km of drains on the high bog sections of the project with peat dams. This was completed in the summer of 2009.

In 2010 the 50-year Lease agreement were signed between the Abbeyleix community and Bord na Móna.

With funding from Laois Partnership the Abbeyleix Bog Project (ABP) commissioned a feasibility study for the Project with a Business Plan as output in 2012.

The plan consolidates, informs and guides all activities of the project.

The Abbeyleix Bog over the years already contributed towards the objective to raise awareness and understanding of the benefits and values of raised bogs and encourage community involvement to inform future decisions.

In the last 10 years the project was successful in building excellent relationships with and goodwill amongst individuals in local, regional and national community groups, organisations, state agencies, NGOs, academic institutions and others as valued stakeholders.

These individuals and stakeholders brought much needed skills, knowledge, expertise and capacity to the project.

Volunteers, local and from outside the county, account for the bulk of conservation activities, whether invasive species removal, vegetation management for pollinators, recording of plant, bird, insect and other species, or building of recreational infrastructure.

To date, almost 2km of bog-bridge or boardwalk was put in place or built through voluntary labour.

APB was the first and only non-designated raised bog site in Ireland to benefit from large scale rehabilitation works by blocking 64km of drains on the site in 2009.

Later next month on August 11 and 12, Abbeyleix will host an international workshop assessing the heritage perspective of such peatland restoration as part of the Horizon 2020 programme in conjunction with the Community Wetlands Forum.

Abbeyleix Bog and Heritage Centre will be the venues for this event and will include international delegates from both the UK and the Netherlands as well as a number of Irish contingents.