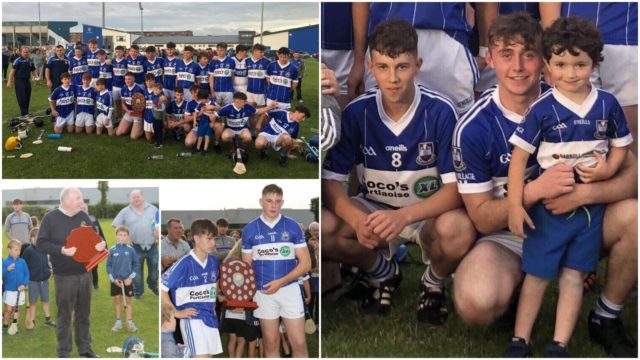 Conor Fitzpatrick, who is still U-15, scored 3-4 for Park-Ratheniska-Timahoe on the night but it was enough as his side fell to a last minute defeat.

They looked to have the game wrapped up as they led by six points with a quarter of the game but Castletown never gave up and they forced their way back into the game before eventually winning it.

Park-Ratheniska-Timahoe made a brilliant start and found themselves seven points up with just five minutes on the clock.

Cormac Murphy fired over a lovely point and that was followed by the first of Fitzpatrick’s three goals when Sean Fanning forced the ball his way on the edge of the square.

And the corner forward had the ball in the net a moment later when James Connolly, operating as a sweeper, delivered a lovely ball to Fitzpatrick who turned his man and then drove the sliotar to the net.

Castletown were rocked but they responded well by getting five of the next six points – all of them Ciaran McKelvey frees – with Sean Fanning Park-Ratheniska-Timahoe’s only scorer in that period. 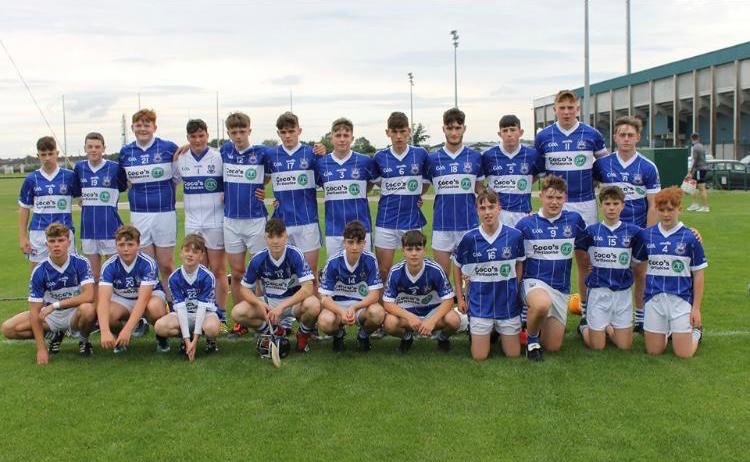 The sides would get two more points each before the end of the half but Castletown struck for a crucial goal in that period too.

Laois minor hurling captain Tadhg Cuddy marauded his way through the Park-Ratheniska-Timahoe defence before unleashing an unstoppable shot to the roof of the net. 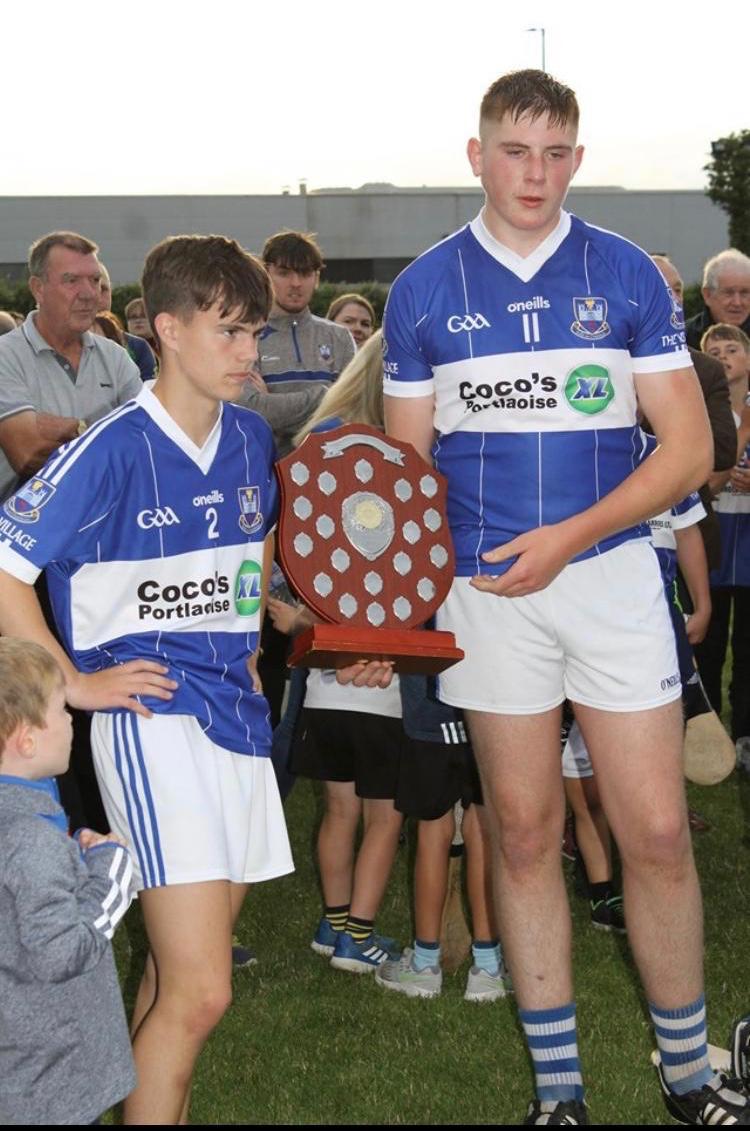 Park-Ratheniska-Timahoe led 2-5 to 1-7 at half time and they extended the margin on the resumption of play through Cormac Murphy.

The sides then swapped points with Jamie Conroy and Ciaran McKelvey seeing Castletown scores cancelled out by Daire McDonald, Fitzpatrick and a brace from Marc Ramsbottom. 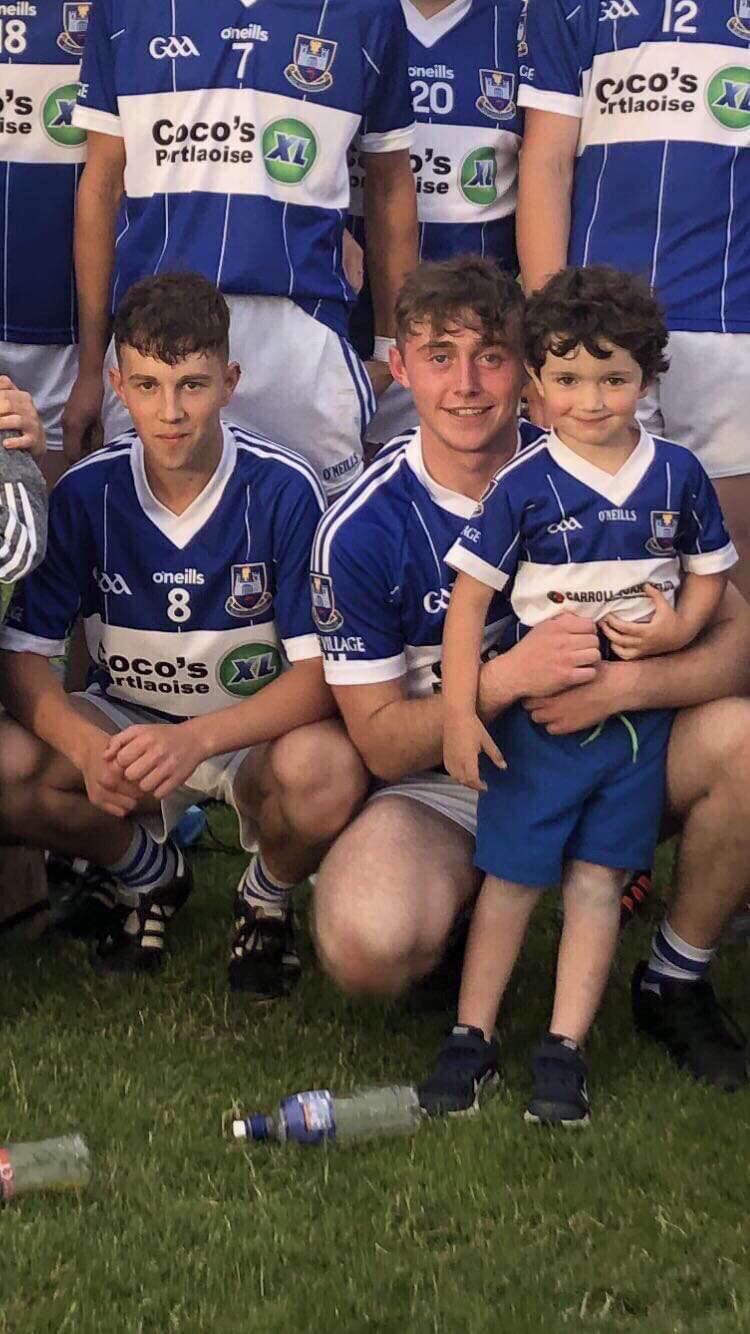 Fitzpatrick then completed his hat-trick and Park-Ratheniska-Timahoe led 3-11 to 1-11 with 15 minutes to play.

But Castletown refused to give in as points from Jamie Gill, John O’Connor and four more from Jamie Conroy levelled the game with two minutes to play. 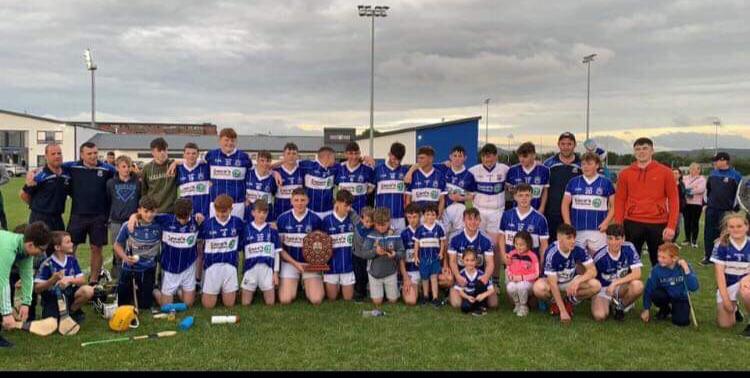 Conor Fitzpatrick restored Park-Ratheniska-Timahoe’s lead but their hearts would then be broken right at the end as Jim Peters struck for the match winning goal.

A great game involving two fine teams who will surely meet again in the latter stages of the championship.