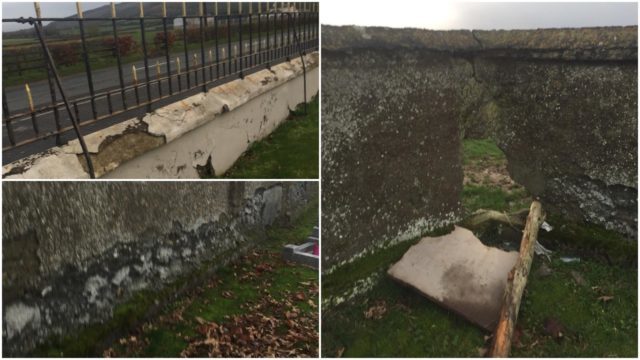 Work on the dangerous wall in Timahoe cemetery are expected to be carried out towards the end of 2019 or early 2020.

The works are currently at tender stage, according to Acting Officer in the Environment Section Ann Carroll.

“I’m terrified of the wall over in over a nearby headstone,” said cllr Paschal McEvoy, who raised the motion requesting an update on the works.

“Improvement works are proposed at Timahoe as per the MD Works programme – repair of damaged walls and railings,” said the response by Ms Carroll at the Graiguecullen-Portarlington Municipal District.

“Only repair works and not a new wall? Thay wall they have there is in an awful state,” said cllr McEvoy.