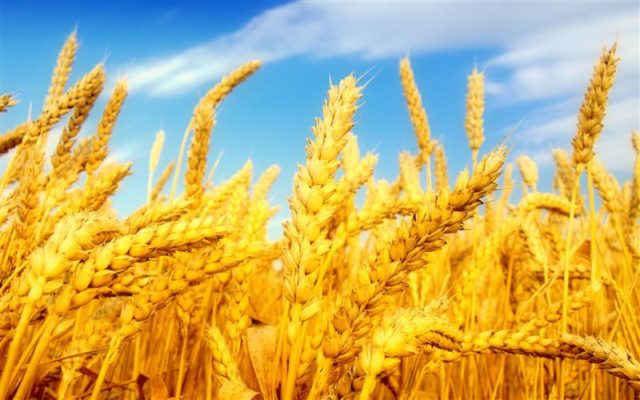 Recently I was greatly inspired by the kind gesture of a neighbour calling with a bag of fresh vegetables from their garden.

There is something very fulfilling eating fresh vegetables that you have nurtured and cultivated with your own hands.

Harvest is from the Anglo-Saxon word hærfest, “Autumn”.

It then came to refer to the season for reaping and gathering grain and other grown products.

The full moon nearest the autumnal equinox is called the Harvest Moon.

So in ancient traditions Harvest Festivals were traditionally held on or near the Sunday of the Harvest Moon. This moon is the full moon which falls in the month of September.

An early Harvest Festival used to be celebrated at the beginning of the Harvest season on 1 August and was called Lammas, meaning ‘loaf Mass’.

Farmers made loaves of bread from the fresh wheat crop. These were given to the local church as the Communion bread during a special service thanking God for the harvest.

As we celebrate the beginning of harvest time, once again we are reminded of God’s bounty, when it comes the harvest.

In Celtic times, this season of Lunasa was an occasion of thanksgiving. The Celtic people burnt huge fires, danced and celebrated many rituals, as they thanked God, for the food and sustenance that nourished them as they faced the darker and more vulnerable months of the year.

Harvest time is indeed a time of rich blessing, a time to gather all that has been planted and cared for since the early spring.

There can be no harvest without all the necessary tilling, planting, pruning, weeding and nourishing that accompany any fruit that ripens into something good and nourishing.

Perhaps this harvest time is an opportunity for us all, to acknowledge the fruits that we all have in the depth of our being. Fruits that take a lot of time to grow and mature into the beautiful personality and unique qualities that are particular to all our stories.

The gift of grandparents who embody the story of every harvest. Parents who respond so generously to the needs of their children.

Parenting I’m sure in many ways could be likened to tending the needs of the vineyard, it is constant, demanding, most challenging and in many ways totally dependent on the unconditional generosity and reservoir of love, that provides for the needs of family life.

I am often truly inspired by the time and indeed sacrifices that so many wonderful parents, so often make for their children, in order to allow them to grow and realise the best possible harvest for their family.
No fruit or talent can realise its potential without effort and work.

The story is told about a group of frogs, travelling through the woods, two of them fell into a deep pit.

When the other frogs crowded around the pit and saw how deep it was, they told the two frogs that there was no hope left for them.

However, the two frogs decided to ignore what the others were saying and they proceeded to try and jump out of the pit.

Despite their efforts, the group of frogs at the top of the pit were still saying that they should just give up, that they would never make it out.

Eventually, one of the frogs took heed to what the others were saying and he gave up, falling down to his death. The other frog continued to jump as hard as he could.

Again, the crowd of frogs yelled at him to stop the pain and just die.

He jumped even harder and finally made it out. When he got out, the other frogs said, “Did you not hear us?” The frog explained to them that he was deaf. He thought they were encouraging him the entire time.

Moral of the story: People’s words can have a big effect on other’s lives. Think about what you say before it comes out of your mouth. It might just be the difference between life and death.

May we be all instruments of encouragement and radiators of hope. Encouragement is verbal sun shine that allows real growth and rich harvest.

Lord, thank you for walking with us through the seasons of our lives.
For the winter, when we are held safe in your arms through the darkness.
For the hope of spring, as we are filled with new promise and life.
For summer time, full of warmth and colour.
And for autumn days as leaves fall to seed new growth.
You are always with us.