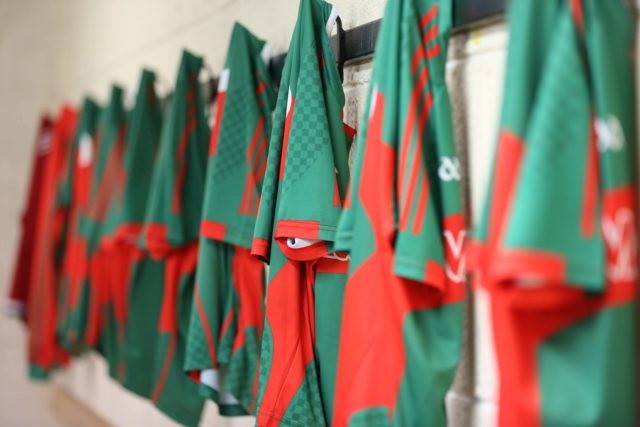 Graiguecullen defeated Ballyfin by ten points tonight in O’Moore Park tonight – but with five minutes to go the sides were level.

Kevin Doogue’s men really struggled against Ballyfin for long periods and in the end it was a goal from veteran Danny Doogue that helped them turn things in their favour with 55 minutes on the clock.

They got another goal before full time to put an unrealistic look on the scoreboard but they won’t care one bit about that.

Ballyfin went into the game as favourites for relegation but they did their prospects of survival no harm for 95% of the game – although they will be disappointed with how it got away from them in the end.

The first half produced one of the closest games of the championship to date – although the quality was rather low.

Both teams operated with fairly defensive set-ups and that meant we had a half of little scoring opportunities and low scoring.

Ballyfin funneled wing forwards Dan Molloy and Nick Cosgrove back behind their half forward line whenever the lost possession and midfielder Kevin O’Rourke operated as a permanent sweeper.

Graiguecullen played a two-man full forward line of Danny Doogue and Aaron Forbes with Ian Fleming playing around midfield and the set up of both teams resulted in something of a stalemate which Ballyfin, the rank outsiders, shaded.

Graigue got the game’s first three points in the opening ten minutes via Jamie Parr, Danny Bolger and Ross Hennessy but they would only kick two more in the remainder of the half.

Ballyfin began to grow into the game as captain Jamie Moore landed two scores from long distance before the impressive Allan Connolly levelled the game for the first time after 17 minutes following a great run from full back.

The teams then traded points with Jack Priestley and Sean Moore edging Ballyfin ahead for the first time before Ian Fleming and Luke Alsybury equalised.

It looked like we would head for half time level but Sean Moore popped up with the final score of proceedings to leave Ballyfin ahead 0-6 to 0-5 at the break.

And that lead was out to two four minutes into the new half as Allan Connolly combined with Darragh Connolly to set him up for the first point.

Graigue kicked four wides in a row before Jamie Parr cut the deficit to one again with his second free of the evening after 40 minutes.

Neither team scored again until Jamie Parr landed his third free and we headed for the final quarter of the game with the sides deadlocked once more at 0-7 apiece.

Graigue were on top now but continued to kick wides before a disputed point gave them the lead after 52 minutes.

Jamie Parr kicked a close range free and the umpire were confused as to whether it had gone over or not. They reached for the flag but referee Clifford Ward signalled it wide.

Then linesman Des Cooney entered the field and seemed to indicate to referee Ward that it did go over. The referee went back in and the point was given – much to the annoyance of Ballyfin.

And then five minutes from the end, veteran Danny Doogue stepped up to win the game. Mark Timmons split the Ballyfin defence with a pass and he stepped inside Allan Connolly to rifle the ball to the net.

Ballyfin were crestfallen and they conceded another goal before the end when keeper Robert Foran spilled Jamie Parr’s shot into Aaron Forbes’ path and he tapped in their second goal.

Parr kicked a couple of late frees as Graigue advanced to the winners section.