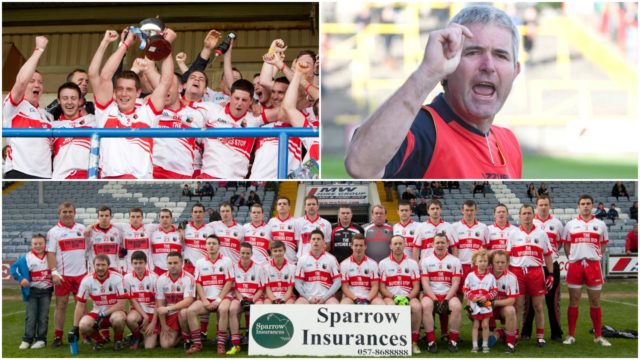 Ahead of tonight’s clash between Emo and Ballyroan-Abbey in the first-round of the Senior Football Championship, we look back on Emo’s victory over the same opposition in 2012 when they claimed the Intermediate title.

This game was an enthralling encounter with Emo coming out on top by five points.

Emo had been relegated from senior the year before and they made an immediate return by capturing the Intermediate Championship.

Emo controlled the game and goals from Evan Costello and Conor Lawlor sealed the victory for ‘The Village’.

It was Ballyroan Abbey’s second time to lose in an Intermediate final in a row.

Ballyroan went in search of a goal to try get themselves back into a game but Emo’s defence held out in the end.

Manager John Strong and captain Darren Strong were proud of their team’s spirit.

They said it was their spirit that got them over the line to secure a return to the senior ranks for the following year.