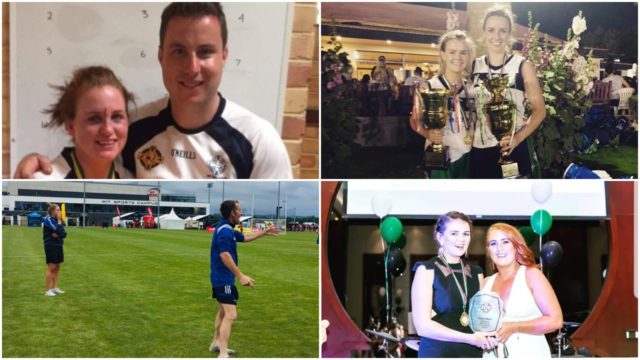 A number of Laois natives are already knee-deep into the GAA World Games taking place in Waterford from Monday July 29 to Thursday August 1.

Laois is represented by both players and management squads alike, across the four codes of; football, ladies football, hurling and camogie in the WIT Arena in Waterford.

Mountmellick native and former Laois ladies former Rachel Williams is representing Abu Dhabi’s Na Fianna in football with the Middle East, while Claire Walsh, originally from The Harps camogie club, takes up sticks with the Middle East having played for Sharjah for the past two years.

Claire, who recently recently Sharjah’s Player of the Year, had this to say to the GAA ahead of the World Games.

“We’re really looking forward to the games in Waterford. Preparations are going great, our team are getting on really well.

“Training is tough in this heat at the moment but we’re looking forward to seeing how we get on in regular temperatures at home in July. Hopefully the hot weather training will stand to us!”

However there is not only players involved from Laois, but also coaches.

Sarah Hartnett from Rosenallis is the camogie officer for Europe and is part of two European teams at the event.

Competing at the competition for only the second time in their history, Europe Camogie have brought two teams this year.

They have one Irish and one non-Irish team as the squad and management team consists of players from seven different clubs under the European County Board: Belgium, Berlin, Setanta Berlin, Den Haag, Eindhoven, Hamburg, Holland Gaels, Basel, Darmstadt and Dresden.

Conor O’Regan from Graiguecullen was in charge of the Victoria GAA women’s team who won their first ever Australasian Games in 2017.

The Laois man created history at the weekend as he led his State to championship glory and he is now managing the Australia ladies team.

They have previously gotten to the final on two occasions, losing both times, and are now hoping three’s the charm for this week.

Meanwhile another Laois man is over another Australian team.

Paddy Phelan from Rathdowney oversees the Sydney Shamrocks, and is now over the Australian hurling team.

Two other Laois natives are also sharing their managerial expertise down in Waterford.

They were joined by GAA stalwart and fanatic Fiona Delaney in WIT yesterday for the World Games.

Over 85 teams will be competing to earn a place in their Division’s Final in Croke Park on August 2, with the prestigious honor of a GAA World Games medal up for grabs.

This family-friendly event is free of charge for the entire week, including the Finals, and all are welcome to attend any or all of the events for the duration of the Games, with an action-packed schedule from morning to evening.

Every day is sure to be a feast of GAA action, featuring the very best talent from around the world!

There are now over 400 GAA clubs outside of Ireland, in every region around the globe. Over 60 percent of the players at this year’s event were not born in Ireland, showcasing the rapid growth of the games. 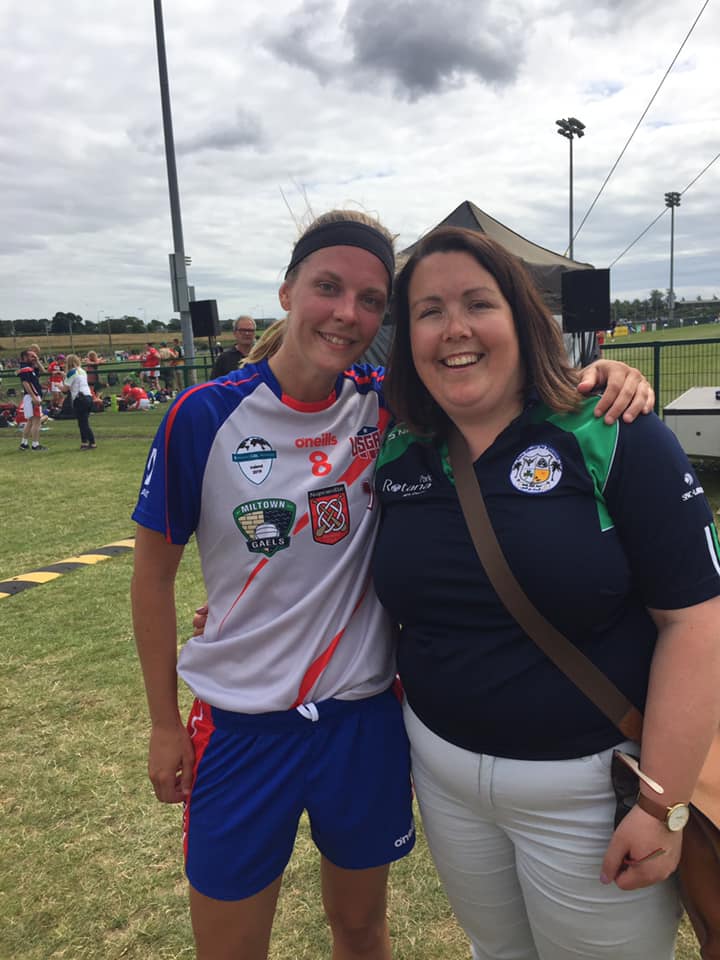