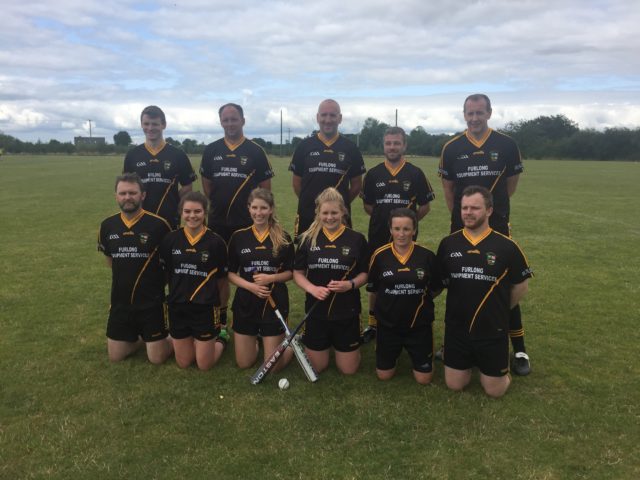 The Heath senior mixed rounders team continued their march towards winning three All-Ireland titles in a row with an impressive victory over Laois rivals Clonaslee.

On paper The Heath were firm favourites coming into this game and they demonstrated why by putting on an excellent display throughout the game.

The Heath came out of the blocks in the first innings in ruthless fashion putting the game beyond Cloanslee.

The Heath put on an exhibition with the bat. Homeruns from James Kavanagh and Tom Moore were the highlight of the first inning as The Heath ran in 21 scores to put The Heath in control.

Clonaslee just couldn’t live with excellent bowling from James Kavanagh of The Heath. The Heath then ran in another 10 scores to finish the game as a contest.

To be fair to Clonaslee they stayed battling away against the reigning champions. Anne Kelly and Ronan Doolan excelling on the field with great catches.

In the third innings The Heath got another 7 scores to push the lead out to 37-5, with Michael Slevin of The Heath getting one of the catches of the day.

Clonaslee still battled away with Aaron Wisely hitting a massive homerun for Clonaslee but it was only a consolation at the end.

A Tom Moore catch sealed the win and booked The Heath’s place in the mixed semi finals.

Next up for The Heath rounders teams’ is The All-Ireland semi-finals in Mostrim GAA centre in Longford on the 17th of August.