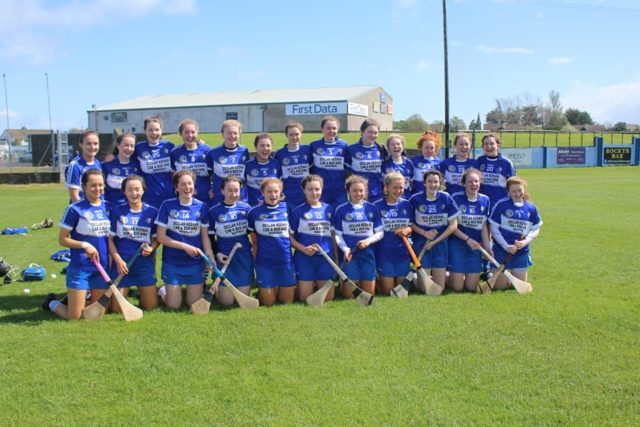 What a way this would be to finish their year.

The Laois minor camogie team have had a sensational season so far, winning the All-Ireland ‘B’ final against Limerick earlier this year.

Since then, they have set their sights on the Leinster championship.

Here we preview the Leinster ‘B’ U18 final:

When, where and what time is it on?

No team has been officially released ahead of the final, but we expect the side lining out to be similiar to the one which played their last group game against Westmeath.

An individual player profile on each member in the squad can be found here.

Path to the final

Defeating both Carlow and Westmeath in the group stages set them up for a spot in the Leinster final against Meath.

Robert Jones’s side finished top of their group after victories over Carlow, with a scoreline of 5-16 to 2-4 and then most recently, they defeated Westmeath 4-12 to 1-3.

What happened when this sides last met?

Laois and Meath previously met on March 16 of this year, in the group stages of the All-Ireland championship.

The women in blue and white defeated Meath on the hefty scoreline, coming out victors on a 2-13 to 0-5 result after 60 minutes.

Originally an away fixture, the game moved to Shanahoe for Laois’s second home outing of the championship.

After pitch inspection by referee Mike Ryan (Tipperary) it was deemed fit to play match. So the game went ahead in what was definitely March of many weather’s spring to mind.

Cathy Galbraith got Laois out of the stalls first with a point in the firt minute.

This followed with 12 more points by Laois in first half to Meath’s 0-2, both scored by Ciara Foley (one from free).

Robert Jones’s side pushed on in the second half, securing two goals from Kirsten Keenan/

Although Meath added three points to their tally, two from Àine Cooke (one free) and a free from Ciara Foley but it wasn’t enough to keep Laois at bay.

Meath finished with 14 players and Laois ended up strong winners by 14 points.

Referee for the game

The man in the middle for today’s game is Kildare native Paul Ryan.