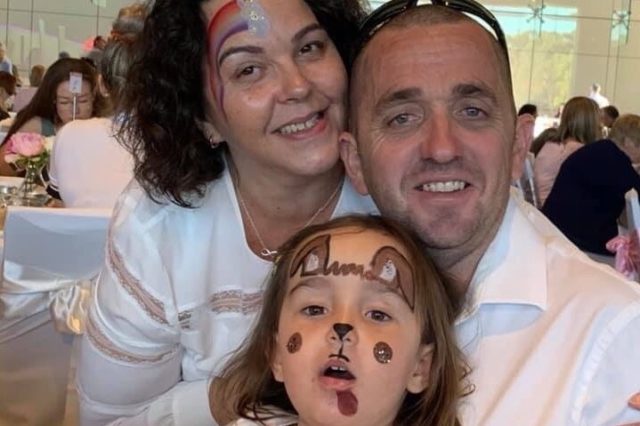 Tributes have been paid to a young Irish father with Laois connections who tragically died in Australia.

Mr O’Connor tragically died while waiting to return home from the game.

His father, also Owen, worked in Corrigeen Construction and now works in the Storeyard, Portlaoise.

Owen junior was described as being a much-loved character in Cloneygowan. He was also highly involved in GAA and soccer circles in the area.

A GoFundMe page was set up to support Mr O’Connor’s young family. Paula Quirke, a family friend, paid tribute to him on the page’s blog.

“This past Sunday morning, 21st July, we lost one of the kindest, caring and adoring husbands and father in a tragic accident.

“Emmet went out to watch Freo Dockers who were playing at Optus Stadium, a team who he madly supported and adored and unfortunately he never came home.

“Emmet was an amazing father, husband, son, brother, friend and colleague. His wife Tina and beautiful daughter Niamh need all of our support during this heartbreaking time.

“I’m asking for anyone who knew Emmet, and hopefully people who didn’t get the chance to meet him and laugh with him to donate any amount you can afford.

“Events like this can bring the best out in people so I’m hoping to show the O’ Connor family all the love and support we can give through this fundraiser.”