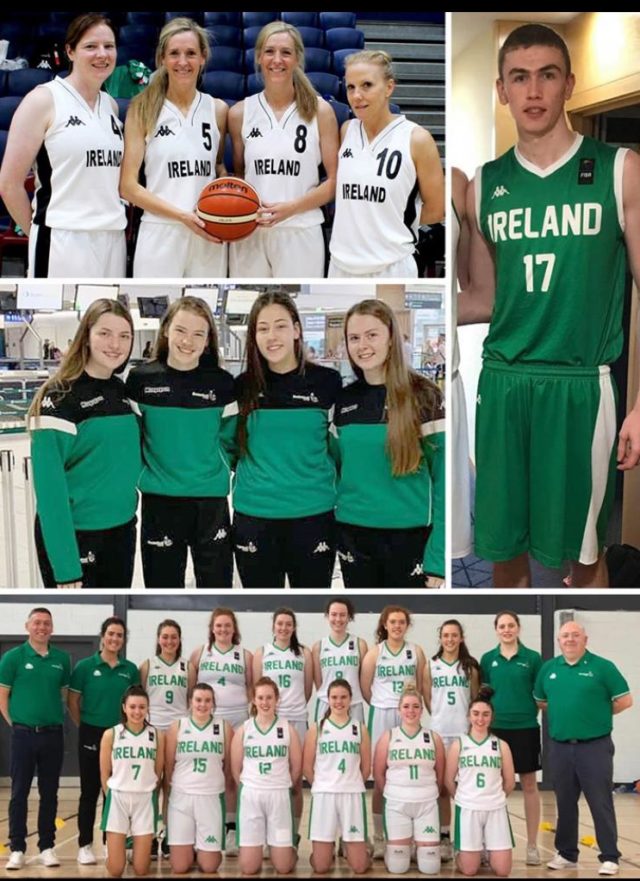 To have one international player is a big deal for a club – but Portlaoise Panthers have had 11 club members who have spent their summer representing Ireland across six different age groups.

This is a massive achievement for a club like Portlaoise Panthers and further enhances their reputation as one of the leading contributors to Irish Panels over the past decade.

Grainne Tomlinson, Deirdre Tomlinson, Pam Grogan and Ann-Marie Troy were all in Finland with the Irish Masters team competing in the 2019 FIMBA World Championships.

Jasmine Burke, Sarah Fleming, Shauna Dooley and Lisa Blaney are all part of the current Ireland U-17 Irish team. They recently headed to England where they played a series of games against a Nottingham Wildcats select team and Great Britain.

This team will take part in the 2020 U-18 European Championships.

James Gormley has just returned from Portugal where he was part of the Irish U-20 Men’s team that competed in the U-20 European Championships.

James has also been training with the Ireland Senior Men’s Team this summer and his hard work was rewarded last Sunday as he earned his first Senior cap for Ireland against Luxembourg in Dublin.

Claire Melia has recently been named captain of the Irish U-20 team from for the upcoming European Championships in Kosovo.

Former Panther players Amy Dooley and Maeve Phelan are also on this squad.

Ciara Byrne was a member of the Irish U-18 team who took part in the recent European Championships in Skopje. The team finished 9th overall.

Grainne is originally from Carlow and has been playing for Portlaoise Panthers for 10 years. Grainne was part of the back to back National Cup Winning Sides of 2014/15.

Grainne’s medal haul is massively impressive as she has played on teams that have dominated on a local and national level over the past decade.

Deirdre is also an extremely gifted GAA player having played for Carlow for many years.

Deirdre has accumulated an impressive collection of winners medals over her time with Portlaoise Panthers including Midland League, Top 4, National Cup and National League.

Deirdre is one of Ireland’s leading performers at the world championships in Finland this week.

Pam who hails from Dublin has been a constant on the Midlands basketball scene for many years now. Pam was a member of the very first DCU Mercy Basketball team over 30 years ago.

“Troy” as she is more commonly known as has been a constant on the basketball scene for 20+ years now. Ann Marie went to Scoil Chriost Ri and was part of the great Pat Critchley teams of the 90s.

Ann Marie has played for various clubs over the years including Ballyroan, Cougars and Portlaoise Panthers, winning various titles along the way.

Shauna is one of the most successful players to ever come from Portlaoise. She was captain of last year’s U-16 Irish team.

Shauna was a pivotal member of the Panthers U-20 team who reached last year’s National Cup Final. Shauna has also won multiple National Titles with Scoil Chriost Ri and also represented the school at the World Championships last April in Greece.

Shauna is the proud holder of two golden balls from Basketball Ireland. These balls are presented to the MVP in national finals.

Jasmine is one of the most improved players Portlaoise Panthers have produced in the last few years. Jasmine was a member of the Scoil Chriost Ri Schools Cup winning team and also traveled to Greece last April to compete in the World Championships.

Jasmine played a huge role in helping Portlaoise Panthers to the U-20 National Cup final last year. Jasmine will be hoping they can go one step further in 2019/20 season.

Lisa transferred to Portlaoise from the Maree basketball club last year. Lisa has been a huge addition to both the U-18 and U-20 teams.

Lisa was part of the U-16 Irish team that took part in the European Championships in Montenegro last year.

James has enjoyed an incredible 24 months. James spent the 2017/18 season in the US. James enrolled in a Basketball program over there to help develop his skills.

James returned to Ireland in August 2018 and joined up with the Portlaoise Panthers National League team. James enjoyed a hugely successful season.

James was a member of the Panthers U-20 team who reached the National Cup Semi Final. They also won the Senior Midland League and Top 4.

Since the season has finished James has earned his senior cap. No Portlaoise Panthers player has ever played for the Ireland Senior Men’s Team. Standing at 7ft tall the sky is the limit for James.

Claire has recently been named as captain of the Irish U-20 team who are heading to Kosovo to take part in the European Championships.

Claire has moved to America in the past few weeks where she has accepted a scholarship at St Joe’s University Philadelphia.

Claire is Ireland’s most decorated Underage International. This will be Claire’s 4th European Championships. Claire was captain of the U-18 team that reached the European Final in 2018. She was named on the All Star team for that competition.

Claire was also captain of the Portlaoise Team who made history last year when they reached the U-20 National Cup Final.

Ciara has recently returned home from Portugal where was a member of the U-18 Irish team who finished 9th in the European Championships. Ciara has had a phenomenal few years.

Ciara was part of the Scoil Chriost Ri team that won various National Titles in the past few years. She also took part in the World Championships in Greece last April.

Ciara will now join up with the u17 Irish Squad and begin preparations for next year’s European Championships.

Ciara is also an extremely talented GAA player having represented Laois in both codes at various age levels.

Sarah traveled to Greece last April to take part in the World Championships with Scoil Chriost Ri. Sarah won the 3 point shooting competition at this tournament.

Sarah is a member of U-18 and U-20 Panthers teams. Sarah played a huge role in the success both these teams had last season.

Sarah will be hoping her form continues and she will make the final squad for next years European Championships. 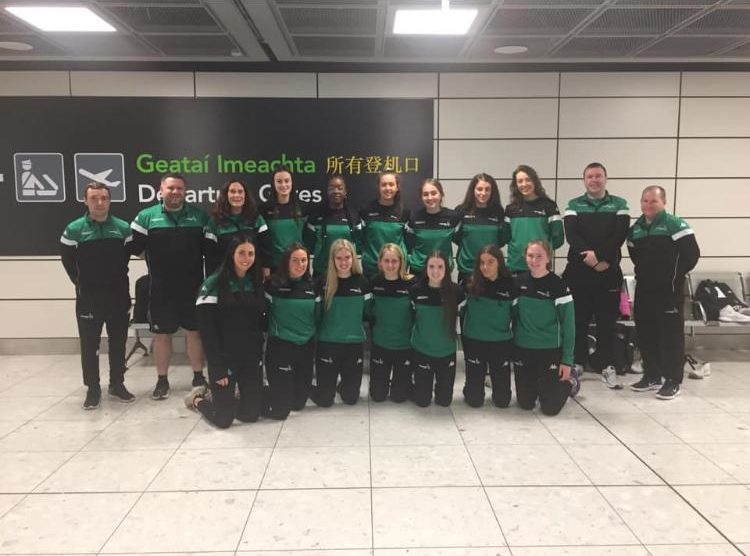 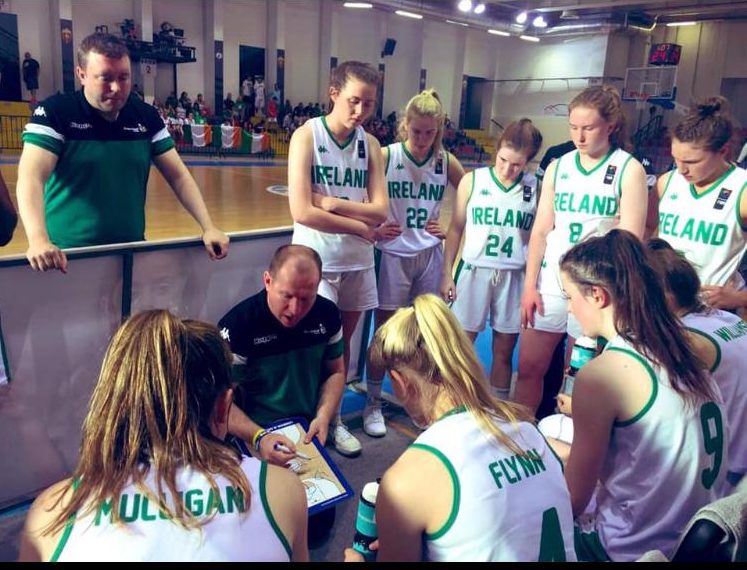 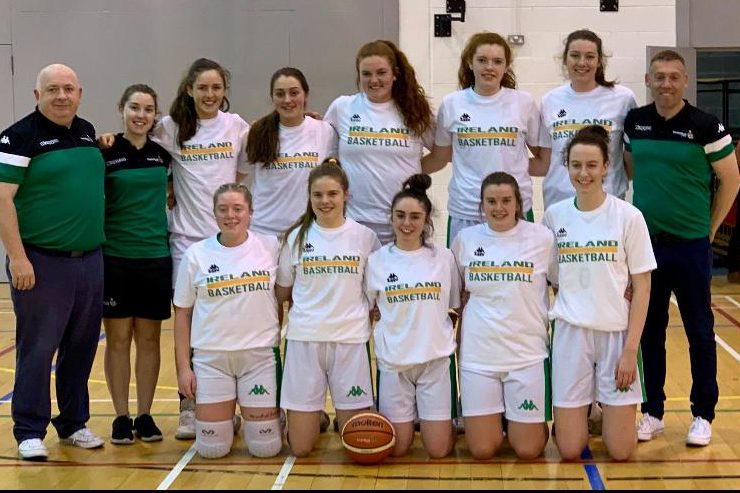 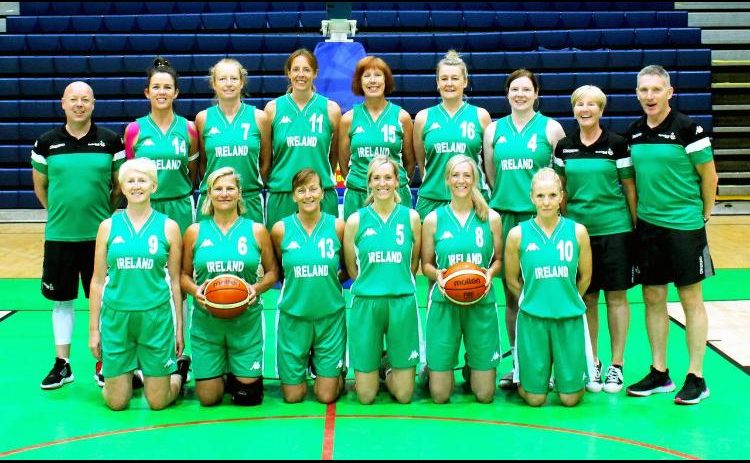 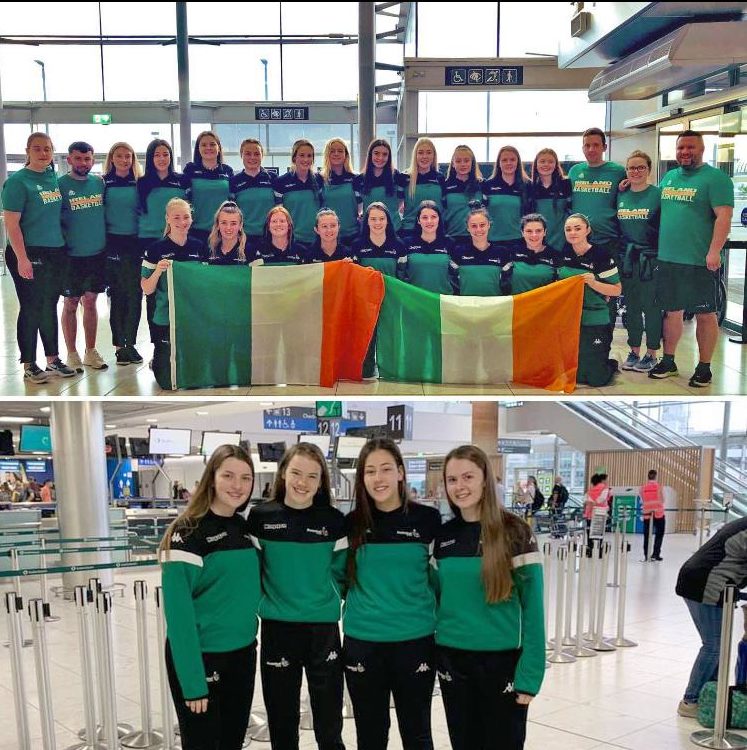 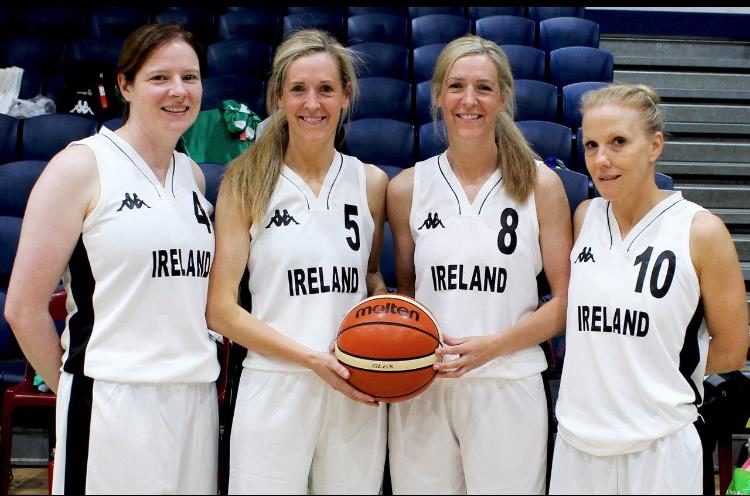 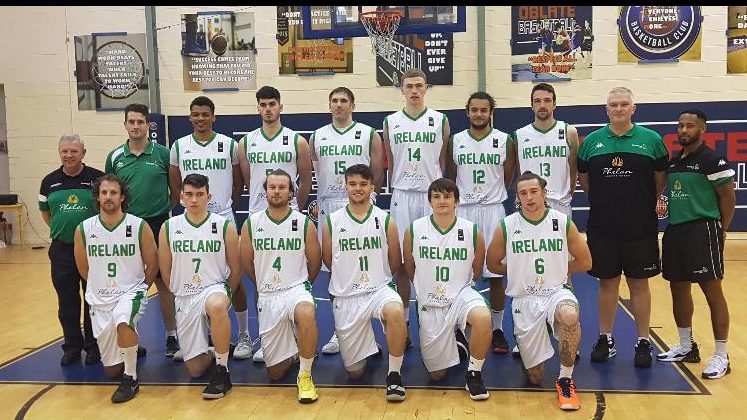 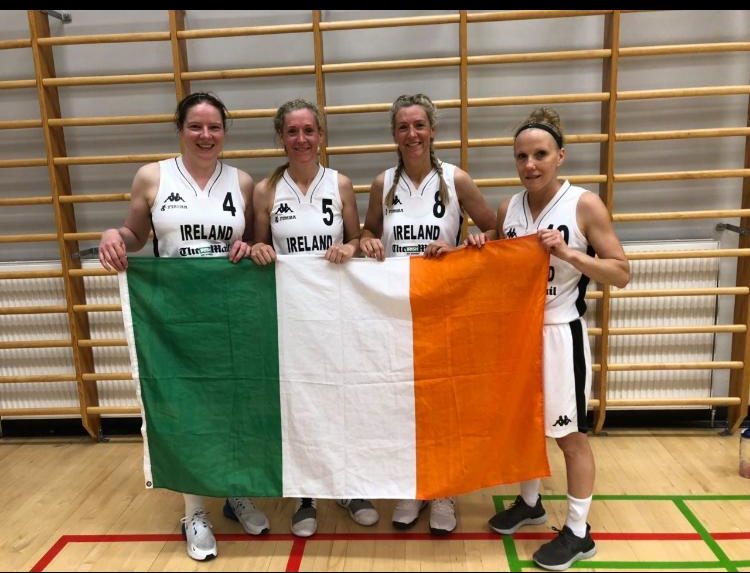 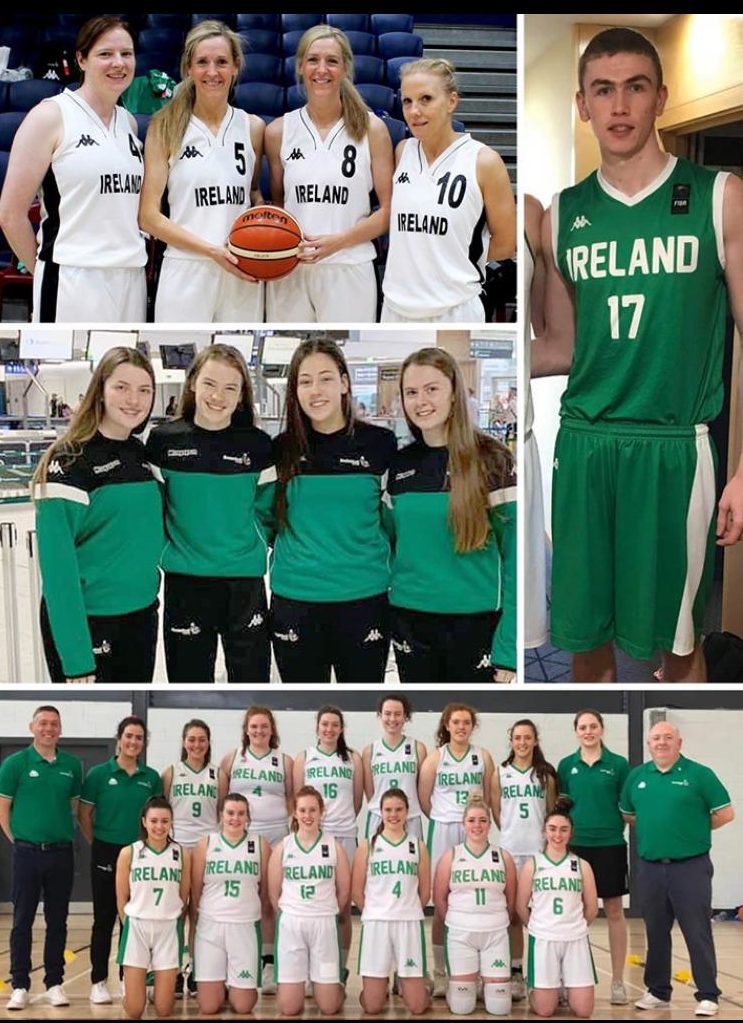 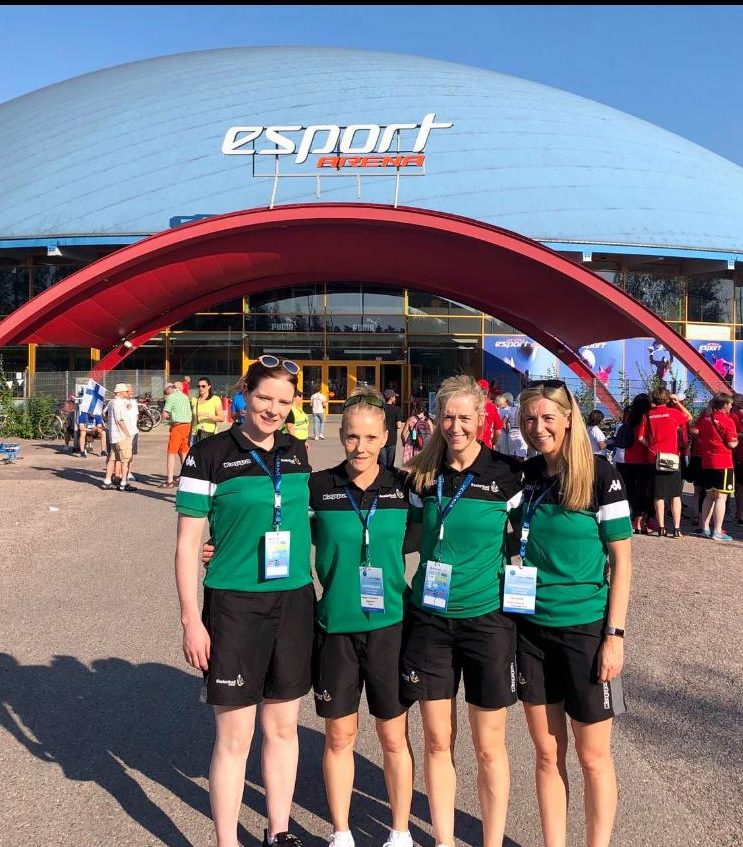