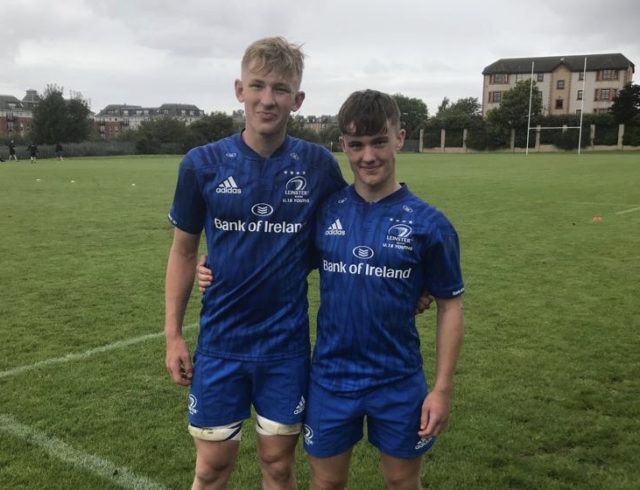 Today saw two Laois men line out for the Leinster U18 clubs side in Edinburgh.

Fionn McWey from Clonad and Rosenallis’s David Dooley represented their club, county and province in this clash with Scottish side, Boroughmir RFC.

Fionn, who plays for Portlaoise RFC Fionn has even taken his talents to coaching, helping Mountrath CS claim their first ever rugby title earlier this year.

Fionn has also left his mark in both gaelic football and hurling, for Ballyroan-Abbey and Clonad, repsectively.

David, who plays for Tullamore RFC, comes from a sporting lineage in Rosenallis.

David was part of this year’s Laois minor hurling team, usually operating at centre-forward and put in some excellent displays throughout their season.

David’s father Seamus Dooley also played hurling for his county at senior level in the late 1990s and early 2000s.

Well done to both young men!