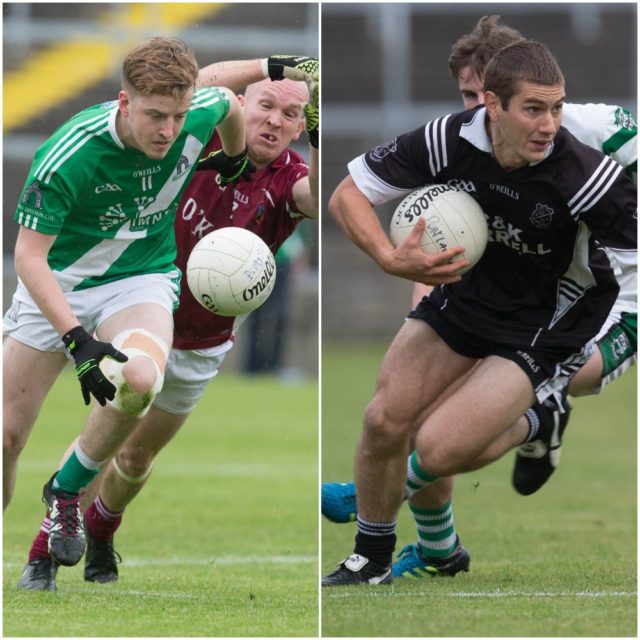 Ahead of this weekend’s clash between Arles-Killeen and Killeshin, we look back on Killeen’s victory over the same opposition in 2016.

This set up an intriguing clash in Round 3 with the winners moving into the quarter-finals and the losers would be elimnated from the championship.

Killeen were made to work hard for their victory with the first-half being a highly contested half of football. Killeshin went ahead by four mid-way through the first-half as a free from David Ashton and three points from Cathal Brennan put his side in the driving seat.

Killeen got into the game and had their first goal after Sean O’Shea ghosted through the defence to smash the ball into the net. Points were traded between both teams before Killeen pointed five without reply.

Killeshin responded well and scored three points of their own without reply as the game began to liven up. Killeen showed thier qualit and got in for their second goal.

An Sean O’Shea shot was saved by Shane Coakley but Donie Kingston was on hand to stab home the rebound. Kingston and Brennan traded frees as Killeen went into the break with a four-point lead.

Kingston was proving too hot to handle as he scored the first point of the second-half. He then put the game to bed as he assisted Donie Brennan and the Laois veteran made no mistake in smashing the ball into the net.

Killeen now led 3-8 to 0-9 with 35 minutes on the clock. The lead was too commanding for Killeshin to mount a come-back and Killeen saw the game out well.

Brennan was immaculate with his free-taking as he kept tacking on scores for his side. Kingston and Brendan O’Shea were efficient in their scoring and kept Killeshin at bay.

Killeen almost had a fourth goal, only for Shane Julian’s effort to be saved by Coakley in the Killeshin goal. Killeshin weren’t getting any luck and when Aston’s shot looked to have beaten the Killeen goalkeeper, Sean O’Shea was on the line to clear the ball.

Killeen ran out seven point winners in the end and could look forward to a quarter-final with Ballyroan-Abbey. Meanwhile, Killeshin’s championship campaign had come to an end.

Killeen were eventually eliminated by Portlaoise, in what was their second loss against Portlaoise in the 2016 championship.